Protecting Everyone From Themselves 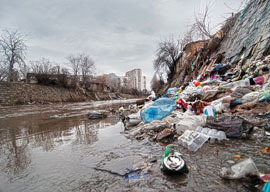 Of recent years I have noticed something rather peculiar about hotels. Nowadays they treat their guests as if they were all potential suicides: that is to say, as if their first thought on arrival in their rooms was to jump out of the window. To protect against this mass suicidal mania of hotel guests, the hotels have installed windows that cannot be opened more than a few inches, which means that the rooms are stuffy and airless.

This mania for protecting guests from themselves reaches its apogee in England, where I once stayed in a ground-floor hotel room that overlooked the parking lot. The drop from the window to the ground was about two and a half feet, so the worst injury that anyone who jumped from it would likely sustain was a twisted ankle. Moreover, just beyond the parking lot was a railway line and a canal, both handy for intending suicides. Next the window that would not open wide enough to let any air in was a notice:

For your comfort and safety, this window has been provided with a limiting catch. Please do not force it.

“Many of us would not even be able to define our carbon footprint, let alone care about it.”

For my comfort? I am one of those persons who finds airless rooms uncomfortable. Unlike Dr. Chasuble, who was peculiarly susceptible to drafts, I detest a stagnant and temperature-controlled indoor atmosphere. I find such atmospheres not only uncomfortable but discomfiting. They always bring to my mind thoughts of totalitarianism, of higher authority imposing its will upon me, allegedly for my own good but mainly for the sheer pleasure of exercising an inescapable power over me. And what could be more authoritarian than not allowing me to have a little draft in my room?

The little lie contained in the words “for your comfort” irritated me, though I admit that my propensity to irritation (not entirely unpleasurable, for it gives me a sense of moral superiority) increases with age. I see these little lies everywhere I go, for example in a rather grand hotel in which I happened to stay the day before yesterday”at someone else’s expense, of course.

The receptionist gave me my key with a leaflet that detailed instructions of what to do in case of fire. I wanted to ask, “Do you have many fires here, then?” but I didn”t. Three other questions occurred to me: Would anyone read these instructions? If anyone read them, would anyone remember them in the event of a fire? If anyone remembered them, would anyone obey them who would have behaved differently if he had not read them? If the answer to any of these questions is “No,” the corollary question is, “What is the purpose, then, of the leaflet?”

The purpose of the leaflet is not so much to save lives as to forestall litigation. Everyone”or at least everyone who provides a service to the public”lives in such fear of his legal liability that he must think like a chess grandmaster; that is to say, several moves ahead. Some small print can in time save a great deal of legal trouble.

The cumulative result of this world of small print is that we think we live in dangerous times, full of hazard, when we live in the safest of times. On the train en route to the hotel, I and all the other passengers were asked over the public-address system to read carefully the safety cards telling us what to do in the event of a crash. Train crashes are extremely infrequent, and I doubt that a single life has ever been saved by information about safety onboard, but at least it would not be the railway company’s fault if its passengers did not know what to do or how to comport themselves when their carriage came off the rails at 100 miles an hour. At least they had been warned.