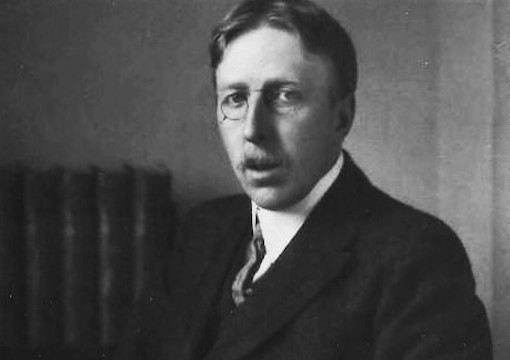 Harvard man Russell Seitz has sent me an extraordinary present as an object lesson in “what a magazine should be, in case you start another one.” The paper has yellowed and is dog-eared, pages are falling out and the print is faint, but The Transatlantic Review, Vol. 1, dated January 1924, is a joy to behold. Mind you, we were already one hundred years old when Ford Madox Ford first edited TTR in Paris. And that’s what I told my friend Russell. Anyone who writes or reads The Spectator in the U.K. is not likely to be impressed by other publications, including a posturing peacock of the BBC who recently spouted gibberish learned at university diversity courses.

Spectator or no Spectator, The Transatlantic Review was an impressive monthly. There were four poems by e.e. cummings and two cantos by Ezra Pound, my hero. It cost fifty cents and there were pieces by T.S. Eliot, Joseph Conrad, and H.G. Wells. Best of all, TTR announced the debut of a young man who would edit the next issue, an American expatriate by the name of Ernest Hemingway. (Boy, oh boy! Don’t get me started.) But it does get me started. Papa was the only man I know of who read all his obituaries after his plane crash in Africa when he was presumed dead. Nobody, but nobody gets to read their obits, yet Papa did.

“Nobody, but nobody gets to read their obits, yet Papa did.”

Ford Madox Ford was a difficult man, overweight, a bit smelly, and rather tragic, but a great writer, as they all had to be back then. Dining with Papa Hemingway at the Closerie des Lilas, a restaurant to which I first took a young Alexandra Schoenburg in order to impress her with my Papa knowledge, Ford Madox Ford was asked by Papa what the definition of a cad was. “A cad is someone who is not a gentleman,” answered Ford. “Is Ezra a gentleman?” asked Papa. “Of course not, he’s an American,” quipped Ford. Papa said he should have taken a swing but felt sorry for the smelly one. Mind you, bad smell or not, Ford wrote a brilliant novel, The Marsden Case, a superb study in technique and characterization. It’s humorous and whimsical and very English.

I have no idea how long The Transatlantic Review lasted, but probably not too long, these things never do. All the contributors, however, went on to great things, including Nobel Prizes and the lot. Poor Ezra Pound, a wonderful poet and teacher, ended up in jail for having backed the Duce. Leave it to the Allies to stick a truly good man in jail for having broadcast a few truths about Mussolini while French collaborators enjoyed the good life uninterrupted.

When I founded The American Conservative exactly twenty years ago, the main purpose of throwing lots of moola away was to stop neocon plans to enrich themselves by going to war in the Middle East. The money may have been wasted because my prime purpose—to stop the war before it began—had failed and failed miserably, but after five years I gave the publication away for one dollar and I hear it is now doing well. In fact I am going to a celebration of its twenty years next month in Washington, where the now monthly was always based.

One would think that as founder-owner-columnist I would be sitting pretty. If only. Editor Scott McConnell wanted to distance the magazine from Pat Buchanan, our partner and the reason thousands had subscribed before the first issue, but I put my foot down, hard. Then Scott found fault with one of my columns that advised male readers how to keep both a mistress and a wife happy. The column stayed. It was hard paying the bills while watching long faces at the stuff I was writing. And the long faces belonged to hacks whose names were not exactly dropped by many, if anyone.

So after five or so years I took a dollar and started Takimag online and gave it to my daughter, who owns and runs it, and now I’m happy writing this column and a monthly one for Chronicles and that’s the end of my story of trying to put Rupert Murdoch out of business.

The start-up fever hit me after my father’s death, when I put up the moola for a pictorial weekly called 1,000 Subjects. (It sounds much better in Greek: Hillia Themata.) It was a great success, so much so that every newspaper in Athens and every TV station produced an exact copy and soon put us out of business. I was in London chasing you-know-what and couldn’t give a damn. And busy writing three columns a week for The Sunday Times, the New York Post, and The Spectator. And partying hard every night, I sometimes wonder how I managed it. And now for the good news concerning the Barclays, Rothermeres, and Murdochs: You can relax. I do not plan to start a new publication in the foreseeable future.