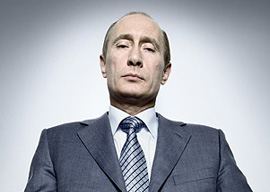 When I was a youngster in Brezhnev’s Russia, I was taught that wealth was relative. Though most people in the West were comfortable, they were poor by comparison to the rich, a problem we didn”t have. That’s why, on balance, we considered ourselves better off.

We knew the party elite were wealthy. They lived in large flats. Had country houses. Owned decent furniture and electronic equipment. Ate good food. Wore good clothes. Though we didn”t know this at the time, they lived”at best”as well as middle-class Westerners.

Glasnost and perestroika changed that lamentable situation. A giant transfer of capital abroad ensued, with the elite using “appointed” oligarchs as the conduit. But all those Abramoviches and Berezovskys acquired use of the capital, not its ownership. They were the leaseholders, with the freehold in the hands of a new elite made up of party functionaries, KGB officers, and underworld types. Overnight the new elite’s language acquired a new noun (dollars) and a new numeral (1,000,000,000). Gorbachev, immediately after leaving office in 1991, started a foundation said to be initially capitalized at $8 billion”not bad for a man whose monthly salary had been around $2,500.

In a 2007 interview to the German paper Die Welt, the political scientist Stanislav Belkovsky estimated Putin’s wealth at $40 billion. Belkovsky provided a quick rundown of Putin’s business interests: a 4.5% holding in the world’s largest gas producer Gazprom, along with 37% of Russian oil and gas giant Surgutneftegaz, and “at least 75%” of the oil trader Gunvor. (Putin vehemently denied this one.)

I have reviewed the Russian-language facsimile of a Federal Security Service dossier on Putin first published in the Russian papers Moskovsky Komsomolets and Versia and now reappearing on the website Compromat.ru. The dossier is in the standard format used by the FSB to collate embarrassing material on high government officials. In this instance it chronicles Putin’s activities in St. Petersburg where, before his transfer to Moscow, he was second in command to Mayor Anatoly Sobchak.

The dossier states that Putin’s “quest for personal enrichment and absence of any moral barriers became obvious at the very onset of his career.” As early as 1990 a group of Municipal Council deputies “conducted an investigation of Putin’s activities in issuing licenses for the export of raw materials.” In particular, the investigation dealt with export licenses to exchange raw materials for food. Such materials dutifully left Russia. No food came back.

“Can we in good conscience do business with Col. Putin?”

The dossier states that Putin was responsible for licensing a number of casinos, charging between $100,000 and $300,000 for each license. He also made a personal bid to acquire 40% of the Hotel Astoria, which was then being privatized. He lost the bid to a vodka-factory owner. Putin allegedly threatened the lucky winner that he would destroy the factory and its owner. The terrified vodka producer settled the grievance by paying Putin about $800,000. From 1992 to 2000 Putin also sat on the advisory board of the German real-estate holding Petersburg Immobilien und Beteiligungs AG, which German authorities have since investigated for money laundering.

The dossier emphasizes that in cahoots with Sobchak and Vice-Governor Valeri Grishanov (ex-Commander of the Baltic Fleet), Putin had a former naval base converted to a port called Lomonosov. This was used for two-way contraband activities, with various goods entering Russia and natural resources leaving it.