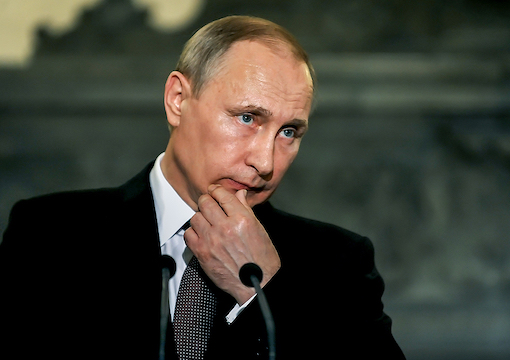 It’s foolish to speculate about the future course of a war, but three weeks into Mr. Putin’s War, it’s evident that Russia’s Plan A laid an egg.

Apparently, Plan A was, more or less, to win a stunning, virtually bloodless victory in the vein of Russia’s Little Green Men taking over Crimea in 2014 with only about a half-dozen deaths on all sides.

Airborne troops would seize Kiev’s Hostomel cargo airport, establishing an air bridge in the capital’s suburbs. The Kiev government would ignominiously collapse and the Russian conquerors would be cheered by their millions of Ukrainian supporters. Numerous popular Ukrainian politicians, many of them on the Kremlin’s payroll, would jockey to be Moscow’s new best friend in Kiev.

The despised but desperate Ukrainians drove off the initial Russian assault. Moreover, Moscow’s expected indigenous political support for a Russian invasion proved to be some combination of wishful thinking and a swindle.

It’s hard to know which spy vs. spy rumors to believe, but one not-implausible theory sounds like a cross between two novels about scammers claiming to be in charge of nonexistent underlings: Ukrainian-Russian Nikolai Gogol’s 1842 satire on Slavic corruption and inefficiency Dead Souls and Graham Greene’s 1958 MI6 spy comedy Our Man in Havana in which an agent boosts his income by concocting a spy ring he claims to run within Batista’s regime. According to one unconfirmed report in The Times of London, Putin has arrested Sergey Beseda, his intelligence chief in charge of spending billions to bribe Ukraine’s political class into supporting Moscow.

Another source denies Beseda’s arrest and says he’s just being interrogated about what happened to all the money he supposedly paid to Ukrainian traitors, who might or might not exist. (All those Hollywood Hills mansions bought by Slavs don’t pay for themselves, you know.)

Russia’s Plan B was to advance by ground from the north, the east, and the south. If you have a GDP about an order of magnitude greater than your neighbor/victim, that kind of unimaginative plan ought to work. And indeed, the Russians have made substantial inroads on all fronts over the past three weeks.

But Russians tend not to do Plan B all that well. Whether by nature or nurture, they aren’t as fanatically organized as the Germans. And they can get moody when they stop believing in the philosophical rightness of their cause.

On the other hand, by the time they finally get to Plan C or D, Russians often grind out some kind of win.

On my one visit to Russia, back in 2001, I needed to place a phone call home from a resort hotel for scientists in the woods. For boring 2001-era technical reasons, this proved a challenge. Each time I explained my problem to a Russian hotelkeeper, he would enthusiastically offer his Plan A for my placing a call to the United States. But when that failed, rather than dream up a Plan B, they all preferred to philosophize wistfully in the manner of: “But isn’t it always like this, my friend, in our mortal vale of tears?” (Eventually I found a guest, a hardheaded Dutchman who didn’t get discouraged or distracted by setbacks, and together we solved my problem.)

I was reminded of how the August 1991 Moscow coup by anti-Gorbachev Communist Party hardliners quickly dissipated into depression when Boris Yeltsin hopped on a tank and gave a fiery speech. When a young general informed the now-downcast Politburo that he could take his troops and simply arrest Yeltsin, they told him it was of no use, they were all doomed, so why bother?

The most historic instance of Muscovite depression is Stalin’s near-coma during the first week of Hitler’s invasion.

In the summer of 1939, the opportunistic Stalin came up with a spectacular Plan A: ally with Hitler to divide up Poland, then sit back in peace while Germany invades France. After the capitalist powers once more exhaust themselves with years of trench warfare on the Western Front, the Soviet Union can stab Germany in the back and maybe march to Paris as well.

But Stalin’s Plan A was a dead letter by the first night of perhaps the most successful Plan A in modern warfare history, the German blitzkrieg through the Ardennes that led to the fall of France in six weeks.

Stalin’s Plan B was to trust Hitler. Act real friendly, keep delivering all the promised supplies, and ignore all the messages warning that the Germans were coming in the hope that Hitler will be a nice guy and not invade us.

On June 22, 1941, Stalin followed up with his Plan C: collapse on the couch until the Politburo came and shot him. But days later, his haggard henchmen arrived to say that if Stalin didn’t reassert command, they’d get shot too.

Similarly, the Soviet Union’s invasion of Finland on Nov. 30, 1939, was initially a humiliation. But the Soviets reorganized in early 1940 and by late winter outmanned the hard-fighting Finns enough to negotiate a limited conquest.

While Putin’s Plan B has progressed (slowly) on the map, the toll has been sizable: By Monday, as documented visually online, the Russians had lost over 200 tanks.

As guided missiles continue to get smarter, the amount of firepower an infantryman can now muster makes the traditional Russian forte of armored warfare increasingly hazardous, especially during Ukraine’s mud season when military vehicles are mostly restricted to one-dimensional roads.

Not surprisingly, as weaponry has advanced, in civilized countries like Russia most young men these days would rather play Call of Duty than engage in the real thing, at least not on somebody else’s turf. While the American military can continue to recruit some of the most public-spirited youths, in Europe, war (other than in defense of the motherland) is increasingly seen as an occupation fit mostly for the dregs of society.

This first became evident during the Balkan wars of the 1990s, when politicians had a hard time drafting normal guys to ethnically cleanse outside their borders.

That European mothers don’t want their rare sons used to invade somebody else’s country helps explain why Putin publicly denied to the women of Russia that any conscripts were being employed in his war (or, as he euphemistically calls it, special military operation). But he was then apologetically contradicted by one of his own generals, who admitted conscripts had already been taken prisoner.

The Ukrainians are fighting for their homes, while the Russians are fighting for some complicated historical theory Putin dreamed up while self-isolating from Covid. So far, the mainstream Russian troops mostly haven’t shown overwhelming martial ardor. Nor, fortunately, are there yet many videos online of Russian soldiers committing atrocities against civilians face-to-face (as opposed to long-range bombardments). Despite the Russophobic upsurge in the West, I’m impressed with the average Russian soldier’s apparent hope to just get this stupid war over and done with and get home in one piece without having done something he can’t live with.

Several Russian generals have been killed in combat, with some analysts speculating that it was due to the top men having to go up to the front line to motivate their troops.

In response to modern Russians’ lack of bloodlust for conquest, Putin has announced that he wants to import up to 16,000 Syrian mercenaries to help with the dirty work of assaulting the Ukrainian cities. Of course, these are the same pro-Assad troops that Putin had to bail out from having their government overthrown by Sunni rebels. How Arab hirelings would perform against Europeans fighting to defend their home turf is an open question. I’d bet on the Europeans, but some of Putin’s fans can’t imagine he’d misjudge.

The Russian air force has been curiously less dominant than expected, leading to speculation about whether they just don’t have their heart in it? Or perhaps due to corruption, it’s more of a Potemkin air force, with many planes grounded by embezzlement of funds needed for maintenance?

As a native of Los Angeles’ San Fernando Valley, I’ve long been curious about the source of the wealth behind all the Russians and Ukrainians buying Hollywood Hills estates from movie stars. And where I live down in the flatlands, there are now a lot of Slavic-speaking flatheads, military-looking tough guys who might be home fighting for the homeland except it pays better to provide security to oligarchs wintering in Bel-Air.

And by most accounts, there is even more wealth extracted from Russia on display in Cyprus, the Riviera, London, and New York. Russia is a potentially rich and strong country, but that degree of parasitism has to take its toll on any nation’s capacity to wage war.

Russia’s Plan C appears to be to give up on fighting a war of maneuver and just batter cities and factories with artillery. Retired Australian general Mick Ryan argues:

Now we see the beginnings of Russia’s ‘Plan C’ campaign in Ukraine. It is an even more ad hoc & brutal plan than their two previous attempts…. Plan C might be described as: hold current gains, long range firepower on cities, foreign fighters as cannon fodder, destroy as much infrastructure and manufacturing capacity as possible, expand the war to the west to deter foreign volunteers and aid providers.

What Plan D might turn out to be deserves some thought. Declare victory and go home? Threaten to escalate to tactical nuclear weapons?