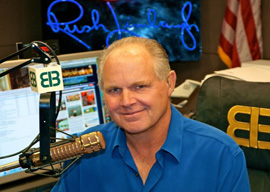 His “jokes” about the Catholic Church were juvenile truisms. On other topics, his “brilliant” observations barely approach cheap birthday-card standards.

Carlin’s ingenuity had nothing to do with words and everything to do with image. His career only took off when he swapped one Catskills uniform for another, trading his necktie for tie-dye.

His “Seven Words You Can Never Say On Television“ was a groundbreaking original routine based on an official Federal Communications Commission list of forbidden utterances. It’s a routine Carlin was prosecuted for performing, leading to a court case that changed the American cultural landscape in general, the broadcasting industry in particular, and nothing I just typed is actually true.

Carlin lifted the routine from Lenny Bruce. The FCC never kept such a list. Carlin was arrested once for performing the bit onstage, which simply burnished his counterculture cred. (See “Lenny Bruce,” above.)

“We can mourn the coarsening of pop culture, but clearly the FCC’s existence these last seventy-eight years hasn”t done much to keep that at bay anyhow.”

In 1973, a parent sued a radio station after it aired “Seven Words…” in the middle of the day, because Lord knows not much else worth worrying about was going on in America that year. The eventual Supreme Court (!) decision in Federal Communications Commission v. Pacifica Foundation called Carlin’s routine “indecent but not obscene,” (?) reauthorized the FCC to “prohibit such broadcasts during hours when children were likely to be among the audience” (duh)”and, I hope, led an American taxpayer or two to wonder what this five-year-long litigious and bureaucratic pissing contest had cost them.

It didn”t cost Carlin a dime”and he reaped the publicity dividends until his death decades later.

Some sports franchises earn more revenue from merchandise than ticket sales. Likewise, Detroit car companies are now behemothic pension funds that manufacture the occasional unwanted automobile as a quaint sideline. Now consider the FCC: It’s a more efficient publicity machine than any actual talent agency. More seriously, any role it may have once played in “upholding community standards” and policing the airwaves is, like it or not, obsolete.

The Federal Communications Commission is “an independent agency of the United States government,” which sounds almost as comical as “obscene but not indecent.” Less funny is its $300-million-plus annual budget, and its mandate to”well, who knows anymore?

Established as a kind of hall monitor of radio (and now TV) broadcasting, the FCC’s “mission and strategy“ as of 2006 is to ensure that “all Americans…have affordable access to robust and reliable broadband products and services” (?!) and to guarantee that the nation’s “media regulations” will “promote competition and diversity””something that “regulations” have always been super-duper good at doing.

Oh, and once in a while, the FCC yells at someone for something. Remember when Janet Jackson’s pastie-covered nipple peeked out during her Super Bowl XXXVIII halftime show with Justin Timberlake? (Sorry. Had you finally forgotten?)

The FCC fined CBS $550,000 for airing this “wardrobe malfunction.” The fine was later tossed out, but not before hack pundits mused about “censorship” for millions of (uncensored) words on end, a bunch of lawsuits were launched, settled and appealed, and other boring things happened that I”m too lazy to read about.