Q&A On the Wuhan Virus 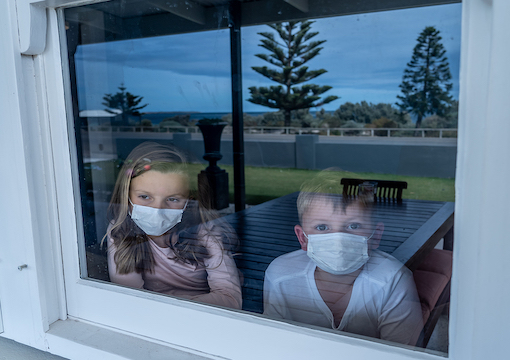 As you can well imagine, my mailbox has been overflowing with questions about the coronavirus from precisely ZERO readers. So I decided to write my own questions. I know this is what you would be asking if you were not standing in line, outside, 6 feet apart, to purchase a quart of milk.

What do you think of the media’s coverage of the Wuhan virus?

It’s like a nonstop “War of the Worlds” broadcast, which in 1938 panicked more than a million Americans into believing Martians had landed in New Jersey, sending people fleeing to the mountains, loading their shotguns and barricading their homes. And that was a single radio broadcast!

Today we have nearly all of media — which I notice are doing fantastically well during the crisis — terrifying the public about an apparently indestructible, omnipresent virus.

You don’t think the China virus is as dangerous as they say?

Well, it is a virus capable of eliminating all human life, which would be bad, but not all bad because then you’d never have to see another TV commercial with some company saying they consider you “family.”

So you think it’s safe to start lifting the stay-at-home orders?

Of course. I ask again: What was the purpose of telling everyone to stay home? Aren’t we all Wuhan-free now? More than 90 percent of the country has been self-quarantining for more than a month. Either we had it and didn’t know it, or never had it at all. But in any event we don’t have it now.

“Liberals can triple down on all their fascist stuff — as long as it’s limited to the vulnerable.”

Or was that whole stay-at-home mandate just for fun?

What about threats of a resurgence?

Luckily the hospitals are half-empty, waiting for the gusher of coronavirus patients.

So we do nothing?

No, not at all, but now that 90 percent of us are Wuhan-free, these are the only things we need to do:

1) A real immigration moratorium, like this country had from 1924 to 1965. (I’d also recommend that the other 49 states shut down flights from New York, but I’ll leave that up to them);

2) Concentrate all protections on the elderly/immunocompromised;

3) No more handshaking, and liberal use of surgical masks in confined spaces.

Other than that, WE’RE DONE NOW.

But we know virtually nothing about this virus: why it kills, what stops it, how it’s transmitted.

Actually, we know one very important thing: By total serendipity, the Wuhan virus mostly kills people over the age of 70. Nearly 80 percent of all coronavirus deaths in the U.S. are of people over 70 years old.

That sounds a little callous.

Not at all. It’s a stroke of good luck! We’d be lucky if the virus targeted any specific group — the nearsighted, left-handers, golfers — because that would allow us to concentrate protections on that one group.

But it’s doubly good news because the Wuhan targets people who are mostly out of the workforce anyway. And we already have their names and addresses! How about the feds send a box of masks along with Social Security checks every month?

How will you get Democratic governors to go along with that?

Liberals can triple down on all their fascist stuff — as long as it’s limited to the vulnerable.

Over 65? You need a note from the governor to leave your home!

Fine! But let the rest of us get back to work.

Why haven’t they done this already?

Because that wouldn’t have the effect of wrecking the economy before the election.

Apart from the election, why would the media want to impoverish the nation?

1) Reporting on disasters is fun!

2) Their ratings are terrific — and, of course, they’re still being paid.

I thought Trump was the authoritarian!

No, he’s the lazy, narcissistic blowhard. Liberals are the authoritarians.

The shutdown is airport security for the whole country. Nineteen Muslim immigrants flew planes into the World Trade Center and the Pentagon, and suddenly little old ladies from Oklahoma had to be goosed at airports. We have to be safe!

A horrible Chinese virus sweeps the planet, which is devastating to older people but virtually harmless to the young — and the entire country has to be shut down. We have to be safe!

What about polls showing a majority of Americans want to keep the restrictions in place?

The media have frightened gullible suburban woman into a state of hysteria. (Talk about whipping up your ignorant base!) Kids could basically mainline coronavirus and they’d be fine. But soccer moms don’t want their kids going back to school.

Whether it’s rational or not, people aren’t going to go out like they used to.

My entire life, liberals have said, “Don’t like abortion? Don’t have one.” “Don’t like pornography? Don’t look at it.” And so on.

So you recommend going out again?

Sure, what’s the worst that could happen? Sure, you could die, but you probably won’t.