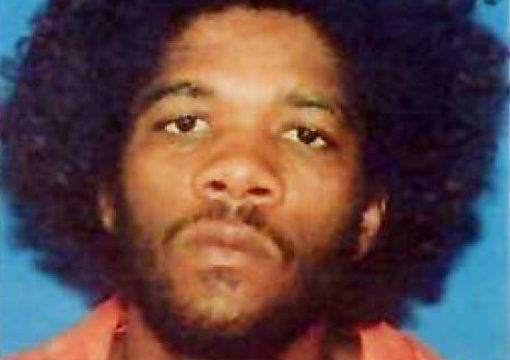 Having run out of international con women to promote or innocent biological weapons researchers to accuse, The New York Times’ Nicholas Kristof is banging on about a spectacularly guilty quadruple murderer who — according to Kristof — “is very likely innocent.”

In this belief, he is opposed by more than a dozen courts, including the California Supreme Court, the infamous 9th Circuit and the U.S. Supreme Court. Joining Kristof’s crusade are Kim Kardashian and the usual pro-criminal misfits. (At least Ivanka is no longer making criminal justice decisions for the White House!)

On June 4, 1983, a Chino Hills, California, couple and two children were hacked to death by a perpetrator using a hatchet, an ice pick and a hunting knife. Doug and Peggy Ryen, both 41 years old, had been chopped, slashed and stabbed 37 and 33 times, respectively. Their 10-year-old daughter, Jessica, had 46 wounds, and a visiting neighbor, 11-year-old Christopher Hughes, had 25. Some of the victim’s body parts had been fully amputated. The Ryens’ 8-year-old son, Josh, miraculously survived, despite a slit throat and hatchet blows to his head.

“Nick Kristof, the most easily fooled man in America.”

Christopher’s father discovered the nightmarish scene the next morning, when he came to pick up his son for church.

In 1985, a unanimous jury convicted Kevin Cooper, a violent rapist, career criminal and escaped mental patient, of the murders and sentenced him to death. His story illustrates why more prisoners on death row die of natural causes than execution.

One year before the Chino Hills slaughter, Cooper was released from a Pennsylvania prison, where he’d been serving time for a string of burglaries. In short order, Cooper violently kidnapped and raped an underage girl who’d interrupted him in the middle of yet another burglary, stabbing her in the eye with a screwdriver.

He was sent to a state psychiatric hospital, escaped and fled to Los Angeles, where he was soon convicted of two more burglaries and incarcerated in a men’s prison in Chino. Unaware of his criminal and psychiatric history, prison authorities mistakenly housed Cooper in a low-security wing. He escaped on June 2, 1983, and made his way to a furnished, unoccupied house just 50 yards from the Ryens’ home. There, he spent two days hiding out, watching the news about his escape, and calling friends, asking for money to get out of Chino.

On June 4, the night of the murders, Cooper fled to Mexico, checking into a hotel in Tijuana, about 130 miles south of Chino Hills, at 4:30 p.m. the next day. A few days after the murders, the Ryens’ stolen station wagon was found in a church parking lot in Long Beach, California. Cigarette butts in the car were identified as prison-issued Role-Rite tobacco and rolling papers, unique to the Chino prison. The butts also matched those found in Cooper’s hideaway house.

In Mexico, Cooper introduced himself to an American couple as “Angel Jackson,” and became a deckhand on their sailboat for a trip up the California coast. At a stop in Pelican Cove, near Santa Barbara, the three of them joined another couple for dinner on their sloop. Later that night, “Angel” returned to their hosts’ boat and raped the wife at knifepoint.

The rape victim and her husband called the police, and “Angel” was arrested. (He said the sex was consensual.) While at the sheriff’s office to give her statement, the wife noticed a “Wanted for Murder” poster with a picture of her rapist. “Angel Jackson” was identified as Kevin Cooper and sent back to San Bernardino to face charges for the Chino Hills massacre six weeks earlier.

Among the hundreds of pieces of evidence used to convict Cooper for the Ryen murders were:

— Shoe prints on a sheet in the Ryens’ master bedroom and on a spa cover outside the house. The prints, in Cooper’s shoe size, were made by a Pro-Ked Dude shoe — the shoes issued to Chino prison inmates and not available to the general public. They matched footprints in the unoccupied house where Cooper had been squatting for two days before the murders.

— A bloody hatchet found near the Ryens’ home that was identified by two of the absentee homeowners as having come from their house. The sheath to the hatchet was still in the bedroom where Cooper had slept for two nights.

— A drop of blood in the Ryens’ hallway that was consistent with Cooper’s rare blood type, establishing that the murderer was an African American.

— Luminol tests revealing a large quantity of blood in a shower where Cooper had been hiding.

Cooper’s groupies ignore all this evidence — and more! — and invent fanciful alternative theories of the crime. As always, they demand endless DNA testing.

Why not? DNA’s use for identification purposes wasn’t discovered until 1984. The first time DNA evidence was ever admitted in an American courtroom was in 1987. Consequently, if a single piece of evidence that was merely “consistent” with the defendant’s profile in the 1980s turns out not to match the defendant under more rigorous testing 40 years later, it’s a cheap Get Out of Jail Free card. And if the DNA matches? No harm, no foul.

So, in addition to nonstop frivolous appeals, Cooper’s advocates took up the cry for DNA testing, insisting that the DNA would prove him an innocent man, “framed” for murders he did not commit! Asked by CBS News if he would stop fighting and submit to his execution if the DNA was his, Cooper said, “That’s right. Because see, I say this with all the confidence in the world: I, Kevin Cooper, was never inside the home that I now know is the Ryen home.”

Guess whose DNA it was?

The California Department of Justice DNA Laboratory at Berkeley definitively established that Cooper’s DNA was in:

— a bloodstain inside the Ryen home;

— the cigarette butts found inside the Ryens’ stolen station wagon;

And guess who hasn’t given up demanding more tests, more appeals and more investigations of their preposterous theories of the crime? Well, yes, obviously Kevin Cooper, the mass murderer himself, but also, Nick Kristof, the most easily fooled man in America.