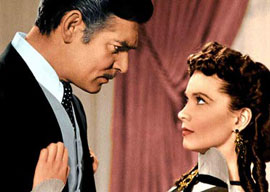 The disappearing middle. A study out of Oxford University, written up on Slate.com, says that 47 percent of US jobs are “at risk” of being automated in the next 20 years. The Slate guy says we have to Fix The Schools so that everyone is still employable. In the leftist mind there’s no social problem that can’t be solved by Fixing The Schools, which seems to translate as “making dumb people smart.” Yeah, we should get right on that.

Economist Tyler Cowen is plowing the same furrow in his new book Average is Over. Smart people will get rich; dumb people will keep the place clean; Joe and Sue with middling IQ will be out of luck.

Anecdote: A few months ago I was at a dinner with, seated at my left [sic], Roger Kimball, publisher of Encounter Books and The New Criterion, and Norman Podhoretz of Commentary. I mentioned the rising waters of automation. Roger: “Oh, I’ve been hearing about that all my life, about how we’ll all be put out of work by machines. Yet I’m working harder than ever!” Norman: “Me too! Ha ha ha!” Everybody: “Ha ha ha!” Uh….

Mnemonicizing the Civil War. In a blog post at VDARE.com I mentioned the old schoolroom mnemonic for the sequence of battles in the Wars of the Roses. Is there a mnemonic for remembering the battles of the War Between the States?

I couldn’t find one, so I thought I’d make one up. Two problems arose immediately. First, there are just too many battles”at least thirty, depending on what you count as a significant battle. A thirty-word mnemonic is too unwieldy. And then there’s the double-name issue. The South remembers several battles by the names of nearby settlements: Manassas, Sharpsburg, Murfreesboro. The North remembers the same battles by terrain features: Bull Run, Antietam Creek, Stone River.

Picking the dozen biggest engagements, by butcher’s bill, putting them in chronological order, and using Union names, I came up with this mnemonic: “Dinner: String Beans And Stuffed Chicken, Grilled Very Crisp With Swiss Cheese.” No, it doesn’t make much sense; but then, neither does “Kings Play Chess On Fat Girls’ Stomachs.”

Right and wrong. I went to a talk addressed by social psychologist Jonathan Haidt, who wrote this really terrific book about our moral faculty. The big takeaway from the book (though there is much, much more in it than just this) is that our moral intuitions can be modeled in five dimensions: Care/Harm, Fairness/Cheating, Loyalty/Betrayal, Authority/Subversion, and Sanctity/Degradation. People who identify as liberal are strong on the first two dimensions but light on the other three; conservatives are better balanced. That made liberals mad (see the one-star reviews on Amazon), though Haidt says he’s mainly liberal in sentiments.

Haidt is as interesting in person as in print. He’s been toiling in the vineyard of moral psychology for years. He knows all the players and all the theories. He has the data at his fingertips and cogent answers to all objections.

Listening to him, though, I felt a breath of chill wind. The left-liberal outlook, with its scant regard for those last three dimensions, is completely dominant in the Western world. So will our concerns for loyalty, authority, and sanctity just fade away? Humanity’s long aversion to homosexuality, for instance, is surely based on the notion that it’s degrading. Now that we are not allowed to think that, is our Sanctity/Degradation module weakened? Will it atrophy and die? Or is our disgust just retargeted to something else”to homophobia, perhaps? And our reverence also, to new objects?