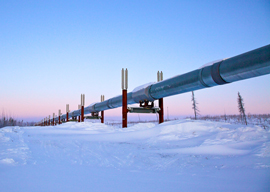 Zero Shades of Gray.  The U.S. Supreme Court punted on homosexual “marriage“ the other day. I can”t summon up much interest, having long since sunk into fatalism on the issue. The cultural revolutionaries are going to shove this absurd notion down our throats [sic] and there’s nothing we can do to stop them.

As a lover of language, though, I did bristle to read, back in August, of the arguments before the 7th circuit Court of Appeals in Chicago, where attorneys for Indiana and Wisconsin defended their states” traditional definition of marriage.

It seems that we have now completely lost the understanding that there are acceptable, socially useful attitudes in between (a.) enthusiastic approval and (z.) “hate.”

Mild disapproval? Grudging toleration? Amused indifference? Resigned distaste? No such things! If you don”t love us, you hate us.

“We live in an age of bad, stupid ideas. Mass immigration of Muslims into non-Muslim nations may be the baddest and stupidest.”

Forgetting How to Hate.  Not that there isn”t a time and place where hate is an appropriate emotion.

Macyo Joelle January, 19, was found guilty of murdering Staff Sgt. David Dunlap, 37, and his pregnant wife Whitney Butler, 35, after the two walked in on him burglarizing their Colorado Springs home Jan. 14, 2013. … Now, just days after the verdict, [Butler’s mother] said she would honor the couple’s memory by not “letting it make us bitter or vengeful or hateful.”

The lady’s entitled to her opinion, nobody more so. I do wish, though, that in just one of these stories, just once, I would see the bereaved reported as saying: “Lock that critter up as tight as you like. I”ll get my hands on him somehow, someday, and teach him the meaning of pain.”

For the Engineer in Your Soul.  Reporting on Alaska here at Taki’s, I had no space to pass comment on the pipeline, which impressed the heck out of me. It should impress anybody with an appreciation for engineering prowess”which means, to this benighted reactionary, any red-blooded male.

The pipeline is 800 miles long, 380 of those miles below ground. The oil flows warm, so you don”t want the pipeline underground in permafrost: it would sink in the thawed mush and break. So in permafrost territory you run the pipeline aboveground on H-shaped steel supports.

But those supports will themselves conduct heat down into the permafrost. Solution: Each support’s uprights are little refrigeration units, with vanes at the top to carry away the heat. (You can see the vanes here.) There are sixty-one thousand of those refrigerated supports.

The whole thing was built in three years, 1974-77. There were giants in those days.

Absimilation.  My ambition is to coin a word, a word that will end up in dictionaries. I figure it’s my only shot at immortality.

I may have pulled it off with “bleg””Ctrl-F on my name at the Wiktionary entry for that word: “To create an entry on a blog requesting information or contributions.” I haven”t yet seen “bleg” in any real dictionary, though, so I”m holding off on the champagne.

There is no entry in my Webster’s Third between “absidiole” and “absinthe”; so in my universe-spanning bestseller We Are Doomed I floated the word “absimilation.”

The English word “assimilation” derives from the Latin prefix ad-, which indicates a moving towards something, and the same language’s verb simulare, “to cause a person or thing to resemble another.” You can make a precisely opposite word using the prefix ab-, which marks a moving away from something. Many immigrants of course assimilate to American society … Many others, however, especially in the second and following generations, absimilate.

They sure do. Hence the stories you keep seeing about British and American jihadis, usually young men and women from immigrant Muslim families. Their parents assimilated, or tried to: the absimilated kids are off to fight for ISIS or al-Shabaab.

We live in an age of bad, stupid ideas. Mass immigration of Muslims into non-Muslim nations may be the baddest and stupidest.

Daemonical Hints of Truth.  Speaking of reactionaries: H.P. Lovecraft (1890-1937), the great American short-story writer, has been outed as a”gasp! Swoon!”racist.

Each year, the speculative fiction author who wins the World Fantasy Award receives an awards statue that’s a bust of author H.P. Lovecraft.