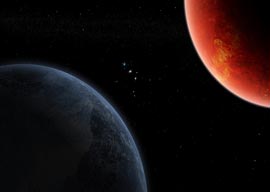 Advice to investors. In last week’s column “Don”t Sup With a FUP“ I offered a golden nugget of life advice to the younger generation:

Now that we know that Greece is the geographical equivalent of Lindsay Lohan, perhaps I should do another advice column, this one addressed to bankers and investors:

If I do so, I think I”ll avoid the acronym. “FUP” is just about all right for wide circulation, but “FUC”? Eh…

How many EU bureaucrats does it take…? There’s an old Levantine proverb about the relative worldly smartness of the different peoples in that region. Thus:

The first line there could use some revision. It probably dates from the Ottoman Empire, when Turks were the thickheaded but well-entrenched local superpower, so lazily complacent after centuries of political-military dominance that it was easy to outwit them.

“Now that we know that Greece is the geographical equivalent of Lindsay Lohan, perhaps I should do another advice column.”

For sure, Greece’s 11 million people had a fun few years there, cheating the heck out of the EU’s other 492 million and all their busy bankers and bureaucrats.

Let’s just hope Armenia never gets admitted into the eurozone.

Life lessons from an elder. My model for last week’s homily was the village elder that Arthur Koestler encountered when visiting newly Sovietized 1932 Turkmenistan.

This patriarch was presented to the foreign visitor to bear witness to the blessings brought by communism to the lives of nomadic goat-herders in the Karakum. He spoke thus:

I like to think that the life lesson I offered last week might be a tad more relevant to the complexities of modern life than the Turkmen elder’s, as well as crisper and more memorable”but judge for yourself.

Beware of the Kultprop. Arthur Koestler did not speak Turkmen. The patriarch’s words were translated for him by a person Koestler refers to as “the Kultprop.”

Foreign travelers in the U.S.S.R. were assigned a Party minder to make sure that everything they saw and heard was explained to them in terms of the approved narrative. (I had the same deal in post-Mao China. Hi there, Wang Yue!) These minders were employees of Stalin’s Department of Culture and Propaganda, Otdel Kultury i Propagandy. Hence “the Kultprop.”

Seems to me this term is due for revival. What are the diversity and inclusion consultants hired by all our big corporations, if not Kultprops? What else are the resident assistants at our universities, tasked with indoctrinating freshmen with the correct campus ethos of hypersensitivity toward every kind of human difference? What else are the social justice warriors who hounded a harmless young woman from her job for an injudicious tweet? Kultprops, all of them.

In and out with Derb. I”m looking forward to the pictures from the Pluto flyby on July 14. Aside from the intrinsic interest, it’s kind of personal.

Solar-system exploration by robot probes has been a thing of my adult lifetime, quite precisely. I was a 14-year-old science geek when the first images of the moon’s far side came in. Six years later I shared the astonishment of geekdom at large when Mariner 4 sent back pictures of craters on the Martian surface. Craters! We”d all been expecting canals.