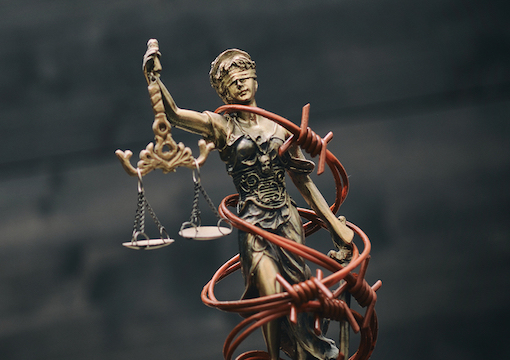 There will, by necessity, be an element of self-indulgence in this week’s column. It’s not possible for me to broach this topic without invoking my own circumstances; my apologies in advance.

Let’s start by acknowledging a simple fact: There is no black genocide in the U.S. Period. You can count the number of unarmed American blacks fatally shot by cops in 2019 on your fingers.

Again, there is no black genocide. Certainly not at the hands of cops or whites in general (and even the black-on-black death toll doesn’t rise to “genocide” levels).

Black activists and their media lackeys tell us the genocide is real. Kimberlé Crenshaw of the African American Policy Forum wrote in The New Republic last week that the “large scale death and destruction” visited upon blacks in this country by white cops and vigilante neighbors “falls squarely within the territory of genocide.” Ethnic-studies professor and BLM charlatan Dr. Andrea Moore routinely stresses in her media interviews that the entire point of Black Lives Matter is to combat “the genocide of Black people” at the hands of white cops. Charles Steele, president of the Southern Christian Leadership Conference, initially claimed that reopening states too early in light of COVID was “black genocide,” but last week he pivoted and said that black genocide is actually caused by cops, not coronavirus.

As the Illinois News-Gazette pointed out last month, “Not too long ago, if you described African Americans as victims of genocide, people dismissed you as either a demagogue or demented. Not anymore. The allegation of genocide is no longer viewed as excessive or extremist.”

“White supremacist murder by police and vigilantes has ripped away the shroud shielding the United States’ genocidal policies,” the paper concluded.

“Either numbers matter or they don’t.”

Oddly, many conservatives, including several former friends of mine, seem irked by this genocide claim. “It’s not true!” they screech. “Yes, blacks have endured genuine hardships in this nation’s history, but that doesn’t mean there’s a genocide going on today! Look at the actual figures of police-involved killings; blacks are not being murdered in droves. We must examine the facts, not bow to emotion.”

See, seven years ago I was banished from conservative circles for having been a “Holocaust denier” in my youth. The fact that I had never been any such thing was irrelevant. The Huffington Post and MSNBC called me “denier,” and that’s all that mattered. Friends turned their back on me, the GOP officially expelled me, and conservative website after website stood in line to pile on. The Washington Times called me “pure evil,” PJ Media called me “an offense to God,” and the American Spectator called me a “Jewish anti-Semite” who unleashed “uncomprehending horror” on the world.

True subtlety from our finest wordsmiths!

I tried to plead my case. I tried to explain that the points I made on national TV in the early 1990s were solidly based on facts and figures. I argued that much of what I’d said back then was and is confirmed by respected historians. “Please stop acting emotionally and look at the substance of my views,” I implored.

No dice. When it comes to genocide, those who fuss over the minor points of numbers and statistics are “minimizers.” Might there be one or two things “off” in the historical narrative of the Holocaust? Sure, but who cares? Genocide claims must be respected, not placed under a microscope.

How’s that working out for you now, conservatives? Most politicians from both parties, along with corporate America and 99% of the media, unquestioningly accept the claim that there is a genocidal plague of mass murder being visited upon blacks by whites (cops, “vigilantes,” etc.). Those who dispute that claim are attacked as racists and—oh my goodness—deniers!

My conservative pals are upset about this. “Don’t just accept the black genocide fallacy at face value,” they cry, “look at the numbers!” Black conservative Larry Elder is all in a tizzy because people aren’t viewing black death-by-cop stats “objectively” and without emotion. That’s the same Larry Elder who, until April 2013, was not only my good friend, but a business associate. When he threw me under the bus after my 20-year-old Holocaust comments resurfaced, he didn’t want to hear word one about “objective stats.” I had been accused of minimizing a genocide, so “objectivity” got tossed out the window.

And now Larry Elder and his buddies are the ones being called “genocide deniers.”

Serves them right. They helped create the environment that allowed this irrationality to metastasize. That’s why my specific case is instructive. Here, verbatim, is how the American Spectator paraphrased my supposedly insidious claims: “The Semitic death toll wasn’t 6 million, it was more like 3 or 4 million and, given the death toll of the war, that was hardly a drop in the bloody bucket. Moreover, the elimination of Jews wasn’t intentional. It was something that developed ad hoc as the conflict ground on.”

That’s the extent of my “uncomprehending horror.” That’s my “offense to God,” the proof of my “pure evil.” I said 3 or 4 million instead of 6 million. That’s my unpardonable sin. Now, back in 2013 I tried to explain that Raul Hilberg, the dean of Holocaust historians, had already stated that the figure of Jewish deaths was likely under 5 million. And the “ad hoc” (“functionalist”) Holocaust thesis was Hilberg’s, not mine.

Again, no dice. They didn’t declare me wrong, but “evil.” Thus, my arguments didn’t matter, because in a war of good versus bad (as opposed to truth versus error), there is no “debating.” You don’t debate Satan. This blind unreason, used by conservatives against me, is now being used by leftists against conservatives.

Okay, so what if it’s only nine or ten unarmed blacks killed by cops every year? Just say it’s a hundred, or a thousand; it’s the number BLM prefers. And anyway, haven’t blacks suffered regardless of the numbers?

These are the seeds you sowed, conservative defenders of Holocaust orthodoxy. Enjoy being on the receiving end of the reaming you gave me. Enjoy the sight of defunded police departments, looted businesses, and civilians at the mercy of thugs. Rejoice that all of this misery and chaos is being perpetrated in the name of a genocide that isn’t factually sound, because you’re the ones who protested so hard against the fact-checking of genocides.

The majority of serious Holocaust scholars do not view the 6 million figure as unassailable. Everyone who knows anything about Holocaust history knows that the number isn’t accurate, and everyone has simply come to live with the fact that you can’t publicly question it. That’s where we’re heading with “black genocide.” Everyone knows it isn’t happening, but soon enough, you’re not going to be able to say so publicly. If you’re in the business world or mainstream politics, or if you’re just an ordinary schmo trying to keep your head down, you already can’t question it. In time, most conservatives will fall in line. It’ll be easier to just go with the flow.

Because cowards always go with the flow.

For decades, conservatives joined liberals in supporting the crackpot notion that all Americans, and especially all white gentiles, need “Holocaust education,” because somehow all people of European descent are “responsible,” even if they have no direct or familial connections to the Axis nations in World War II. So of course it follows that all whites will need “black genocide” education. Holocaust education already set the precedent that “responsibility” is carried in your DNA, regardless of individual circumstances or life experiences.

Just as the Holocaust has allowed Jews to infantilize themselves, to live eternally in their minds as frightened, helpless shtetl-dwellers at the mercy of brutish gentile Nazis, “black genocide” will forever allow American blacks to see themselves as living the same struggle as Emmett Till or the residents of Rosewood. Holocaust wallowing allows Jews to live in denial of their wealth and influence; black genocide will allow blacks to live in denial of how good they actually have it in this country, and how they’re far more likely to be the aggressor than the victim in any black-white fracas.

I’ve been struck by the fact that Jewish organizations and Holocaust institutions have not come out against the use of the word “genocide” by BLM. Some of those Jewish and Holocaust orgs don’t even allow Armenians or Ukrainians to refer to their mass killings as “genocides.” My guess is that Jews see the inevitability of black genocide becoming an untouchable “truth,” and they’d rather capitalize on it than fight it. There’s more to gain from hopping on that bandwagon than spiking it. After all, black genocide is a tool to guilt, silence, and bully whites…the same target audience of Holocaust-induced guilting, censorship, and bullying.

The “black genocide” falsehood is here to stay. There is reward in embracing it, and risk in denying it. It’s going to become just another “legal fiction” that we accept because it’s expedient. We’re practiced at that. A pregnant woman might be on her way to an abortion clinic, but if she gets carjacked en route and shot in the stomach by the thief, and the baby dies, it’s murder…even though the baby’s life was about to be legally terminated anyway. A fetus is either a human life or a lump of clay, based on the mother’s intent. We know that doesn’t make logical or scientific sense, but it’s an expedient legal fiction that we’ve lived with for almost fifty years.

Similarly, we know that a man in a dress isn’t a woman, but look how acclimated we’ve become to the lie. Sure, “dude in lipstick,” I’ll call you “ma’am.” Why not; I know it’s untrue, but going along with the charade is the path of least resistance and lowest risk.

We’re all gonna continue to know that there’s no “black genocide,” and we’re all gonna act as though there is. Another big, veiny throbbing lie to take up the rear with a smile in the name of not having our lives ruined.

Because no one wants to be accused of being a genocide denier. Take it from me…it ain’t fun. And to my former conservative comrades who now find themselves being called deniers, no hard feelings. Indeed, I’ll share with you my secret for coping: alcohol, and lots of it.