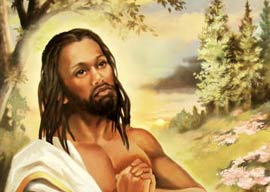 What’s fascinating is the degree to which it has subsumed other religions, which increasingly seem to parrot the delusions of its basic teachings. Except for highly marginalized racially oriented groups such as Aryan Nations and the Nation of Islam, most modern religions are already completely sucked into the globalist fold, apparently without the least awareness of what’s happened to them. Throughout 12 years of Catholic school, I don’t ever remember hearing the word “racism” used, but nowadays the elimination of racism is a primary plank of Catholicism, possibly because the Third World has proved to be such a fertile recruiting ground. You hear the same anti-racist gobbledygook spewing from the Assemblies of God, Episcopalians, Baptists, United Church of Christ, biblical fundamentalists, evangelicals, Jews, and Muslims. All of them wind up sounding like propagandists from the United Nations.

And you even see the same sort of religious thinking used against racists by self-proclaimed agnostics and atheists. They’ll bash Christianity with one hand and call slavery “America’s original sin” with the other. This should be no surprise, as a belief in any of the major world religions requires a tremendous leap of faith”as does a belief in equality.

Modern secular society’s three major sins are racism, sexism, and homophobia, with racism way ahead of the pack. I believe there’s a reason why racism takes precedence. Regarding sexism, no society”local, national, or global”could ever exist with a complete blurring of genders, or at least not until science renders sexual dimorphism irrelevant to human reproduction. This may be why sexism is not deemed nearly as demonically unspeakable as racism is these days, although it has been known to wreck a career or two. So-called sexists have spawned children long before the notion of sexism was invented”in fact, they do it far more prodigiously than do feminists and their compliant gelded male poodles. The variegated and ever expanding manifestations of “queerness” may curb overpopulation, but it is not essential to the globalist project, either. But a one-world oligarchy absolutely depends on the total eradication of national and racial identities, and white solidarity is currently the biggest obstacle to that project. Therefore, to be a white racist is about the deadliest sin you can commit in a world that seems to be inexorably hurtling toward global government once it can smash every last national border and crossbreed racial distinctions out of existence.

There is only one sin deadlier, and that is to suggest that this seemingly unstoppable global-equality Ansturm is being pushed by a handful of power-drunk elites who laugh at the idea of equality but force it on their inferiors because they”d rather step up their game and sink their greedy talons into the entire world instead of a mere nation or two.