Racism: The Last Refuge of Us All? 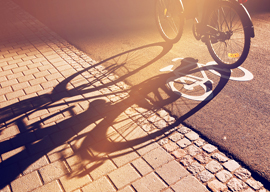 We”ve all heard Samuel Johnson’s famous adage about patriotism being the last refuge of a scoundrel, but I”ve always believed it’s racism that’s the last refuge of a scoundrel. Race is what you cling to when you have no meaningful achievements of your own to display. It’s a safe space for the unaccomplished. That’s why there’s been such an explosion of racism on the left, especially among some of its less successful demographic groups. When you have nothing to offer, or when you just don”t want to make the effort to be successful or productive, well…at least you have your skin. And the left has proved to be expert at making everything about skin. With so many layabouts, welfare cases, entitlement whores, and blame shifters among the masses, leftist intellectuals in politics, the media, and academia gain lots of traction by continually reassuring certain constituencies, “Hey, man, your skin color makes you special! Your skin color makes you deserving!”

I was struck by how pervasive this kind of thinking has become when I read an article a few days ago about Harvard’s new “blacks only” graduation ceremony (don”t worry”it’s not segregation, because even though nonblacks are forbidden to participate, they”re welcome to watch. “Hey, Rosa Parks, whatcha bitchin” about? You can still see the front of the bus, right? Isn”t that good enough?”). The “separate but equal” grad ceremony has received fawning coverage in the mainstream media (of course), and one of the black graduates who’s been front and center promoting the event is Courtney Woods of Harvard’s Graduate School of Education. In a GoFundMe campaign in which she begs for $4,200 for living expenses (she received only $975 from her obviously racist friends and family), Woods wrote, “I aspire to earn a Ph.D. in social policy to serve as a professor, community organizer, and social justice torch-bearer.” In an article in The Boston Globe about the whitey-not-welcome ceremony, Woods said, “I can only imagine how special I will feel when I walk across that stage and be able to honor my identity and my struggle at Harvard.” And there you have it. This poor child needs to “feel special,” and she’s been taught that the only way to do so is to “honor” her “identity.” Leftist scoundrelism at its finest (and don”t worry”Harvard is holding a separate ceremony for its Latino students, because after all, we don”t want anyone to feel excluded from the exclusion!).

None of this should be a surprise to regular Takimag readers. We”ve seen many, many similar excesses of nonwhite racial identity politics over the past decade. What fascinates me (not in a good or bad way, but just as a neutral observer) is the possibility that whites might follow suit. And not just whites on the right.

“The left is on a roll these days when it comes to labeling everything that is (supposedly) “white” as racist.”

The left is on a roll these days when it comes to labeling everything that is (supposedly) “white” as racist. Just last week here in L.A., a prominent bicycle-rights advocate who was running for city council crashed and burned (metaphorically) when the left declared bike lanes to be racist. And not just bike lanes, but also the enforcement of safe driving laws that protect cyclists. In other words, the two things that bicycle activists hold dearest”bike lanes and safe driving awareness”are now racist. The arguments? Safe driving enforcement will lead to “racial profiling,” because apparently nonwhites are such shit drivers that any attempt to keep bikers safe will by necessity lead to drivers of color being locked up (at least that’s the reason suggested by L.A.’s favorite Stalinist weekly). And bike lanes? Why are they racist? Simple, stupid. Bike lanes lead to white people entering black communities in a manner in which blacks are forced to see them. No, I”m not kidding. That’s the new big thing out here. Blacks don”t want to see whites in their neighborhoods, showing off their ofay devil skin and scaring the chillun. No joke. Two months ago, a black entertainment-industry insurer who lives in Leimert Park, a traditionally black L.A. neighborhood, organized a Saturday-morning jogging club made up of his friends and colleagues, most of whom are white. The fact that a bunch of white devils thought they could jog through a black neighborhood set off such a massive firestorm of protest, it became Metro section front-page news in the L.A. Times.

The Times also covered the controversy surrounding an “incident” in which a photo appeared online showing (as described by the Times) “four white women piled in a car, presumably going to or coming from the mall” at the Baldwin Hills Crenshaw Plaza. Yes, that was the story. Four white women “piled” in a car (don”t most vehicles hold four comfortably?) were seen either coming from or going to a mall in a black part of town. That was the entire story. A separate Times piece explained how dog walking is a menace in black communities, because it’s a “white” thing. Remember when a bunch of black celebrities defended NFL dog-torturer Michael Vick by claiming that the concept of being kind to dogs is a “white thing”? Well, apparently so is walking them.

So of course bike lanes are racist, because only white people use them. A piece in the Pittsburgh Post-Gazette outright stated it: Cyclists are white, so spending city money to create bike lanes to keep them safe is racist.

Jogging, cycling, safe driving, kindness to animals. These have all been deemed “racist” because they”re “white.” Here are a few other recent gems:

Encouraging the use of solar power is racist; we get this straight from the horse’s ass (i.e., Al Sharpton). And the push for marijuana legalization? Racist as shit. And hiking in the woods? Don”t even get me started on that. The wilderness itself is racist, because “escaped slaves” used to be confronted with “forests full of danger.” For people of color, “the wilderness, historically, is dangerous territory,” claims a Tokyo-born half-white/half-Asian wilderness racism “expert” in the L.A. Times. Ironically, her website shows her posing next to a tree. Kudos to the tree for restraining its racism for the sake of the photo.