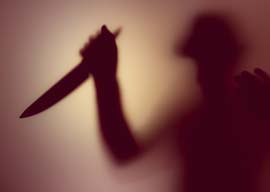 The April edition of International Journal of Epidemiology contains an article called “Sexual offending runs in families: A 37-year nationwide study.” A summary of the article runs as follows:

Close relatives of men convicted of sexual offenses commit similar offenses themselves more frequently than comparison subjects. This is due to genetic factors rather than shared family environment….

According to co-researcher Niklas Langstrom:

We found that sex crimes mainly depended on genetic factors and environmental factors that family members do not share with one another, corresponding to about 40 percent and 58 percent, respectively.

What we have found is high quality evidence from a large population study that genetic factors have a substantial influence on an increased risk of being convicted of sexual offences.

Researchers were careful to point out that they had not isolated a “rape gene,” only that their evidence suggested a strong genetic component behind any given individual’s proclivity to commit sexual assault.

Whoa, hold your hoss there, Dan Blocker! Everyone knows”or at least they”ve had it clubbed into their skulls like unwilling baby seals being attacked by rabid lesbians”that rape is solely the rancid effluvium of our sick culture…right?

Amid those for whom Culture Explains Everything, this insinuation that genetics may play a role in sex crimes led to a cacophony of horrified shrieks and panicked gasps. Amid that even more elite group for whom Rape Culture Explains Everything, the only viable explanation for rape is that to one degree or another, the Devil inhabits the souls of all men”or at least the white ones.

I”m one of those rare birds who believes that moral hysteria is never the best lens through which to view any given phenomenon. This principle includes rape, a topic that conjures more hysteria than most and is therefore universally misunderstood on a nearly tragicomic level.

Leftists hate using the idea of hard wiring to explain human behavior, which is probably why they rarely have concrete explanations for anything that humans do. A common blunder they make is to childishly insist on blaming this intangible bogeyman they call “culture” for all manner of social ills. If, say, there are stubbornly persistent measurable disparities between racial groups” mean intelligence, these are explained away as the inevitable result of an oppressive dominant culture rather than the horrifying possibility that evolution may play even the most trivial of roles.

Such logic-twisting gymnastics are never quite so contorted as when modern egalitotalitarians try to make sense of sexual assault. Starting with the flimsy Woodstock-era ethical presumption that all forms of sexual expression are innately good and life-affirming rather than ethically slippery and potentially harmful, they chant like little Buddhist robots that rape therefore has nothing to do with sex”it’s all about power instead. I”m sure you”ve heard that one countless times. The implication is that sex and power aren”t fatally intertwined, that the propagation of one’s genes isn”t simultaneously the most powerful and thus potentially dangerous instinct of all.

That is, quite naturally, a stupid implication to make. Sex and power aren”t discrete entities; if anything, they”re nearly synonymous.

In attempting to explain rape, the professional leftist excuse-making class blames it on a sinister and unnaturally imposed “patriarchy” that propagates “rape culture,” despite the fact that all evidence suggests our culture considers rapists and child molesters to be subhuman”and that’s on a good day.