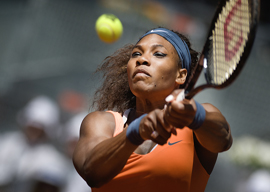 A letter from a reader in South Africa mentions that the writer’s father insisted a white dinner jacket was permissible only in Palm Beach, Biarritz, or the Riviera. I agree and stand corrected, having worn one at the Duke of Beaufort’s bash last July, but a heat wave is my excuse. England was a frying pan, I planned to drink it up, and a new Anderson & Sheppard dinner jacket was hanging Circe-like in my closet. The writer also included the fact that if the Duke is a rock star, as I described him in my July column, then all is forgiven. My South African correspondent would have had a surprise had he been there. There I was, looking like a Grecian version of Fred Astaire, surrounded by terribly young people dressed as if they were going to a formal rave in the Congo. Things sure have changed since my new friend from South Africa was caught by his father going to a deb dance in Long Island wearing white and was forced to change to black.

And speaking of things changing, signaling in tennis by coaches is nothing new, not that it works. I remember that when I was on the circuit, coaching by friends—there were no pro coaches back then, only countries behind the Iron Curtain employed them—was a no-no. The Yugoslavs did it nonstop and a South American player friend of mine, Eduardo Argon, playing a Serb at Wimbledon, told the Serb coach Palada time and again to stop it. What the ghastly Mouratoglou was signaling to Serena was quite important, however. None of the pundits got it. He wasn’t telling her to go to the net, but to play the center theory—hit it back deep and in the middle of the court, thus cutting down Naomi’s angles.

I felt very sorry for little Naomi Osaka, who beat the bully fair and square but had to put up with the Williams bullshit of being a mother—if I hear one more thing about her giving birth, I swear I will climb the Matterhorn and throw myself off it. The crowd booing a little Japanese girl who had beaten the big bully was as disgraceful as it gets. The woman who was giving the prizes and called the bully a class act reminded me of a used-car salesman’s spiel. Tora, Tora, Tora, Osaka won and Noo Yawkers should go back and have some more hamburgers.

“The old Rhodesia breaks one’s heart when thinking about it.”

But back to South Africa. African kleptocracy is nothing new but a subject to be avoided at all costs, according to those who, say, think Boris is over-the-top. I don’t. (His ghastly sister is.) Persecuted white farmers being expropriated without compensation is not going to find thousands marching down Piccadilly or Pennsylvania Avenue screaming abuse at the kleptocrats. No sirree, stealing white land is fine, as all Afrikaners are painted as white supremacists by the left-wing media. But leave it to the NY Times to soften the killings of white farmers by stating “that the killings of white farmers and white farm workers are at a 20-year-low, with 47 in 2018, since peaking in 1998, when 153 were killed.”

Gee whiz, by golly, that’s the best news I’ve heard since the fall of Paris in 1940. The fact that The Donald decried the seizure of lands from citizens because of their skin color in South Africa had the usual suspects up in arms. The irony was that I was reading a book by my great buddy Hannes Wessels as the land grab was being defended by bleeding hearts in London and New York. We Dared to Win: The SAS in Rhodesia is a book that will leave you saddened and angry that Britain turned against its kith and kin in order to appease a murderer like Mugabe. Wessels is the coauthor with Andre Scheepers, a true hero soldier in the Rhodesian conflict, a man wounded thirteen times in a war the Rhodesian SAS were not allowed to win. Scheepers is now a priest, while Wessels lives in South Africa and is the author of another terrific book, A Handful of Hard Men.

The soldier-turned-priest was offered a commission by the British SAS but chose the cloth instead. I guess he had seen enough. The old Rhodesia breaks one’s heart when thinking about it. I also remember an article by Christopher Hitchens making fun of Ian Smith’s facial tic, one acquired by flying for Britain against the Luftwaffe and getting shot at by the Germans. Such are the joys of being left-wing, one’s allowed to make fun of a hero’s facial scars received in fighting for Britain.

So what else is new? The repression and brutality that came to define Mugabe’s time in power are brought back to mind when I read about the heroics of a lost cause before it even began by true heroes such as Andre Scheepers and the Rhodesian SAS. The “crocodile” now ruling Zimbabwe is no saint, and had a hell of a lot to do with the murders of the Ndebele minority in 1983. The thousands who died were dissident supporters of Joshua Nkomo. It is all now forgotten and forgiven. But books are there to remind us, and in my case, make me angry as hell. Almost as angry as the one who had a child one year ago and plays tennis.