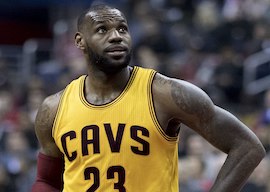 The end of the year always brings a plethora of “Best of…” rankings in the press, which, to be honest, tend to be prefab junk journalism by writers trying to get ahead so they can take some time off around Christmas.

I’ll have to admit that over the years I’ve perpetrated a few such lists. But I have consumed far more. The truth is that I’m a fan of other people’s rankings, whether annual or perpetual, subjective or objective, single or group.

But unlike most, I usually don’t care all that much who is No. 1. Instead, I find rankings a fun source of examples for learning more about how the world works, a useful compromise between isolated anecdotes, which could well be unrepresentative man-bites-dog singularities, and opaque Big Data analyses intended to leave readers reliant upon trusting the researcher’s math.

There is much prejudice among social scientists, however, against calling attention to examples. For instance, economist Tyler Cowen highlighted on his Marginal Revolution blog a new academic paper, “Wage Discrimination in the NBA: Evidence Using Free Agent Signings,” that asserts that racial discrimination by white basketball fans is largely why, when they adjust for performance:

Black players receive on average 20.5% less than their counterparts, all else equal.

The authors don’t make available their rankings and don’t cite any examples of underpaid and overpaid NBA players, so it’s difficult to perform reality checks to see what they are doing right or wrong. Why not list your estimates of the best and worst bargains in the NBA? Wouldn’t that be interesting to readers?

This anti-example prejudice among social scientists is outmoded in an era when you can cycle through many examples quickly, looking them up on Wikipedia. Hence, one methodological suggestion I have for social scientists is that they publish their rankings so readers can eyeball their lists to see if they notice any patterns.

For example, a website run by two science journalists called Retraction Watch keeps a leaderboard of the 31 scientists who have been forced to retract at least 21 journal articles. The world leader is Yoshitaka Fujii, a Japanese anesthesiology researcher who flat out fabricated data in 183 papers over the past quarter century. Joachim Boldt, a German anesthesiologist, is second with 96 retractions going back to the 1980s. (Anesthesiology is a serious subject that can kill you if it’s not done right, so these are quite alarming numbers.) In third place is Diederik Stapel, a Dutchman in the silly science of social psychology, who is up to 58 retractions.

“There is much prejudice among social scientists against calling attention to examples.”

These fraudsters’ long careers suggest that academia has not been doing as good a job as it should performing reality checks.

We note that but one of the top 31 are men, which agrees with the general findings of a 2013 paper suggesting that men are more likely to have papers retracted for fraud.

Now, it could be that Retraction Watch’s rankings are somehow biased by sex, but there’s a reasonable chance that they’ve found something real here. My offhand guess would be that female sociopaths are less likely than male sociopaths to go to all the trouble of earning a Ph.D. and faking their way to becoming a seemingly distinguished scientist because they can more easily exploit men for fun and profit by starting young.

On the other hand, rankings that are intentionally demographically biased are pretty useless for answering questions about demographics. For example, from Vulture last year:

Since 2014, comedian Zach Broussard has been closing out the year with an annual list where he ranks the top 1000 comedians…. 2017’s list had the most appropriate twist ever: Every single comedian featured on the list this year also happens to be a woman.

We’ve all been lectured on the evils of “anecdata,” but refusing to look at examples makes us vulnerable to researchers’ hazy and often misleading generalizations about what their massive piles of data portend. We are told that the plural of anecdote is not data, but, if you look at enough examples, it turns out that the plural of anecdata is information.

For example, over the past half decade, Stanford economist Raj Chetty has been doing some extraordinary research into class mobility over the generations using IRS data on your tax returns. But he insists on characterizing his findings on what the secret sauce is that makes some places better that other places for raising kids in anodyne obscurantist terms.

In response, I’ve been listing the places his methodology ranks highest for the most upward income mobility (typically very white locales like Salt Lake City and Sioux County, Iowa) and lowest for the worst mobility (for example, heavily black or American Indian locations like Charlotte and Pine Ridge). When you do this, it’s obvious that he’s discovered, unsurprisingly, that blacks and Native Americans regress toward lower mean incomes than do whites.

Similarly, looking closely at Chetty’s rankings shows that you should choose to raise your children in locales that will benefit many years in the future from as-of-yet undiscovered future technologies such as fracking.

Likewise, a Stanford study of racial gaps in test scores by school district seemed rather puzzling until I ranked them: The worst racial gap was in Berkeley, and other wealthy liberal towns such as Chapel Hill, Shaker Heights, and Evanston dominated the bottom of the list.

So what about that NBA study?

The notion that racist white fans are forcing teams to overpay for white stars seems implausible because there really aren’t any major white stars left to root for in the NBA. So why would fans who don’t like blacks pay attention to the NBA?

In Sports Illustrated’s rankings of the top 100 NBA players, the highest white is Serb Nikola Jokic at No. 18. Strikingly, six of the top 100 are natives of ex-Yugoslavia with surnames ending in “-ic,” perhaps due to the impressive average height seen in the Balkans.

But white American fans tend to be nationalistic and don’t particularly identify with the Europeans who now make up most of the better white basketball players. The highest-ranked white American is Gordon Hayward at 25.

Similarly, Forbes’ ranking of the 100 highest-paid athletes in the world lists forty NBA players: Thirty are black, four are mixed, and six white. In endorsement dollars (a reasonable measure of fan appreciation), Kevin Love is the only white basketball player in the top 23.

Because the authors don’t publish their lists of the most underpaid and overpaid NBA players, it’s hard to check up on their logic. But let’s just consider the single most obvious example of an underpaid player in the NBA during the researchers’ 2011–2017 time frame: LeBron James. His career ranks first all-time on the researchers’ favorite advanced statistic, Value Over Replacement Player.

LeBron, the dominant NBA player since Michael Jordan, is famous for being underpaid relative to his contribution. During those six years, in which his teams won three championships, LeBron averaged $20 million per year. That’s a whole lot of money, but keep in mind that Jordan, the most comparable player to LeBron, was paid $33 million way back in 1998.

Superstars like LeBron are underpaid relative to their on-court worth because both the owners and the players’ union conspire to keep down their salaries. (The players’ association prefers that the many middling players, who make up the bulk of its voting membership, profit at the expense of the few famous names.)

And LeBron has also foregone wages to enable his franchises to assemble superteams. That Love got paid almost as much as James on the Cleveland Cavaliers was in part LeBron’s choice to forego salary to afford another star for his hometown team. His strategy helped pay off in Cleveland’s heartwarming 2016 NBA championship, that beleaguered city’s first in any major sport in a half century.

In turn, that boosted fan enthusiasm for LeBron’s brand. So don’t worry about his net worth. He’s making $52 million per year in endorsements.