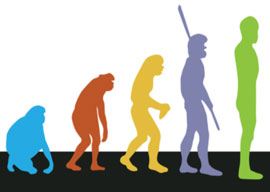 “¢ Well, nobody believes that race has no biological reality and is just a social construct, so the first half of the book, while accurate, is unnecessary.

“¢ Race has no biological reality and is just a social construct!

It’s characteristic of the dumbing down effect that race has on intellectual discourse that it occurs to so few that race can be a biological reality that has been constructed by social decisions.

Advocates of the dogma that race is merely a “social construct” point to the artificiality of the traditional American “one drop of blood” rule for defining blackness. Yet it’s likely that the one-drop rule itself helped construct the American genetic reality of a bimodal distribution of black and white genes, in contrast to the more evenly blended Latin American populations.

The essential intellectual shortcoming is that Americans have largely forgotten that the essence of race isn”t skin color but genealogy. Races are extended families of individuals who are more closely related to some people than to other people. Skin color and other visible traits should not be seen as an end in themselves: instead, they are of interest in inferring ancestry. Charles Darwin made this point in an 1857 letter to Thomas Huxley:

I knew, of course, of the Cuvierian view of Classification, but I think that most naturalists look for something further, & search for “the natural system”,””for the plan on which the Creator has worked” &c &c.”It is this further element which I believe to be simply genealogical. …

Race isn”t just skin deep; it’s about who supplied your genes. In horse racing, for instance, where a full genealogy going back 20 generations is common, membership in the Thoroughbred breed is not a question of color but of pedigree. An awareness of genealogy has largely disappeared from American intellectual life, but it is omnipresent in high culture (Oedipus Rex) and pop culture (“I am your father.”)

“Oddly enough, the “Race is just a social construct” crowd seldom notice all the effort they themselves put into constructing races.”

It’s widely assumed by race-does-not-existists that there is no correlation between race and anything real, but as Darwin noted to Huxley:

Generally, we may safely presume, that the resemblance of races & their pedigrees would go together.

Who reproduces with whom is course a social question. Indeed, it may well be the social question. Relatively endogenous breeding clusters are socially constructed by the creation of all sorts of barriers to panmixia, such as language, religion, and class.

One of the simplest is geographic distance.

Consider the creation of one of the world’s great continental-scale races, the Amerindians of the New World. Although there may well be complexities, the basic story continues to be that toward the end of the last ice age, Asian hunters in Beringia finally found a path open to the southeast. Some of them decided to leave behind the lands and relatives they knew and follow that opening into a new world.

This realm proved immensely favorable to human habitation, as the expansion to the tip of South America by 11,000 years ago (and the near simultaneous extinction of most large, tasty land mammals) proved. In The Third Chimpanzee a couple of decades ago, Jared Diamond tried to imagine that epochal choice:

It must have been a dramatic moment when, after entering the ice-free corridor from an overpopulated, overhunted Alaska, they emerged to see herds of tame mammoths, camels, and other beasts. In front of them stretched the Great Plains to the horizon. As they began to explore, they must soon have realized … that there were no people at all in front of them, and that they had truly arrived first in a fertile land.

Oddly enough, the “Race is just a social construct” crowd seldom notice all the effort they themselves put into constructing races. For example, George Zimmerman, who is triracial through his Peruvian mother, was strenuously declared to be a “white Hispanic,” even though when Zimmerman put on a suit and tie for his trial he looked rather like the son Obama never had.

Because Latin America didn”t have a one-drop rule for defining who can marry whom, it has lots of people much like Zimmerman who don”t fit all that well into American racial categories. The current racial makeup of Latin America was socially constructed by the Iberian system of mestizaje, which creates a color continuum rather than a color line. But that system doesn”t exactly make for a racial utopia: Brazil probably leads the world in black juvenile delinquents getting gunned down by rent-a-cops as it tries to get its act together for the World Cup.

Conversely, to push for “a path to citizenship” to add to their electoral base, Democrats are constantly trying to construct an Angry Hispanic Race out of a mostly apathetic ethnicity.