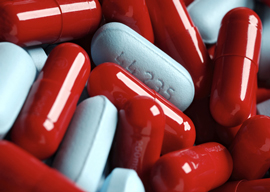 Do I get downhearted? Yes I do. You think it’s easy, living on the red pill?

In that world-bestriding bestseller We Are Doomed I introduced readers to the theory of Depressive Realism, launched by psychologists Taylor and Brown in 1988:

It appears to be not the well-adjusted individual but the individual who experiences subjective distress who is more likely to process self-relevant information in a relatively unbiased and balanced fashion.

If it’s well-adjustedness you want for yourself, and a minimum of subjective distress, take the blue pill. We gloomsters are right about pretty much everything, but we”re not very happy.

“What’s it like, being on the red pill? Like strolling through a lunatic asylum with no locks on the doors.”

And of course most people do take the blue pill. Optimism”which is usually cockeyed, according to Taylor, Brown, and me”is the species default. Anthropologist Lionel Tiger wrote a book about it, subtitled: The Biology of Hope. Realism is maladaptive.

It is also antisocial. Who wants to hear you say that the emperor has no clothes, when everyone else they know”including all the cool people!“says otherwise? My friend Jared Taylor, proprietor of the race-realist (there you go) website American Renaissance, is fond of saying that: “Most people don”t want to have unpopular opinions.” He’s right. So was the poet who said: “Human kind cannot bear very much reality.”

It’s the antisocial aspect that gets us red-pillers down. Try to imagine what it’s like. (I”m assuming, gentle reader, that like most of humanity, you are on the blue pill.) What’s it like, being on the red pill? Like strolling through a lunatic asylum with no locks on the doors.

Random example: The other day I got into a conversation with a liberal lady who was ranting about the evil of “white supremacy.” I pointed out that (a) it is rather easy to move domicile from one country to another”I have done it several times”and that (b) there are a hundred or more nations under black, brown, or yellow supremacy, so that (c) a person who complains about the evil of white supremacy while continuing to live under it and forcing his loved ones to do likewise is either (1) a lying poseur or (2) a moral criminal.

The lady called me a “fascist.”

Then the upside of depressive realism kicks in. Crazy as the social and political worlds undoubtedly are, looking at things realistically, reason still holds its fort. Mathematics, the homeland of reason; science, the mostly-well-behaved offspring of math; and technology, the child of pure science, continue to produce wonders and enlarge our understanding.

I spent some time 40 years ago writing early mainframe computer systems for banks. Now, sitting in my living room with a laptop, scrolling through my bank accounts, making payments and transfers, I know what magic it all is, and what prodigies of careful reasoning lie behind it. Not everything is lunacy.