Remembrance of Vulgarities Past 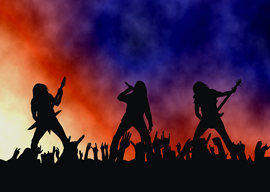 We flatter ourselves that our lives are as continuous and coherent as a film, and that we can display any part of it on our inner cinema screen whenever we like simply by pressing the rewind button in our mind. This is not so, or at least not so in my case. I am very far indeed from the man studied by the great Russian psychologist A.R. Luria and described in his book The Mind of a Mnemonist. The subject of that book was a man who could forget nothing. His hypermnesia, far from being a useful accomplishment, was a severe handicap, almost as bad in its way as that of being able to remember nothing.

I have forgotten great swathes of my life. By my desk is a table piled with notebooks in which, over decades, I have scribbled things down for various purposes, and when I look in them I realize that both the things written and the reason for which they were written are often as unknown to me as if they had been written by someone else entirely. The past, our own included, is another country, and if one were to write a continuous record of one’s life, it would require almost as much research as writing the biography of someone else.

The curious thing is that much of what was said to me and that I noted down was (one might have thought) memorable, or even indelible. Yet I have forgotten who it was who said to me, and in what circumstances, “I put a sponge in me and I can’t get it out,” “That was the man who cut up our cat to teach us a lesson,” “No one wants an arsonist,” “I wanted to kill a Hindu girl, a gun would probably be best,” “Her baby was bribed with forty cigarettes to go to her funeral,” “The kid had his fingers broken for not making a spliff fast enough,” “They kicked him in the privates and started booting him, they chucked me in the canal and I could of knocked myself out and drownded,” “My twin brother’s in prison for cars,” “This black was spreading rumours about me so I smashed a glass over his head,” “I’ve been getting a lot of outbursts,” “I can’t help the people I like—pickups and prostitutes, my wife calls them.” And all this is in a mere five pages.

“The past, our own included, is another country.”

Occasionally there is a clue, at least as to the date when I used the notebook. I have forgotten completely who said to me, where, and in what circumstances, “Quality is a very good thing, but you can have too much of it”; however, there is inserted in the notebook the stub of the ticket of a football match that dates from my period as vulgarity correspondent for a British newspaper, which coincided with one of the many golden ages of British football hooliganism.

This I remember perfectly. The opposing team’s fans were said to be among the worst in the country, and thousands of police frog-marched them into the stadium, where they were corralled like beasts at a market, and frog-marched them out again at the end of the match. It was a military operation in peacetime.

I sat next to a man of about 40 and his son of 11. The boy was well-behaved and the father seemed a decent and affectionate man. What a nice scene, I thought; as the Bible puts it, a wise son maketh a glad father. Then suddenly, along with hundreds or thousands of others, the father jumped up, began jabbing his index finger in the direction of the opposing fans, and started chanting, “Who the fuck do you think you are! Who the fuck do you think you are!”

In my capacity as vulgarity correspondent, I discovered what I suppose I should always have known: There is no plumbing the depths of human vulgarity, especially in England.

One day the newspaper asked me to attend a so-called concert in a hall normally used for exhibitions. Goodness knows how many spectators it contained—several thousand, at any rate.

The act was American, a rock band who dressed all in black adorned with skulls and like motifs, and who specialized in urinating and vomiting over the front rows. There was no lack of volunteers for this treatment. In between what for lack of any other word I will call their “songs” (a crow was a nightingale compared with them), they abused the audience. The only words I could make out were “You sick motherfuckers!” and the audience seemed to love it. It was a scene of mass masochism.