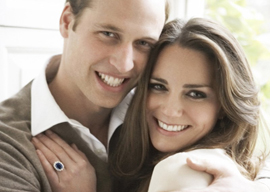 Of all the freeloaders hoping for publicity or a fast buck by hitching a ride on the back of Prince William and Kate Middleton’s upcoming wedding, the most repulsive are the republicans, who have been harassing the BBC for some free time on the grounds of balance. A common fiction dictates that Cavaliers were wrong but romantic and their opponents right but repulsive, but here we have the horror of wrong and repulsive.

Admittedly, republicans are a tiny bat squeak on the back of a mighty roar of the political silliness that consists in believing there is one basic principle whose actualization would create a happy land forever. Grand radical illusions have been distracting us for several centuries, promising one dim abstraction or another as the route to happiness and social harmony, but British republicans simply want to democratize the ceremonial head of state’s office. All forms of radicalism float on the emotion of indignation: How offensive it is that we actually pay attention to these crowned heads who are born to celebrity”and without anyone ever having had a say in their election!

“Europe’s surviving monarchies are better governed and less corrupt than the states that succumbed to one revolution or another and became republics.”

And that is precisely why the British monarchy is important. It is one slight survival of our past’s pluralism, full of balance, variation, hierarchy, and genuinely diverse opinion. The slightest contact with the royal family gives enormous pleasure to thousands of people, and the royals do not have to be witty or memorable in any other way. They simply need to be what they are, in a manner no elected leader could replicate. They incarnate a tradition full of thrills and spills going back for centuries. Admittedly, they currently have good public relations and an insidious charm, unlike the sons of George III who tested monarchical traditions very close to destruction until Victoria revived them. Women are very good at monarchy, which is why the French made a terrible mistake with their Salic law.

Unlike the elected mediocrities who surround us, the British monarchy stands for something”not merely a tradition of political government, but for honor. Montesquieu analyzed and classified what he took to be government’s fundamental forms and distinguished European monarchies as based upon this form of individualist moral sensibility. Honor was something grand and morally distinct. It emerged from aristocratic practice but was recognized very notably in the English idea of the gentleman, who might very well not be anything like an aristocrat.

Republicans are repulsive partly because they are tone-deaf to this range of sensibility, whose collapse was so dramatically illustrated in the House of Commons” recent expenses scandal. It is easier to find some virtue in communists than in republicans. Marxists might be dim practitioners of jargon derived from a nineteenth-century German journalist who had read more Hegel than was good for his wits, but there is a certain melodrama in the idea of class struggle which can be a bit more robust than British republicans” petty ambitions.