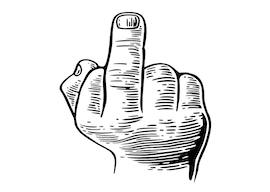 Funny thing is, I was in school with a man named Ted Widmer, and I recently read that one Ted Widmer is a “distinguished lecturer” at a New York university and is senior fellow at the “Council for Ethics” in international affairs. The Ted I knew was anything but ethical, and dressed rather strangely, if you know what I mean. Never mind—whether he was a schoolmate or not, Widmer has written a treatise about 1919 and called it “The Year of the Crack-Up.” It’s very good. Basically he says that what took place in 1919 shaped the world for the rest of the century.

One hundred years later, his crack-up looks like a tiny fissure to me, a chink, yet in a funny way it did shape the rest of the century. The war was over and the German, Austrian, and Ottoman empires were gone. The chirpy and confident Americans, headed by a vainglorious blowhard named Woodrow Wilson, had decided to impose on the inbred Euros a thing called “self-determination.” The Yanks, after all, had arrived last-minute à la John Wayne with his 7th Cav and saved the Allies from the hated Bosch. Self-determination became le gout du jour, and that is all le tout Paris talked about. In fact, Paris dropped Proust and talked only about Fourteen Points, just as London forgot all about Eugenie, Kate, and Meghan, and babbles on about Brexit.

A few centuries before that, a silk stocking called Louie defined the state as follows: “L’état, c’est moi.” Some four hundred years after Louie baby, an ass by the name of Jean-Claude sort of thinks l’état is his. He conducts referendums in which only a few bother to vote, but when the “self-determined” who bother to don’t vote JC’s way, he makes them vote again and again. The irony is that the only real self-determination took place in 2016, on an overcrowded island northwest of France, and unless you’ve been living in Beverly Hills, California, you know what the result of that one was.

The word “democracy” has become the elixir for all ills, but democracy and self-determination are not always in sync. After the murderous 20th century, the early 21st has seen mass mania of the minority supported by lies and hysteria—“Cancel White People” by a female Korean installed on the editorial board of The New York Times, and other quotes by her, too filthy for these more elegant pages—illustrating that self-determination has become a phrase that only means “I can do and say anything I like as long as I aim my insults against the rich, the white, the Christian, the heterosexual, and the male.”

America came into her own in 1919. It was a thriving nation of European immigrants and innovation, a country of farmers, small towns, bustling cities, and large corporations. Europe was reconstructing, but slowly. Hitler’s rise was predictable after the terms imposed on the defeated Germans. Magnanimity in victory would have been a far better option, but the Frogs had other ideas. After World War II the victorious powers were wiser. They had to be, what with Uncle Joe and his nukes threatening from the east. Uncle Sam became No. 1 and has remained top banana ever since. Poor old Europe looked around and came up with the EEC, now the EU, or, if one’s a realist, a dictatorship of the bureaucrat.

As I write, the people of Europe and America have never been more divided. If there was a crack-up in 1919, 2019 looks like Krakatoa. Doomsayers are having a field day, but the great Greek philosopher Taki begs to differ. All we have to do is accept that there is a war being waged against us, a cultural onslaught fueled by the academy, the media, Hollywood, Netflix, you name it. The left has imposed a new language, with universities hounding those who dare speak through an incorrect perspective, and their media lapdogs policing those who don’t fall in line. To be white and male is now a pejorative term, and the past is judged by the scruples of the present that the bigots of the left have imposed on us.

Civility on the part of the left has gone fishing. Rashida Tlaib, a newly elected member of Congress from Michigan and a Palestinian by birth, calls President Trump a motherf—er, and no one in Congress dares censor her or suspend her. Facebook leads the disinformation campaign against normality by banning anyone accused of being from the far right. My friend Gavin McInnes is singled out by the left as a fascist—he is nothing of the sort, alas—and becomes a nonperson thanks to Facebook. This is a company that makes $5 billion in profit per quarter and is the arbiter of global speech.

So, as someone better known than the greatest Greek philosopher said, what is to be done? Resist, I guess, and start the resistance by refusing to use gender-neutral words such as “humanity” for “mankind.” Sing “Baby, It’s Cold Outside” at every opportunity, and sneer at the mobs walking through life with their mobile phones clapped to their ears or held in front of themselves like monkeys performing in a circus. Insist on the referendum’s result and turn off any program on the BBC that hints otherwise. And while I’m at it, baby, it’s really cold outside here in Gstaad.