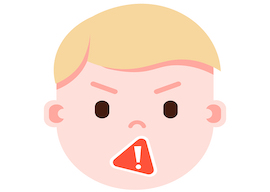 DENVER—Every time I perform, I start out with a few comments about Safe Spaces and Trigger Warnings.

I flash onto the screen a picture of a sensory deprivation chamber in a hostel in downtown Cleveland and say, “This is your safe space. It’s not here.”
And then I show a 15-second clip of a guy emptying about 47,000 rounds of machine-gun fire into a battered car, and I say, “Whenever I feel like pulling the trigger, I probably will.”

That’s why I was a little startled at the meet-and-greet after the Saturday-night show at the Denver Film Festival. A handful of people had driven down from Fort Collins, all of them somehow associated with Colorado State University.

Colorado State may not be high on your list of trendsetting institutions, but anyone who follows political-correctness battles is well aware of it. To use just one example, the “Director of Diversity and Inclusion at Associated Students of Colorado State University” (yes, that’s a thing) recently said that students shouldn’t use the phrase “Long time, no see,” because it’s offensive to Asians.

I’m not exactly sure why it’s offensive to Asians, but if I had to take a wild guess, it’s because someone in the “diversity and inclusion” business has become so immersed in systems of policing the language—they think about it so many hours of the day—that they’ve ingested every example of pidgin English spoken by every actor of every nationality in every movie and TV show of the past century until they consider themselves experts on phrasing that sounds ethnic. A light bulb goes on in their collective judgmental heads and they say, “That sounds like something Charlie Chan would say.” And if your response to that is “So what? Charlie Chan was a brilliant Honolulu police detective who solved all his cases,” the response would be something like “Cultural appropriation! Cultural appropriation!”

We don’t realize it because it’s buried so deep down in our subconscious selves, but saying “Long time, no see” means we hate Asian people.

As I say, this type of imaginative speech-scolding emanates regularly from Colorado State, which must have an army of inventive censors poring over everything that is written, spoken, or dog-whistled by its 33,000 students. It doesn’t really make sense, though, since Colorado State is a land-grant college just like Texas A&M, Iowa State, Mississippi State, and all the other schools created in the 19th century to foster the study of agriculture, military science, and mechanical engineering. You expect this kind of insanity from Yale—and you get it from Yale—but you don’t expect it from a school that historically trains farmers and machinists before they ship off for their three years in the Marine Corps.

“Apparently Colorado State has gotten to such an advanced stage of enlightenment that they’re protecting students from discriminating against themselves.”

Colorado State has something called an Inclusive Communications Task Force, which summons up images of armed mercenaries parachuting into fraternity houses to confiscate Facebook accounts, and they have a rulebook that includes such dicta as:

They suggest using “they/them/theirs” instead of “he” or “she,” but those are plurals, so the only thing left for singular all-inclusive pronouns would be “it.”

Coach Willoughby praised the performance of the junior varsity against the University of Wyoming. “They were tough,” it said.

Another solution would be to adopt the practice of the Soviets and start calling one another “comrades,” one of the most gender-neutral solutions ever.

“They were tough,” said the comrade.

(2) Don’t assume gender or identity online.
Because, you know, Vladimir Putin might be transgender Chinese.

(3) Use people-first language (person with a disability vs. disabled).

Because “disabled” as a free-floating adjective might imply you’re talking about a disabled horse or Toyota as opposed to a person.

(4) Use “first-year student” instead of “freshman.”

Why don’t we just use the gender-neutral “it” again, so it would be “freshit”?

No frigging idea what this means.

But of all the Colorado State “diversity and inclusion” rules, my favorites are these two:

Because, you know, you might get your own gender and skin color wrong.

Aren’t emojis used to describe the person sending the emoji?

Apparently Colorado State has gotten to such an advanced stage of enlightenment that they’re protecting students from discriminating against themselves.

Katrina Leibee, a columnist for the student newspaper, The Rocky Mountain Collegian, asked this question of the two principal campus-speech cops: “If this sort of language is not censored outside of this campus, why should we censor it here?”

Because they’re planning for the future, Katrina. The goal is to censor everywhere, under the theory that there are all these emotionally sensitive Bubble People who, if exposed to certain words, will crumble into dust.

Delta State University in Mississippi recently announced that students will be expelled if they “inflict mental or emotional distress on others.” (So they don’t care about intention, they only care that someone claimed distress. And so much for debate teams.)

Cal State University Long Beach recently got rid of its “Prospector Pete” mascot, immortalized in statues and sideline costumes, because it’s a reference to the Gold Rush prospectors who “perpetuated colonization, white supremacy, racism and exclusion ideals not only against indigenous American communities, but also women, people of color and non-Protestant communities.” (This is in spite of the university not being founded until 1949, a hundred years after the Gold Rush, with the reference being simply a way to honor founding president Pete Peterson, who said he had “struck the gold of education.”)

In Baraboo, Wisconsin, the superintendent is investigating which high school students raised their arms in an apparent Nazi salute during a photo op on the courthouse steps, threatening legal action against them.

I could go on and on—I keep files on this stuff—but the common thread is that the Speech Police don’t seem to realize that their type thrive only in totalitarian societies. They claim their goal is “inclusion,” but all you have to do is ask them to include the wrong group—high school kids who raise their arms in a certain way, white European ethnic-pride groups—and inclusion turns into its opposite. “Expulsion” for being outspoken doesn’t sound much like inclusion.

It makes me think that we’re gonna be okay.

The Puritans and the moralizers and the scolds will always be with us. All we have to do is start learning to say “Fuck you” again.

Or, if that’s so harsh that it might cause emotional distress, simply “With all due respect, comrade, you’re an idiot.”