Resisting Capitalism for Fun and Profit 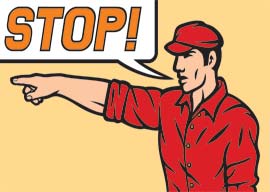 It’s a sign of strength for a man to admit his weaknesses, which is why I freely confess that I am economically retarded. I know nothing about economics. Sometimes it’s even hard for me to find my wallet.

Still, it’s obvious that communism is a logically dumb and emotionally infantile economic system that appeals only to dreamers, spazz cases, and that tiny cabal of super-elites who”d stand to profit from it. Communism makes neither economic nor psychological sense. If you can”t understand why rewarding need over ability is an inevitable dead end, well, it’s not my job to hand-feed you that baby bottle, comrade.

Beyond that, I am economically agnostic. I don”t even know if I understand what is meant by the word “capitalism” enough to declare whether or not I approve of it. In fact, I tend to dislike anyone who even uses that word. Whether they employ the term positively or negatively, I’ve learned to avoid anyone who utters the word “capitalism.” It doesn”t matter whether it’s some free-market Randian fanatic with freckles and a bow tie or some herpes-ravaged neckbearded hipster who jerks it to statuettes of Lenin in his studio apartment”they”re equally annoying.

I come from the working class, and I used to be proud of it. I”m still working”constantly”but I”ve forgotten why it’s supposed to be a matter of pride. Generally, it sucks to work. These days, working-class pride reminds me a little bit of “fat acceptance.” It’s a defensive sort of pride about a shitty situation. It’s the sort of pride designed to mask shame.

“While it’s true that it takes a laborer to produce an iPhone, it takes a genius to design one.”

But this new crop of smug blind testosterone-deficient young dorm-room and mother’s-basement neo-communists who shit their diapers at the merest hint of “racism” while blithely dismissing communism’s documented atrocities don”t even seem to know what it’s like to work. They actually seem to believe that communism is good for workers, which must be why communist societies sent so many workers to slave-labor camps.

Having figured out absolutely nothing about life or the way the world operates, these smarmy new hipster commies are certain they know it all. When you scan their barren intellectual landscape and realize you”re dealing with anarchists collaborating with communists who all want to join forces with Big Government to fight “the power,” you quickly ascertain that you”re not dealing with the sharpest knives in your mail-order Ginsu set.

This past Saturday, that ragtag crew of losers, misfits, trust-fund socialists, and people who idolize the abstract idea of “workers” while never having put in an honest day’s work themselves took to Twitter with the hashtag #ResistCapitalism.

That’s right”as many were quick to point out, they sipped their Starbucks coffee that was brewed from beans harvested by oppressed Third World agricultural laborers, flipped open their MacBooks that were produced by Chinese slave labor, and used the corporate tech giant Twitter to resist capitalism.

Why on God’s green Earth were they resisting capitalism on a sunny spring Saturday afternoon when they could have been out enjoying the weather? Well, as they tried to explain it, capitalism is the cause of white supremacy and colonialism and patriarchy and economic inequality and poverty and xenophobia and homophobia and discrimination against transgendered otherkin and police brutality against poor young black males and every other newfangled latter-day cultural sin whose very mention causes their frazzled neurons to tremble in Pavlovian terror.

OK, great, guys. If capitalism upsets you so much, I encourage you to resist it all you want. Resist it until the cows come home. But may I ask exactly how you plan to go about doing that? Do you simply go off the grid, repair to the mountains, and subsist on acorns and squirrel meat? If not, what system would replace this “capitalism” that you”re “resisting”? How would such a system encourage technological innovation and lengthen lifespans? How would it quantify economic fairness? How would it avoid ye olde communist trap of liquidating anyone who made the merest whisper of ideological dissent? In other words, what the hell is your game plan? Do you even have a blueprint? An Excel spreadsheet? A PowerPoint presentation? What about even a simple outline on one sheet of loose-leaf paper?

Well, see, that’s the problem. They didn”t really say. They seek only to topple. In far too many cases, this daffy jihad against capitalism’s predatory tentacles seems to be nothing more substantial than a self-righteous comic-book saga in the minds of those who wouldn”t know how to survive for ten minutes without capitalism. Bashing capitalism seems less about offering a viable alternative to it than it is about some weird-ass psychosexual master/slave relationship these socialist dreamers have going on in their heads, some nerdy Star Wars-level clash between themselves and a cartoonishly demonized overclass of hand-rubbing, money-grubbing, bloodsucking rich people. It’s all really quite kinky when you think about it.