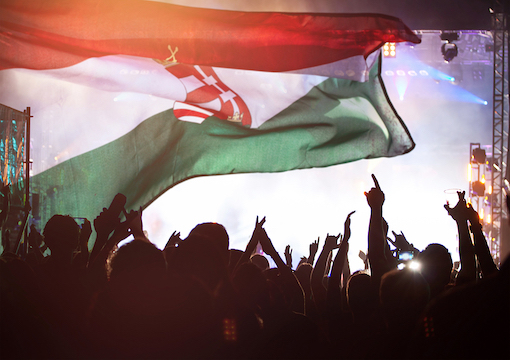 Since its inception in AD 1000, the landlocked Central European nation of Magyarország has been invaded by Celts, Mongols, the Hapsburg and Ottoman Empires, a cartel of local expansionists such as Czechoslovakia after WWII, and Khrushchev’s Soviet Union in 1956. Now, however, the country we call Hungary is watching much of Europe fall to other conquistadors and has said: Thus far and no further. Their most recent and symbolic gesture of defiance, however, was not on a bloody battlefield but a soccer pitch.

The European Championships are currently being played on that continent, and before any international tournament it is customary to have warm-up games between nations—“friendlies,” as they are known. Hungary played Ireland in Dublin, a match uneventful as a sporting spectacle but loaded with significance as a political one. The Irish team knelt in the approved way to BLM. (I note in passing that here in Latin America, during the Copa América soccer championships, no such thing happened, and Latin America is a good deal closer to Minneapolis than Dublin is.) The Hungarian team stayed standing defiantly, and they kicked more than a soccer ball that day. They kicked a hornet’s nest.

And it was not just their failure to genuflect to the new gods, but what the team members did while standing that infuriated world soccer’s governing body, FIFA, and a compliant media. Each Hungarian player pointed to a word printed on their shirts. The word was “Respect.”

“Hungary is a country that does not do ‘woke,’ and the visitor will search in vain for a transgender toilet.”

In the context of European soccer, “Respect” refers to an internal FIFA policy to “kick racism out of football.” Given that European football has to be in a runoff against Britain’s National Health Service as the most racially mixed industry in Europe, so the “Respect” movement seems redundant.

But were the Hungarian players—and by extension Hungary—saying something else via what politicians would call their “optics”? What if they were saying: Respect our country, respect our immigration policies, respect our whiteness, and respect our right not to kneel to crypto-Marxists? I hate to think what that would be in Hungarian.

In recent years, Hungary and its bullish and nationalistic President Viktor Orbán have rejected everything the EU wants, including Islamic immigration, big tech censorship, LGBTQ in education, Brussels meddling in their sovereignty, and George Soros. No wonder European federalists want Hungary to take the knee.

A fortnight after the game, the European obsession with forcing the proud Magyar race to kneel in supplication was bordering on psychosis. The government of Viktor Orbán’s Fidesz Party angered Mark Rutte, the effete Prime Minister of the Netherlands, by introducing legislation to prevent under-18s from being exposed to LGBTQ “teaching.” Rutte told the Hungarians they had no place in Europe as they did not share its values. “The goal,” Rutte spluttered, “is to force Hungary to its knees on the issue.” Now, Dutch is probably the language closest to English, and there is little chance of anything being lost in translation.

This is hardly Premier Viktor Orbán’s first offense in the EU’s eyes. Most recently, he took issue with Brussels’ portrayal of immigration as both economically necessary and socially desirable, speaking publicly of “migrant armies banging on Europe’s doors.” He has blamed the EU for their loss of income after Brexit, legislated against big tech censorship, and stressed the importance of an anti-communist stance in Europe. Communism is something the Hungarians know all about. I saw myself, in the 1980s, bullet holes in the walls of municipal buildings in Pest—one half of Hungarian capital Budapest—from 1956.

Orbán is also that creature most hated by progressives, a devout Christian, and not merely one of those mealymouthed politicians who assess demographics and voter patterns before deciding how much religion to deploy.

There is a trick every cigarette smoker knows, which is to be able to tell if an actor smoking in a movie is a smoker in their private lives or just pretending for the part. Mutatis mutandis, Orbán is a smoker. He actually means what he says. The dreadful Sárkány, the part-snake, part-dragon of Hungarian folklore, was known for his forked tongue. Not so Orbán—although he is just as fierce, and resembles a retired nightclub doorman—which makes him a misfit in the EU. You are not supposed to love your country, and even if you do you are not supposed to say so.

Orbán’s love for Hungary does not quite extend to all his countrymen, however, and he has taken on compatriot and natural-born Bond villain George Soros. Orbán’s masterful and bullish summing-up of Soros’ activities should be memorized:

Today the Soros network, which promotes a global open society, is the greatest threat faced by the states of the European Union. The goals of the network are obvious: to create multiethnic, multicultural open societies by accelerating migration, and to dismantle national decision-making, placing it in the hands of the global elite.

A palpable hit, and one that has helped make Orbán one of Soros’ most formidable ideological opponents with his fierce, uncompromising Hungarian nationalism. Hungary has given tax incentives for marriage and couples having children, and those couples would be “man” and “woman,” “father” and “mother,” not “cis-patriarch” and “birthing person” or any other woke grotesque. Hungary is a country that does not do “woke,” and the visitor will search in vain for a transgender toilet.

On that very subject, Dutch politician Geert Wilders, fellow EU pariah and nemesis of European Islamization, defended Orbán’s stance on LGBTQ with a telling riposte to Rutte. Homosexuals, Wilders observed, would be far safer on a street in Budapest than they would be in Amsterdam.

Hungary may be the most genuinely conservative country in Europe, aided and abetted by fellow Visegrád 4 (V4) countries the Czech Republic, Poland, and Slovakia. Orbán’s regime has already extended a welcome to immigrants, just not Muslim immigrants. It is made abundantly clear that white families would be more than welcome.

In a recent interview with Croatian Catholic publication Glas Koncila, Orbán scatters many gemlike quotes. But one comment must stick to the hide of the EU elites:

The Westerners have chosen to live in a post-national and post-Christian world, and we respect that. But they want even more. They want us to live that way too.

The EU may be about to learn from Orbán and the V4 that although Christians do kneel, they only do so to something they feel is worthwhile.