Revenge of the Yahoos 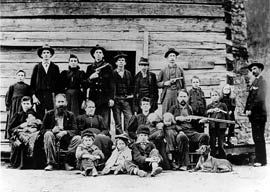 The media had grown so accustomed to dismissing these rural rubes as reactionary subhumans, the election’s shocking results gave them a collective stroke. The media wound up being eaten by a monster its dishonesty had created.

…because it [The Times] demonized Trump from start to finish, it failed to realize he was onto something. And because the paper decided that Trump’s supporters were a rabble of racist rednecks and homophobes, it didn”t have a clue about what was happening in the lives of the Americans who elected the new president.

In a refreshingly honest column for CBS News, Will Rahn decries the media’s “unbearable smugness”:

[We] missed the story, after having spent months mocking the people who had a better sense of what was going on. This is all symptomatic of modern journalism’s great moral and intellectual failing: its unbearable smugness….Journalists love mocking Trump supporters. We insult their appearances. We dismiss them as racists and sexists….That’s the fantasy, the idea that if we mock them enough, call them racist enough, they”ll eventually shut up and get in line….[We] treat the economic grievances of Middle America like they”re some sort of punchline.

But now the joke is on the media. A large segment of America grew tired and angry about being aggressively shat upon for generations not only by government policy, but by a media-academia complex that views them as subhuman and by presidential candidates who dismiss them as “bitter clingers“ and “deplorables.”

The bitter clingers and deplorables from America’s heartland just told the establishment to suck it.