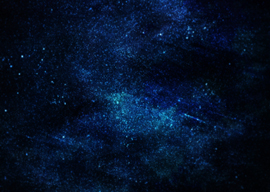 Richard Dawkins must be one execrable speck of a man. The outspoken atheist never tires of picking on the pious, slamming them as ignorant fools beholden to anachronistic beliefs. Cantankerous and self-righteous, Dawkins refuses to argue with creationists because, as he once commented, it affords them the “oxygen of respectability” they don”t deserve. He finds it better to simply ignore the silly believers in intelligent design, as any brave intellectual surely must.

As further proof of his insufferable personality, Dawkins recently criticized fairy tales as harmful to children. Speaking to an audience at the Cheltenham Science Festival, the professor called it “pernicious” to “inculcate into a child a view of the world which includes supernaturalism”we get enough of that anyway.” I guess the worlds of dragons, ogres, and witches are nothing compared to the intellectual rigors of science.

Of all the things to label evil, Dawkins clearly feels like ruining a crucial element of childhood. It’s not at all surprising given his past. In an interview with The Times magazine, Dawkins once admitted to being sexually abused at boarding school in Salisbury. He described an instance where one headmaster lifted “me on his knee and put his hand inside my shorts.” Other children within Dawkins” class experienced the same kind of diddling, but the good Professor maintains it didn”t have “any lasting harm.” In a godless world, violating the very-most intimacy of little boys must be A-OK.

“Devoting an inordinate amount of his life’s work to empirics makes any man coarse. Facts are blunt and stark, while imagination can be bright and stirring.”

The only thing worse than a pugnacious atheist is a pugnacious atheist who has a fetish for scientism. In that light, Dawkins” bemoaning of childhood fiction actually makes sense. Devoting an inordinate amount of his life’s work to empirics makes any man coarse. Facts are blunt and stark, while imagination can be bright and stirring. The greatest works of art and architecture produced by man weren”t the product of cold calculation. They were inspired by a volition that doesn”t take cues from controlled laboratory experiments.

Aesthetics aside, the art of creating a work out of nothing serves another utility”specifically in fairy tales. Fantasy is never just entertainment. There are moral lessons embedded within the make-believe actions of both protagonists and villains. They are purposefully constructed so as to shed light on a greater meaning.

George MacDonald’s The Light Princess, for instance, contains perhaps the greatest lesson of all within a children’s story. Set in a mystical kingdom, the tale centers on a princess who is cursed by a witch and is stripped of gravity. The freewheeling princess is actually giddy about her situation and must be tethered to someone at all times. She only finds relief”that is, salvation”while swimming in a lake. The water brings her back to earth, and prevents her from floating away.

A prince comes along, and though privy to her situation, falls in love anyway. When the witch gets wind of the temporarily grounded and happy princess, she attempts to drain the lake. The prince sacrifices his life by plugging a hole with his body to keep the lake filled with healing water.

He commits the ultimate sacrifice out of pure love. The princess, flighty and unserious before, is transformed. She realizes the price paid for her freedom. When the prince is magically resurrected to life, she finds real joy at last.

MacDonald’s fairy tale is plainly an allegory for the crucifixion of Jesus Christ, and is easily digestible for children. It’s a work that expertly takes advantage of what Edmund Burke called “the moral imagination.” Ethics, morality, history, and goodness can all be reflected in stories, should the author be talented enough to incorporate timeless principles into his work. It is sometimes through these fantastical realms that we learn truths which transcend observable science.

Contrary to Prof. Dawkins, not everything in the universe can be known through empirics and models. Russell Kirk once wrote that the moral imagination “informs us concerning the dignity of human nature, which instructs us that we are more than naked apes.” Dawkins can pontificate on evolutionary biology all he wants; his indignation over fantasy prevents him from having his emotions stirred by a fictional story.