Rick Sanchez Takes on the Jewish Media, and Loses 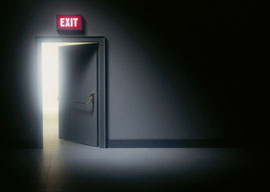 Controversy recently erupted when Rick Sanchez, whom CNN subsequently sacked, noted that Jews have a disproportionately large influence on the media. Attempts at disproving his assertion have been fitful and unconvincing. But perhaps I”m not being fair to the critics. The facts that Sanchez was canned and that the New York Post‘s Andrea Peyser denounced him as a “Jew-baiter” should prove something. What exactly this is, I wouldn”t dare say, lest someone take away my retirement pension. The most elaborate effort to discredit Rick I found was in the predominantly Jewish liberal website Salon. Here we learn that Jews do not dominate the media, seeing that none of the current presidents of CBS, NBC, or ABC is Jewish. This is to pounce on a technicality. CBS founder William Paley, Fred Friendly (the father of network journalism), and a multitude of other TV and film executives have been Jewish. This Jewish preponderance is also apparent to anyone who looks at the columnists in The New York Times, Washington Post, Wall Street Journal, Washington Times, etc.

None of this would matter if Jewish media celebrities represented a wide range of opinions, but they don”t. Their effect, as Joe Sobran repeatedly observed to his misfortune, has been to push our entire political culture’s spectrum to the left. The neoconservatives dismantled the American right when they took it over in the 1980s. They made it roughly identical with what had previously been the center-left, while conferring on “conservatism” a liberal internationalist foreign policy and a distinctive position in Middle Eastern politics. They also buried whatever opposition to their takeover still existed on the right.

Jewish media predominance is not equivalent to Jews winning prizes in medicine and chess. Shaping public opinion is more serious politically and culturally than winning a Nobel Prize in molecular biology or becoming a chess master. Moreover, media predominance is not necessarily a function of high intellect any more than the large number of Methodists in Congress proves that Methodism abounds in great minds. One becomes a Bill Kristol or Thomas Friedman by combining passable intelligence with lots of networking and/or family connections. Equally relevant, aspirants for media advancement must fit into an acceptable range of opinions in order to go forward; and almost all Jewish mediacrats meet these ideological criteria. They are allowed to hold different economic policies, providing they are pro- (or at least not anti-) Zionist, hysterically antifascist (fascism being equated with Hitlerism), and praise the 1960s” wonderful legislative achievements, particularly in immigration and civil rights.

“Shaping public opinion is more serious politically and culturally than winning a Nobel Prize in molecular biology or becoming a chess master.”

Although the gentiles who work beside them typically express the same prefabricated views, the energy here seems to be coming from the Jewish side. If the Jewish handlers left Christian workers in charge, most of these subalterns would repeat until the cows came home the party lines they”ve been forced to memorize about Israel, the “conservative” Martin Luther King, Islamofascism, and how gender equality but not affirmative action is good for women. Fortunately, this takeover is not likely to come. The Jewish neoconservatives fully understand their gentile drones” intellectual limitations. There are several qualifiers I should insert, lest morally disinterested Jewish intellectuals destroy my flourishing writing career. Considering all those amenities they”ve conferred on me, I wouldn”t want that to happen.

First, the kind of influence Sanchez points to would be equally problematic if Irish Catholics, Orthodox Serbs, or Oriental Orthodox Armenians were exercising it”particularly if, like the Jews, they brought along strong ethnic fixations. The Jews are not the only group to exhibit such traits, but they have more media clout than other groups.