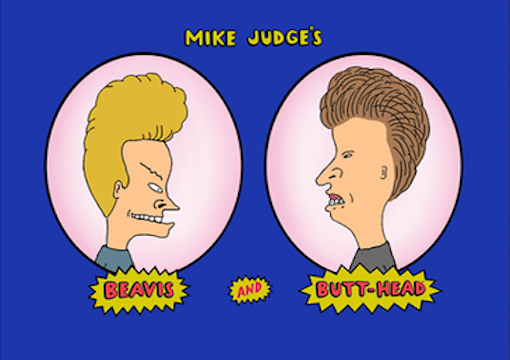 The 2010s saw a right-wing satire boom. Many of the brightest minds in comedy either revealed themselves to be on the right or moved there. More importantly, conservative ideas took over social media from the ground up in the forms of jokes and memes. The right-wing meme and satire boom popularized policies and themes that otherwise would’ve taken years to spread.

No wonder Twitter took to censoring those anonymous but influential comedians.

More than the sum of their individual personalities, however, the satire boom created a new countercultural world for the Right. To name some memes and a few figures at random:

The work of the Dissident Right over the past few decades shaped this eventual satire boom. Its impact was not unlike the influence the Beat writers of the 1950s had in preparing the masses for the counterculture of the 1960s and 1970s. Before the ’60s had hippies they had Allen Ginsberg. Before the 2010s had Pepes they had Mencius Moldbug. The ’60s had Greenwich Village. The 2010s had message boards such as /pol/.

Part of the Right’s rise in satire had to do with the collapse of the Left’s sense of humor. Satire is aggression, and aggression among liberals is now considered taboo and toxic if done by men. This has muzzled the Left’s most notable satirists and comedians. Jon Stewart, David Cross, Bill Maher; all either retired, were #MeToo’d, or were told to simply shut up and die. The Left’s best jokesters were also straight white men, and those guys, I don’t need to tell you, are not long for the Democratic Party. Ask Al Franken about all this.

Even the modest liberals who survived, such as Stephen Colbert, are stuck playing characters created fifteen years ago to parody Bill O’Reilly during the Bush administration. Colbert’s shtick is an old progressive rock band in the age of punk. The youthful, rebellious spirit of the right-wing online jokesters has turned liberal Gen Xers into the sputtering and finger-pointing parental figures last seen in Van Halen and Twisted Sister music videos.

“Conservatives are using laughter as the glue that it is meant to be.”

For the Left and their multicultural mystery tour it is harder to be humorous. It can’t be easy to make such a diverse and resentful coalition smile at each other.

For the record, the Left is aware they’re losing this battle. Mother Jones has expressed concern over the rise of the right-wing satire machine. Today it is the Right that innovates and the Left that imitates. The Right co-opts a cartoon frog (Pepe) and turns him into a wildly popular and controversial mascot for political jokes. The uncreative Left then copies the Right by co-opting Gritty, a mascot for the Philadelphia Flyers hockey team, and turning him into a copy/paste left-wing Pepe.

This boom was a long time coming. If we go back a few decades we see the seeds for the right-wing satire machine. Former National Lampoon writer P.J. O’Rourke wrote books in the ’80s and ’90s that read like prophecy. In fact, a presidential election between Bill Clinton’s wife and Donald Trump still scans more like a satirical 1996 piece by O’Rourke than something we actually lived through three years ago. Then came South Park and pundit Andrew Sullivan coining the term “South Park Republican” to describe the show’s cheeky libertarian politics. It would feel wrong to not include Greg Gutfeld’s Red Eye talk show on Fox News as a turning point as well.

But perhaps more than anyone else, the comic voice who most anticipated the populist Right’s comedic breakthrough was Mike Judge. Judge’s television shows and movies sympathetically depicted your average American white guy. From Beavis and Butt-head to Hank Hill and his main characters in Office Space and Idiocracy, these were all relatable white men slowly realizing that America was no longer (dare I say it?) Great.

The right-wing shift to trendiness was signaled by former Takimag columnist Gavin McInnes. He cofounded the hipster magazine VICE in the ’90s and was apparently the inspiration for a British sitcom about hipsters from the 2000s. McInnes has a good nose for something that is about to happen, and he was characteristically one of the first to get on the right-wing satire bandwagon. This isn’t to say his conversion was false, but it’s evidence that signs had been pointing to this for some time.

The tide had risen by the middle of the decade. In 2014 Patton Oswalt tested right-wing waters by tweeting Steve Sailer’s maxim that “political correctness is a war on noticing.” Soon after we saw the bizarre rise and fall of the alt-right Ziggy Stardust. A man called Milo Yiannopoulos.

The Right’s comedic boom went viral with Donald Trump’s rallies for president in 2015. The Donald’s persona was like that of a literal stand-up comedian. He would engage in crowd work, work up to his catchphrases, and get most of his material from talking about what annoyed him that day (Jeb Bush, the NFL, Rosie O’Donnell’s body, etc., etc.).

It is no coincidence that one of the most perceptive intellectuals to support Trump early on was Dilbert creator Scott Adams, a famous satirist. It is also of note that the pundit who most influenced American politics this past decade, Ann Coulter, was always the most caustic and ironic of popular conservative columnists.

The satire boom of the Right has become an emerging market. This past fall, NBC’s Saturday Night Live tried to tap in when they hired stand-up comic Shane Gillis, a man with obvious Trump-voter appeal, for their newest season. Gillis would be fired, however, when the Twitter agitators found that he had previously made fun of Chinese people on a podcast. That SNL tried to hire him at all is a sign that the show knows the voice of the average white guy is actually underrepresented in the woke, female-dominated world of television comedy.

It must also be noted that John Cleese and Terry Gilliam, comedians from the original satire boom of the ’60s, have recently joined the unwoke.

The self-righteous PC scolds use their lack of humor as a way to set themselves apart. “We do not find this funny. We do not share a worldview. We want nothing to do with you.” One of the reasons the Right got funnier is because they pulled together. Changing demographics and an overconfident, pre-revolutionary Left meant people on the Right had to put aside disagreements and find common causes. This meant a shared sense of humor and eventually a political universe that included evangelicals and gay businessmen, grandmas and Kanyes, Babylon Bee and 4chan. Strange scenes of shared mirth and memes that only Hogarth could depict.

Conservatives are using laughter as the glue that it is meant to be. We got together to laugh, but now we laugh to assert our togetherness.