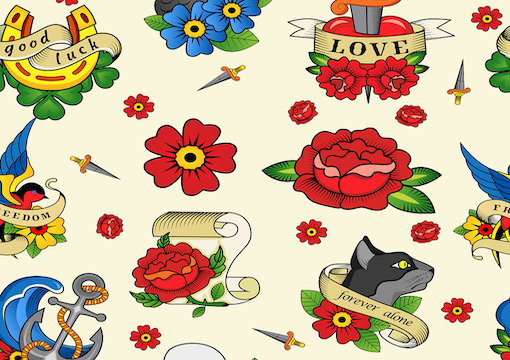 Once something is claimed as a right, it enters a different metaphysical plane from all other claims or considerations. It becomes untouchable, immune from derogation, exception, limitation, curtailment, or qualification. It can never be abrogated, for if it were ever to be abrogated it would not have been a right in the first place. The granting of rights is therefore like a one-way ratchet; rights can only increase in number, never decrease.

Needless to say, too acute an awareness of rights has a harmful effect on the human character. Everyone is on the qui vive for a denial of his rights, perhaps even hoping for one so that he can become righteously indignant at the injustice done him. What is granted as a right is rarely received with gratitude, nor does what is granted as a right have to be earned by effort; for I have a right to x, why should I work to obtain it?

Modern discussions of conduct are often couched in the language of rights. If I have a right to behave in a certain way, no one has the right to criticize me for doing so, much less prevent me from doing so. This philosophy thus has the effect of extending the role of the state, which becomes the arbiter of what is permissible. There become two types of behavior, with no intermediates: the permitted and the illegal.

This morning, I read a discussion on a medical website on the question of whether doctors should be permitted to have visible tattoos, and if so, to what extent and of what type. It was conducted largely in the language of rights.

“Too acute an awareness of rights has a harmful effect on the human character.”

However much one might abominate tattoos, no one (I imagine) would deny adults the right to tattoo themselves or have themselves tattooed. The relatively sudden popularity of such self-mutilation is no doubt a symptom of a profound malaise in our society, for example of an increased need of people to individuate themselves combined with an increased difficulty experienced in doing so. And if I do not much care for the notion that a person owns his own body and therefore has a right to dispose of it as he wishes (the relation of self to body is hardly one of ownership, and even ownership does not automatically confer the right to dispose of what is owned in any manner whatever), nevertheless no one has a stronger right than a person himself, at least in normal circumstances, to say what should or should not be done to his body. A right to tattoo oneself in no way implies approval of tattooing.

Of course, as more and more people have had themselves tattooed, I have had to revise and even suppress somewhat my prejudice against what I refuse to call body art and those who display it. Since in many countries the proportion of adults with tattoos has now risen to a third or more, it is impossible for me any longer to maintain that the majority of the self-mutilated are inclined to have certain undesirable characteristics such as criminality, quick resort to violence, and so forth. However regrettable, one must move with the times.

The online discussion of the question of whether doctors may display tattoos to their patients was typical of modern discussions of permissible conduct. No one thought that a medical qualification should abrogate the right to be tattooed, but some thought that any tattoo on a doctor should not be visible to patients. This was because it might alarm some patients, especially the old, among whom the old prejudices against tattoos were likely to be prevalent.

Others, however, held that a right is a right; moreover, doctors should not set themselves up as superior, morally or culturally, to others in society. To hold themselves aloof from cultural developments (or fads) was to set themselves up as superior to the rest of society, an attitude that in our democratic era is not acceptable. Moreover, many of their patients, and one day perhaps a majority of them, would find a tattooed doctor easier to talk to than an untattooed one, insofar as the tattooed doctor demonstrated his cultural similarity to his patients. The possibility thus arises that a tattoo would be an actual requirement to be a doctor.

As one of the arguments in favor of tattooing is that it is a form of self-expression, and self-expression is not only a right but a good, in fact the sine qua non of a free society in which everyone is allowed to be himself, it might seem contradictory to argue also that people relate better to people who are most like themselves—but let us not forget that, as Emerson put it, a foolish consistency is the hobgoblin of little minds.

However, self-expression is a good only when what is expressed is acceptable to those at whom it is directed or upon whom it is imposed or inflicted. Clearly, no one would want to be treated by a doctor who had a swastika tattooed on his forehead, or with any other offensive symbol or message. Suddenly a right that appeared absolute becomes relative or circumscribed. Yes, you have a right to inscribe yourself with whatever you like; but no, you do not have a right to inscribe yourself with certain things and still be a practicing doctor.

Now, if this limitation is accepted as reasonable, why not a prohibition altogether of visible tattooing for doctors? Such a prohibition would be impermissible only if it were permissible for doctors to appear with whatever tattoos they wanted, swastikas included.

It is absurd to discuss such a question (and many others) as one of competing rights: the right of the patient not to be disturbed by his doctor’s appearance (or, for that matter, his right to be pleased by it), as against the doctor’s right to express himself bodily in whatever manner he pleases. In a peaceful and civilized society, people do not think like this. I try to be polite not because I have no right to be impolite, but simply because it is better to be polite than impolite (I claim no success in my endeavors).