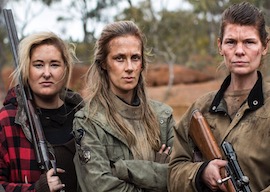 During my five years with Friends of Abe, the “secret” (and boozy) organization of Hollywood conservatives, in between boilermakers at Barney’s Beanery we used to bitch about how Hollywood never makes movies with conservative heroes and leftist villains.

Well, Hollywood (and the son of a Friend of Abe) did just that, and you buffoons killed it with Stonewall Jackson-style friendly fire, proving once again that the cancer of speech suppression may go into remission for periods of time among ideological zealots, but it never quite goes away.

Back in the 1980s, stifling artistic speech was a right-wing fetish. Movie boycotts, attempts to get TV shows shelved…we built that (no millennial will ever understand the sheer magnitude of the Last Temptation of Christ protests). Conservatives (including conservative Democrats…they existed back then) held congressional hearings into the plague of “satanic” rock music that was corrupting our children. James Watt, Reagan’s lightbulb-domed interior secretary, banned the Beach Boys from performing at the National Mall because of rock’s “negative influence.”

This was voodoo-based censorship, the notion that words can implant “demons” (literal or figurative) into the minds of impressionable listeners. “Music made my good Christian daughter have sex and do drugs.” “An evil song caused my son to kill himself.”

Those superstitions were forced into dormancy on the right when leftists decided that “hateful” speech from white males was the main threat to the well-being of women and nonwhites. “My daughter failed math class because of the male-centered images she saw on TV!” “Yo, my son D’Trytuss did crack and raped a bitch because o’ negative images of blacks in da media!” Starting in the late 1980s, as leftists were implementing speech codes on college campuses, straight through to where we are today, with leftists in full control of all things big tech, lefties have become defined by speech suppression, while, in response, rightists have taken a defensive position, claiming the mantle of “defenders of free expression.”

It’s a position they’ve been forced into.

Back in 1995, I wrote an op-ed for the L.A. Times in which I castigated the right for conveniently forgetting its own pro-censorship past. Little good it did. As we saw last week, conservatives can still slip into their pro-censorship smoking jacket with ease.

Gerald Molen is an A-list producer. His credits include Rain Man, the Jurassic Park films, Minority Report, Schindler’s List, and the recent hit The Meg. And because I can read your thoughts, no, he’s not Jewish. Dude’s a Mormon from Great Falls, Montana. After Obama was elected, Molen decided to “out” himself as a conservative, making exactly the kind of movies many of you dig: 2016: Obama’s America (the Dinesh D’Souza film), Hillary’s America: The Secret History of the Democratic Party (the Dinesh D’Souza film), America: Imagine the World Without Her (the Dinesh D’Souza film), and Death of a Nation (the…oh fuck it).

“As we saw last week, conservatives can still slip into their pro-censorship smoking jacket with ease.”

Molen’s son Steven worked side by side with his dad on many of the elder’s projects. And then Steven co-produced exactly the type of movie us Abes used to drunkenly pine for: a nondocumentary that would appeal to rightists. That movie is called The Hunt, and it’s a riff on the venerable “Most Dangerous Game” scenario (hunters hunting humans), but with villainous, hate-filled, intolerant leftists kidnapping innocent right-wingers and hunting them for sport. Even a retarded gibbon would have understood from the trailer that the “deplorables” in the film are the ones the audience is supposed to root for (especially the kick-ass blond female lead). But right-wing bloggers tend to fall below tardigibbons on the IQ chart.

“Hollywood clearly still likes the idea of promoting violence against people who aren’t good and obedient leftists,” bellowed Matt Margolis of PJ Media. “It’s disgusting,” cried Lara Trump; “I guess it speaks to how much the left hates Donald Trump.” “Universal Pictures spent $18 million dollars on the production of a film glorifying the hunting and killing of ‘deplorables,’ but tell me again how social media is ‘radicalizing people,’” tweeted Gab founder Andrew Torba.

“Political satirist” Tim Young, who is “edgy” and “conservative” according to himself, said of the film, “It’s remarkable to me that the left blames Donald Trump’s rhetoric for violence, then literally spends millions to normalize the killing of people based on politics.” So, portraying something in a film “normalizes” it in real life? Wow, that’s so edgy I cut myself reading it.

“This certainly shows Hollywood for what it really is—demented and evil. At a time when journalists try to blame President Trump for every act of violence in the world, wannabe Tinseltown terrorists are making sick murder fantasies about right-wingers,” wailed the totally not insane Dan Gainor of the Media Research Center.

In response, Universal yanked all ads for the film, a decision applauded by media critic Jeffrey McCall, who called the film “harmful to (our) culture,” adding, “thank heavens some sensible outlets are pulling the promotional ads.”

This is the same Jeffrey McCall who penned the 2017 op-ed “Free Expression Is Under Assault in America.” Oh, but that dealt with leftist censorship!

Soon enough, Donald Trump, sensing yet another opportunity to distract from his failed immigration promises, condemned the film as “dangerous” and “racist.”

And Universal pulled the movie.

The decision came in no small part thanks to the gun-toting, Bible-clinging audience of my nationally syndicated radio program as well as my Fox Nation show, “Starnes Country.”… The Deplorables demonstrated that we can facilitate change without having to march in the streets or burn down city blocks. We led the charge on my radio program and on “Starnes Country,” proving that when gun-toting, Bible-clinging patriots stand together we can accomplish great things.

Tammy Bruce, the right’s feminized version of Gilbert Grape’s brother, also cheered the decision to pull the “vile and dangerous” film. “Others insist the pulling of this film is censorship. Yeah, no. Censorship is the government telling you what you can’t make.”

This is the same Tammy Bruce who, less than a month ago, attacked leftists “activists” for engaging in “censorship” by suppressing speech.

Tammy Bruce: proof that conservative media does not abhor a vacuum.

When a few dissenting voices on the right pointed out that the “deplorables” seem to be the film’s heroes and the leftist elites the villains, the tardigibbons shot back. At Townhall.com, Derek Hunter opined that it’s impossible for the leftists to be the bad guys and the rightists the heroes. “Does anyone really believe Hollywood would fund a movie about liberals hunting conservatives and the conservatives win in the end?” The movie’s not about leftists hunting deplorables, he proclaimed, but the converse: “It’s a movie where the rich snobs hunting people are portrayed as gun-nut conservatives trying to kill liberals.”

Popular blogger Ace of Spades, a man whose thoughts are so muddled he once confused me for the actor Daniel Stern, bragged that he “understands screenplay tropes and structure” better than any of us commoners. Yes, he cedes, the surviving woman might start out as a deplorable, but the experience of being hunted will give her “a moment of redemption near the end of the movie…. Say, when she’s fleeing the hunters—receiving aid from a family of Hispanic Immigrants who have gained the skills of evading implacable and evil pursuers due to their own perilous situation.” According to Ace, she’ll reform and become a good ICE-hating leftist. “Anyone want to bet against me on that?” he asked.

I will, bonehead. Because I actually took the time to track down the screenplay. And not just because I’m Daniel Stern from Home Alone.

I did it because I’m a fucking journalist.

Back in April, script reader and blogger Carson Reeves reviewed The Hunt’s screenplay. This was before the hullabaloo began. Reeves laid out the entire story (except for the climax). Sorry, Ace, but the film is set in Croatia, where the evil globalist lefties have their “hunting preserve.” So, no “Hispanic immigrant” families in the vicinity.

I asked Reeves if there was some kind of twist at the end where the deplorables turn out to be the villains, and the leftists the good guys. His reply:

The funny thing about this is that the script (or at least the draft that I read—who knows if they changed things since) is extremely pro-Conservative. This movie makes liberals look quite bad (specifically rich liberals). The ending is pretty straightforward. The main character, the woman in the trailers, who’s conservative, wins. She kills the big bad liberal elite (Hilary Swank), and rides off into the sunset. It’s very much a satire about how the liberal elite is getting out of control and therefore a movie you’d think conservatives would want to come out.

So there you go. This is what you killed, “conservatives.” And now, thanks to you, Universal gets to bury the film while taking credit for “listening to the needs” of conservative protesters. “See? We’re not intolerant of the right! They asked us to kill the movie, and we did.”

And you know the damnedest thing?cAny one of the cretins who pushed for or applauded the suppression of the film could have done as I did and sought out the contents of the screenplay. But simpletons like Bruce, Starnes, and Young are nothing more than mirror images of the leftists they oppose, choosing outrage over enlightenment, bedeviled by the superstition that “bad speech” must be squelched because it makes people do bad things.

Is it possible that changes were made during production, and the final film deviates from the screenplay? Of course it is. But even if that turns out to be the case, it would have no bearing on these three simple truths:

Attempting to suppress political or artistic speech is always wrong.

Blaming movies for “making” people do violent things is as stupid as blaming guns.

The “conservatives” who shitcanned The Hunt without at least attempting to read the screenplay first are frauds.

What defense will these right-wing imbeciles have the next time leftists push to shutter a film they dislike? Who cares? Their fans have the memory of a mite. All will be forgotten by Sept. 20, when the next Rambo film comes out.

Oh hell, there I go again, knowing stuff and shit. See, Stallone’s been bragging about how he’s “the only non-Hispanic in the movie.” That means that everyone Rambo shoots, stabs, and burns in the film is a Latino.

Hoo-boy, wait till leftists get wind o’ that! There’ll be protests aplenty about how “dangerous” the film is in “the current climate,” and how it “normalizes” the mass killing of Mexicans and immigrants.

Get ready for it. And get ready for the anti-Hunt schmucks to act like they never wrote a word about the “dangers” of the pro-conservative film they helped sink.