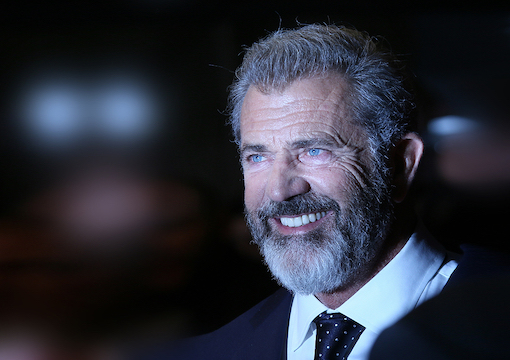 In last week’s column, I advised my readers to appreciate life’s nuances. And there’s a nuance in the “cancel culture” wars that’s often overlooked.

Question: Why was Roseanne Barr’s career completely destroyed for telling a black government hack “you look like Planet of the Apes,” while Shia LaBeouf’s career totally survived an “N-word” tirade during a night of drunken lawlessness? Barr, blaming her outburst on over-the-counter pills, lost her show and had to surrender all profits from the hit series she created. LaBeouf, blaming his outburst on alcohol, was quickly forgiven, and was rewarded with a string of critically acclaimed movies. Barr’s costars abandoned her; LaBeouf’s contemporaries couldn’t wait to work with him again.

The easy answer is “Barr’s conservative! She’s the victim of a political double standard.” But then explain Mel Gibson, who’s hardly a leftist. Gibson checked every “no-go” box in his fall from grace. He had an “N-word” scandal, a “fucking Jews” scandal, a “homophobia” scandal, and a domestic abuse scandal. But he’s kept on working, in indie films and big-budget tentpoles (like Expendables 3 and Daddy’s Home 2). As a director, he still racks up Oscar noms.

So why was Barr utterly decimated, while Gibson and LaBeouf were not?

Here’s the nuance: Barr is legendary for being disliked by the people she’s worked with. She was a living nightmare on the set of the first iteration of her series, and on films like She-Devil. I personally know a dozen industry professionals who had horrific experiences with her in the 1990s. Her cancellation was a bill come due for a lifetime of making enemies.

Gibson, on the other hand, is a good guy. Folks who’ve worked with him genuinely like him. I’m learning this more and more as I shoot the documentary film about his father (another controversial man who was well-liked even by those who disagreed with him). Danny Glover, one of the most extreme leftists in Hollywood, continually defends Mel, castigating reporters who expect him to speak ill of his former costar. Jodie Foster, another lefty, has defended and aided Gibson at every turn. Because he’s a nice guy who never screwed over his colleagues.

Which brings me to Steve Bannon. Indicted accused embezzler Bannon. His guilt or innocence aside, a lot of people on the right who’ve known or worked with him are pleased to see him go down, because the man’s a shifty, disagreeable prick who makes enemies wherever he goes. Former Breitbart editor Larry O’Connor struggled to maintain objectivity while discussing the case against Bannon on his radio show. To be up-front about my own bias, I absolutely despise Bannon. Back in May, when I dared to disagree with him about the supposed “Frankenstein lab” origins of COVID, he responded by slandering me as a “Holocaust denier” on his podcast, while calling for me to be fired from Takimag.

“Conservatives are more likely to have a job and a savings account, so con artists and opportunists drift right; it’s just practical.”

When facts failed him, Bannon resorted to quoting the ADL/SPLC handbook while trying to get me canceled. It’s exactly that sort of vile behavior that has many on the right indulging in some serious schadenfreude at the man’s current predicament.

Anti-Bannon bias is held by the mainstream media as well, but from a leftist perspective. Rags like The New York Times and The Washington Post have used the indictment as an opportunity to slam rightists in general, claiming that Bannon’s alleged embezzlement from the crowdfunded We Build the Wall project proves that righties are a bunch of gullible rubes repeatedly taken to the cleaners by snake-oil hucksters.

I hate to say it, but there’s a grain of truth to that.

To be clear, leftists are just as gullible. But they have a better class of flimflammers who carry an air of authority buttressed by PhDs, professorships, newspaper mastheads, and Silicon Valley addresses. There’s no right/left gullibility gap; leftists would shove tampons up their noses and duct-tape their ass cracks if MSNBC said it prevented COVID.

But I do think the right has a “special” problem with grifters. My years of experience in mainstream GOP circles (especially my years as an organizer for Friends of Abe—“FOA”—the “secret” organization of Hollywood conservatives) taught me that much. The charges against Bannon didn’t surprise me; I’ve seen that kind of thing before.

In 2010, we had “RightNetwork,” a scheme to create a truly right-wing TV network. To hell with Fox; there’d be no Shepard Smith on this baby! Kelsey Grammer (a founding FOA member) signed on as spokesman. Money was raised, content was created (often for free on the promise of payment to come), and within a year the entire thing just kinda vanished. Where’d the money go? Who knows?!

FOA members barely had time to apply ointment to their sore behinds before the next scam popped up…Staropoly! Remember that one? Probably not…and those who do will never speak of it publicly. Staropoly was, in its own way, similar to We Build the Wall, in that it was THE PEOPLE saving America by doing what THE GOVERNMENT wouldn’t. Obama’s stimulus had failed, so Staropoly was going to “rescue the American economy” by doing…um…something. The project’s motto was “We’re Bringing Back America!”

Here’s the (now-long-defunct) website’s mission statement: “Our mission is to bring back America by leveraging Social Media in connecting Entertainment and Sports Stars with Local businesses while creating synergy in forming new opportunities for the small Business owners and the Celebrities who both want to reach their end users.”

That sentence might as well have been randomly generated by a computer.

The “company philosophy” page dropped all the right buzzwords—God, Christ, America, freedom, values. Kelsey Grammer put one million of his own dollars into the thing (I’m starting to think he’s not as bright as his TV alter ego). Turns out it was a pyramid scheme, and the entire mess ended up in court within a year.

Then there was FOA itself. Launched by Gary Sinise as a tiny social group among friends during the Bush/Cheney years, when membership exploded after Obama’s election, Sinise brought in a couple of his personal assistants to “manage” the group, which at its peak numbered over 2,000 people. And there was just no way those “assistants,” though ostensibly down with the cause, could resist the temptation to grift; there was just too much money in the room. By 2011, FOA was falsely claiming to be a 501(c)(3) nonprofit in order to extract large donations from the suckers—I mean, members—who were told that their “donations” were 100% tax-deductible when that was 100% untrue.

Even on smaller conservative projects, I’ve seen fraud and embezzlement. During my years with FOA, I was asked time and again to mediate disputes involving trivial viral videos and online campaigns where one partner or producer was accused by the others of absconding with funds.

I’m not saying these problems are unique to the right (they’re not). But I do think they’re more pervasive. And I can name a few reasons why. To begin with, your typical leftist activist makes a terrible “mark.” How much money can you bleed from ghetto dogs, welfare trannies, mom’s basement dwellers, and lesbian feminist poetry majors soaked in student debt? Conservatives are more likely to have a job and a savings account, so con artists and opportunists drift right; it’s just practical.

Similarly, since the left controls so much that’s structural (the media, academia, unions, Big Tech), your average rightist “mark,” seeing himself as an outsider, is generally receptive to new gimmicks and schemes that can “own the libs” and break the leftist stranglehold on the public discourse. The occupying army has tanks; partisans have to be open to new, creative, off-the-wall ideas. That “openness” can be a dinner bell to clever predators.

Then there’s the dynamic typified by the Republican Party in my own city. L.A. GOPs know they won’t win. They know they can’t win. Yes, there are Republicans in L.A. Quite a few. Not enough to win a congressional race, but enough to take for a few bucks. So every election cycle, the party goes through the same routine—raising money for races that can’t be won. Where does that money go? Pretty much into the pockets of the people doing the raising. Don’t get me wrong; these L.A. GOPs would like to win. But the perceived futility of their task has made them cynical and self-serving.

That “L.A. nihilism” can creep in anywhere and anytime rightists feel let down or abandoned by their leaders…which, let’s face it, is always. The excited optimism of 2016 has given way to a 2020 election that’s more about not letting the Democrats win than it is about all the wondrous things Trump and the GOP will do with the reins of power. Trump’s lost interest in his 2016 platform (if he ever had it in the first place). The GOP Senate, fighting for its existence, can barely muster a call to arms beyond “You should see the other guys.” Some of the hardest-core GOP rightists have been slaughtered in congressional primaries.

In this environment, you put $25,000,000 in front of even the most sincere activist, give him a mandate to privately fund a tiny portion of a wall that neither the president nor the party gives a damn about, and what do you think’s gonna happen?

“I’ll just swipe a cool mil off the top. Who’ll notice that the wall just got a few yards shorter?”

I’m sure Steve Bannon started out as a sincere advocate for the Trump agenda. He may even have joined the border-wall crowdfunding project with the best of intentions. But Trump’s abandonment of his 2016 agenda likely put the man in an L.A. state of mind.

Should the case against Bannon end up being as strong as the indictment makes it appear, we’ll have witnessed a rightist scam that touched all the bases: disgruntled marks who, feeling abandoned by the establishment (and their own supposedly antiestablishment president), went all-in for a quick-fix gimmick promoted by people whose hearts may have been in the right place at one time but who, with faith and optimism failing them, decided that the money would be better spent on a new yacht than a fool’s errand.

It’s the “every man for himself” attitude brought about by the God King’s failures. Why let the doubloons go down with the sinking galleon? And by “sinking galleon” I mean the agenda, not the man. Trump may very well win reelection, but the agenda’s already at the bottom of the sea.

At least Trump will have (inadvertently) fulfilled one major campaign promise: a despised, bloated, scheming blond will be “locked up.”

Just not the one he promised.