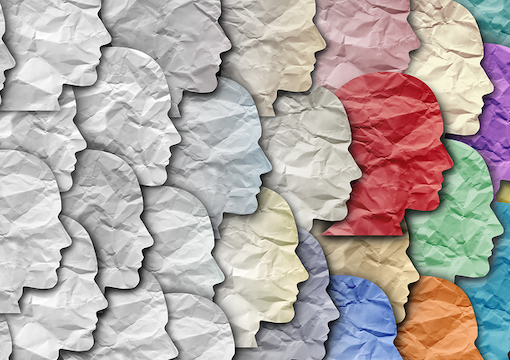 It is not necessary for a government to be thoroughgoingly despotic for us to live in a totalitarian condition in which we are afraid to say some things and—what is even worse—are required to say others. In such a condition, we are obliged to deny what we believe and assent to what we do not believe.

There is no better way to destroy the human personality than this. As a result, people become cynical, time-serving, and increasingly self-absorbed. Their impotence breeds apathy. Once they start to utter things for the sake of their careers or their peace and quiet that they do not believe, they lose all self-respect and probity and thus their standing to resist anything. People without probity are easy to control and manipulate; the purpose of political correctness is not to enunciate truth but to exercise power.

The present totalitarian threat comes not from government, as it once did, but from the universities and the intellectuals, or semi-intellectuals, that they turn out. The governments of liberal, or once-liberal, democracies lamely follow the fashions and obsessions that emerge from universities, and few politicians have the courage or the stamina to resist them. To do so would require a willingness to present an intellectual case against them, not once but repeatedly, as well as the mental equivalent of a rhinoceros hide to be unaffected by the opprobrium and insult to which they would be subjected (insult these days being the highest form of argument). Suffice it to say that we do not live in times propitious to patient argumentation by politicians about matters of principle. What cannot be said in three words will not be heard, so that surrender is the default setting.

“Academic drivel seeps out and soaks into what some people call the real world.”

A young researcher of my acquaintance, of a type who would once have easily found a job in a university, being both extremely well qualified academically and temperamentally suited to the scholarly life, now finds there is almost no place for him in the world of universities. Multilingual, he could work in any of several countries, but his applications are turned down, almost certainly in favor of people less able or qualified than he. His problem is that he is interested in the wrong things. Even applying for a job, particularly in American universities, is now a kind of Calvary for the person who does not share modern academic-bureaucratic obsession with race and sexual proclivities. In order to apply, the applicant must fill forms about his attitude toward diversity—there being, of course, no permissible diversity in attitudes toward diversity.

Many universities now demand a personal “diversity statement” from the applicant. According to one university:

[The] purpose of the statement is to identify candidates who have professional skills, experience and/or willingness to engage in activities that would enhance campus diversity and equity efforts….

This requires of the successful candidate either a full commitment to the fatuous ideology of diversity or an ability to act as if he adhered to it. To admit that all that you want to do is to study the life and times of, say, William the Silent, the Khedive Ismail, or Dr. José Gaspar Rodríguez de Francia, and convey your enthusiasm for this subject to others, would be fatal to your chances. You must want, in the cant phrase of our times, to make a difference, in other words to reform society into a totalitarian dictatorship of virtue.

Here is advice on what you should write in your diversity statement:

Concentrate on issues such as race, gender, social class and sexual orientation. Don’t try to tone down your statement by writing about how it is hard to be a Kansan in Missouri, for example. Instead, write about racial oppression, sexism, homophobia, transphobia, ableism or some other commonly recognized form of oppression.

In other words, you must bring your straw to the fires of resentment, so that the diversity bureaucracy will never extinguish them and therefore never be out of a job.

You might have thought that there was little opportunity for Diversity-Thought (Human Resources Maoism) in disciplines such as biology, the physical sciences, or engineering—but you would be wrong. The applicant has to promise to promote racial, sexual, and class diversity in the physics lab, though this, of course, might—indeed would—mean discriminating against the best people as established by such socially retrograde criteria as research record. Here is the opening sentence of a diversity statement recommended as a model for those who are applying for a post in a university department of science and engineering:

I am well aware that being a scientist or researcher does not mean just being successful in research. At the same time one should be excellent in his/her interactions with the community and the students, in his/her role to lead the academic society and in responsibilities to transform the community.

No Isaac Newton need apply, then, because he was notably not excellent in his interactions with the community, nor were his numerological and alchemical speculations likely to transform it.

Not being familiar with the academic world, I checked a website on which university academic jobs in the humanities were advertised. This is the kind of thing that I found:

We specifically welcome candidates with interdisciplinary teaching expertise in one or more of the following areas: postcolonial studies, decoloniality, critical race theory, queer of color critique, ethnic studies, indigenous and/or settler colonialism studies, disability studies, feminist theories, gender and sexuality studies, transnational studies, or composition and rhetoric with a specialization in any of the above areas. As we strive to create the most intellectually diverse, equitable, and inclusive institution that we can, we especially encourage candidates from historically underrepresented groups to apply.

But does any of this matter? I think it does. Academic drivel seeps out and soaks into what some people call the real world. My acquaintance, despairing of academe, tried for a job in the private sector (again in America). The application form included the following question: “Are you interested in any of our diversity and affiliation groups, yes or no?”

(The correct answer is not difficult to guess, nor are the consequences of getting it wrong.) The groups in question were LGTBQ, blacks, Latinos, women, and Asians.

But what about the poor foot fetishists? Who speaks for them?