Rise of the Middling 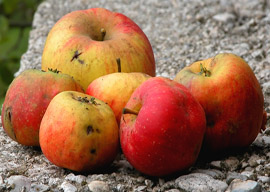 Though derided and despised, there is much to be said in favor of mediocrity. It is comfortable and unthreatening, unlike excellence; it makes no demands on us. Who can stand the strain of having to be brilliant all the time, or of having to be careful never to say a banal or obvious thing? Who, when he is tired from a hard day’s work, or even from the mere passage of a large number of hours since he rose in the morning, wants to flog his brain into the maximum activity of which it is capable? One longs, then, for the anodyne, for the un-thought-provoking”in short, for the mediocre.

I once spent two weeks being served delicious, beautifully prepared, and elaborate meals twice a day. By the end of that time, I longed for a cheese sandwich or a boiled egg: no more tarragon handpicked by vestal virgins on the night of the first full moon after the summer equinox, etc., etc., descriptions of which now seem de rigueur before the philistines round the table are allowed to begin to tuck in.

Moreover, as Somerset Maugham said, only a mediocre writer is always at his best, to which one might add that mediocrity is necessary for us to know what the best actually is. Mediocrities therefore perform a valuable service; they also serve who only stand and act routinely.

“Either one is famous or one is nothing; to be anonymous is to suffer an existential wound.”

Some are born mediocre, some achieve mediocrity, and some have mediocrity thrust upon them. I don”t want to boast, but whenever I have sat on a committee, which I have always tried to avoid, my mind suddenly runs to unaccustomed platitudes, and I hear myself saying the most obvious and self-evident things as if they were revelations. There is something about a committee that fosters mediocrity; on a committee, one becomes as individual as a lemming and as colorful as Pravda.

There is a certain kind of mediocrity that is very harmful, however. It has always existed, but it is (or so it seems to me) much more widespread than ever before, indeed one of the most important characteristics of the age: namely, ambitious mediocrity. How many of our political class are deeply mediocre in all respects except in their avidity for power? But this avidity for power is not confined to the upper reaches of the political class; far from it, it now pervades even small institutions such as schools and colleges. In hospitals there was a time when powerful personalities, usually accomplished in some way other than that of political scheming, ruled the roost, sometimes for ill but more often for good, or good overall. More recently, however, those doctors who rise to subaltern positions in hospital administration are almost always nonentities, both from the point of view of professional accomplishment and from that of character. But they are all too pleased to exchange their obscurity for a little power, or the simulacrum of power.

If it is true (as I think, though cannot actually prove, that it is) that mediocrities are no longer content to remain mediocrities but instead seek power as never before, the question arises as to why this should be so. My answer would be that the sheer pervasiveness or even intrusiveness of the media of mass communication in our lives has spelled the death of modesty and humility as social virtues. Either one is famous or one is nothing; to be anonymous, to be but one of a crowd in no public way distinguished from the rest of that crowd, is to suffer an existential wound. This wound can be healed only by public notice (hence the appeal of Facebook and Twitter) or the exercise of power. All modesty is now considered of the false variety, a mask for ambition and self-advancement; while humility, if ever genuine, is a kind of treason to the self, a blameworthy failure to recognize how transcendentally important one truly is.

My thoughts on ambitious mediocrity were given a strong fillip yesterday by reading an article by Frank-Walter Steinmeier, the German foreign minister, in Le Monde, the French equivalent of The New York Times (though still rather more interesting). To read Steinmeier’s article is to enter a world of completely gray thought, a world of evasive clichÃ©, of Soviet-style slogans, of a kind of verbal anesthesia. I think you could put almost anyone to sleep by reading it aloud to him.