Rise of the Victim Conquerors 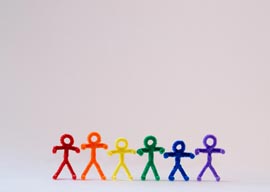 As Sweden crumbles under the weight of an unassimilable minority, as the Swedish foreign minister claims that her country is facing collapse due to a flood of refugees, my thoughts flash back to 1998, and a lengthy, contentious dinner I had with one of the preeminent progenitors of multiracial and multicultural Sweden: Fransesca Quartey. Fransesca is, and was already by 1998, a superstar in Sweden, one of that nation’s most popular actresses. She certainly stood out; her mother was a white Swedish native who, as a teen, had a child with a Ghanaian immigrant. Growing up in Gothenburg, there were not a lot of black/mixed-race Swedish stage, film, and TV stars, so when Quartey hit the big time, it was a big deal. Her ascent in the Swedish entertainment industry was fueled in part by a society that, ashamed as it is of its homogeneity, wanted to flaunt its nascent diversity.

In 1998, Quartey came to L.A. to see if her Swedish credits could transfer to an acting career in the U.S. You can probably guess how well that went. What constituted a novelty in Sweden was par for the course over here; sometimes it’s best to remain a big black fish in a small white pond.

As Quartey struggled to find career success in Hollywood, she met my then girlfriend, a low-level filmmaker who bragged about her “big-time Jewish movie-producer boyfriend.” And before you could say abracashiksa, I found myself roped into a dinner with Quartey and my girlfriend at a trendy restaurant in Santa Monica. I was, of course, expected to be on my best behavior. And why not? All I was planning to do was recommend a few talent agents and throw in some meaningless motivational boilerplate to sugarcoat the reality that she had practically no chance of getting representation in this town when her only calling cards were brown skin and a rÃ©sumÃ© that read like the Swedish Chef’s recipe for kroppkakor.

“If you can force a rocket scientist, celebrating the accomplishment of a lifetime, to cry and grovel and beg forgiveness on international TV for wearing a shirt, you are not unempowered.”

Somewhere in between the appetizer and the main course, Quartey decided to go off on a tangent about her ultimate goal, the thing she was going to leverage her stardom to achieve. Now that she”d been “accepted” by the Swedes, her plan was to use her clout to transform the country into a multicultural mecca in which the old traditions and culture would be jettisoned for a new “afro-Sweden.” Quartey seemed genuinely hostile toward the native Swedes. “They think they run the place,” she exclaimed, “but look out! The immigrants are coming and so is a new Sweden. We”re gonna make that country unrecognizable.”

I knew if I said anything, I”d be in the doghouse with my girlfriend for at least a week, but I couldn”t resist. I asked a simple, one-word question: “Why?”

Quartey stopped cold. She froze. In the echo chamber that was her life, I honestly don”t think this was a question she”d ever been asked.

“Why change such an old and indigenous culture? A nation that has welcomed you with open arms, a people who have inhabited the land since prehistory, a people far more indigenous than the bare-assed hut-dwelling natives of the Amazon. The Swedes have given you a good life; why destroy what they have?”

Hot damn, did things get unpleasant at the table from that point on. Quartey accused me of being racist, but to me, I saw my views as being anything but. As a child of the “70s, I was raised during a time when protecting “indigenous peoples” was all the rage. Native Americans were no longer portrayed as savages in two-dimensional Western films; they were a noble, wronged people, the voice of reason and conscience in films like The Outlaw Josey Wales, Little Big Man, and Buffalo Bill and the Indians. Internationally, the collapse of European colonialism led to nightly media cheerleading about indigenous Africans “getting their countries back.” Simultaneously, we cheered one group of Indians in North America for fighting back against white genocide, and we booed a different group of Indians in Africa as they were punished by Idi Amin for not staying in their own damn country. Because it was all about the indigenousness.

Granted, the media hacks rarely pointed out in those days (as they never point out now) that white people are the indigenous people of Europe, but when I finally figured that out on my own, I merely applied the same standards of indigenous rights that the 1970s had drilled into me regarding “people of color.”

But Quartey wasn”t buying it. I was a racist, and dammit, Sweden was going to change, whether it wanted to or not. Within a year, Quartey was back home and fomenting the cultural revolution she sought. I never saw her again, but I emailed her last week, to get her opinion, seventeen years later, of the current state of affairs in “diverse,” “multiracial” Sweden. She flatly refused to discuss the matter. This young lady who was so chatty, so eager to opine, in 1998, is silent now, as Sweden is rocked by internal strife and destabilization.

How did Aimee Mann put it?

It’s not what you thought

When you first began it;

You got what you want

Now you can hardly stand it.