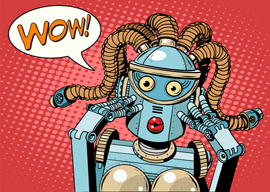 The overall quality of Comedy Central’s celebrity roasts might have declined measurably since the untimely death of Greg Giraldo (arguably the best roaster ever”sorry, Jeff Ross), but the quality of the network’s marketing has never been better. In the case of the recent roast of actor Rob Lowe, Comedy Central played the press and public masterfully. About a week before the roast aired, the network “leaked” news that even though Lowe was ostensibly the main target of the barbs, it was in fact Ann Coulter who found herself on the hot seat, the target of the lion’s share of wrath from the dais. Immediately after the leak, both ideological extremes acted exactly as expected. On the right, self-righteous pundits and outraged social media users raised their fists and curled their lips like Kirk at his finest in Wrath of Khan to let loose a projectile vomit stream of indignation about how “them comedians only attacked Coulter because she’s a WHITE CHRISTIAN! They wouldn”t dare make jokes about blacks or Jews.”

In this life, one of the surest ways to look like a complete and total ass is to express strong opinions about the content of a movie or TV show you haven”t seen, and it was obvious that none of those crusading moralizers had ever actually seen a Comedy Central roast. Because of course the comedians are just as hard (in fact, harder) on Jews, blacks, gays, etc. Jokes about slavery, AIDS, rape, and yes, the Holocaust abound. The attacks from the right came from folks whose position is essentially “I don”t watch that Hollywood devil filth, but I sure love actin” like an expert on it.” I know those people well, and they delivered exactly the headlines them dang ol” Hollywood Satans expected.

On the left, “progressives” salivated at the prospect of seeing Coulter ripped to shreds. For the past year, the left has been seething with anger and disappointment that when Comedy Central roasted Donald Trump in March 2011, everyone on the dais seemed to forget that their target was literally Hitler. Never mind that the left hadn”t yet discovered this stunning fact; leftists always expect their newest inventions to be retroactively applied. So, sure, Donald Trump was not yet literally Hitler back in 2011, but so what? The roasters should have had the prescience to know what would become canon in 2015. Is a little Godlike foreknowledge so much to ask of Snoop Dogg?

“The promise of Coulter being ripped limb from limb as a kind of Trump surrogate gave leftists tears of joy and boners of hope.”

The promise of Coulter being ripped limb from limb as a kind of Trump surrogate, a do-over of 2011, gave leftists tears of joy and boners of hope.

When the roast finally aired, everything pretty much played out as expected. The jokes were the usual mixture of hits and misses, zingers and duds, and yes, Coulter took the brunt of the low blows. But that’s how it’s supposed to be. Cruelty is part and parcel of these roasts, and if the recipient doesn”t appear to be enjoying it, all the better. Coulter’s tanning was no worse than the one received by Chevy Chase at his 2002 roast. Once the dais realized that Chevy was genuinely heartbroken over the fact that all but one of his fellow SNL alums had apparently boycotted the event, the attending comedians smelled blood and zeroed in on the thing they knew would hurt the most. Comedy Central roasts are cruel. If you don”t like cruel comedy, go watch Gallagher smash melons (although this could arguably be considered self-inflicted cruelty of the masochistic variety).

As predictable as the preambles and the roast itself were, I was a little surprised by the fact that the roast writers kept piling on Coulter after the show aired. That I hadn”t really seen before. On camera, anything goes. But then everyone’s supposed to shake hands and be friendly. During the roast of good-natured liberal man-boob Rob Reiner in 2000, “Meathead” was very easygoing about the jokes made at the expense of his ex-wife Penny Marshall and her, how shall we say, lack of physical beauty. But I doubt anyone kept it going the next day. I doubt Jeff Ross called Reiner and said, “Hey, thanks again for being such a good sport last night. And by the way”Penny Marshall is one ugly, dog-faced monster.” But in the case of Coulter, the venom continued to flow. At first, I figured it was purely election-related, more chances to attack Trump by proxy. But then pieces began appearing in the media in which the roast’s writers took Coulter to task for rejecting their jokes (roast participants usually have the option of writing their own material or using jokes provided by the staff). In a Facebook Live segment following the roast, writer Mike Lawrence and comedian Earl Skakel lambasted Coulter, with Lawrence claiming that her rejection of the writers” material proved that the “racist” and “homophobic” Coulter “does not understand humor or joy.”

Well, now I got curious. Because according to comedian and frequent roast performer Anthony Jeselnik, when Mike Tyson, an actual”what’s the word?”rapist, appeared on the Charlie Sheen roast, he forbade the writers from mentioning anything related to his rape trial and conviction, and they dutifully obeyed. There was no post-roast bitching about how Tyson “does not understand humor or joy” because of his refusal of their jokes.

I reached out to Earl Skakel, one of the participants in the anti-Coulter Facebook Live segment:

I”m trying to understand why Coulter is being mocked and criticized for rejecting jokes, but Mike Tyson demanded that no jokes referencing his rape conviction be told when he was on the dais, and he didn”t receive any public criticism. Tyson actually raped a woman, yet he seemed to get a pass that Coulter (whose words might be considered by some to be ugly, but they”re still just words) didn”t.

Skakel replied that the piling-on stemmed from the fact that the writers were angry because Coulter “had the attitude of I know what’s funny more than an ELITE room of people who do this for a living” (all-caps his). I was rather taken aback by Skakel’s quote. I even gave him the opportunity to reword it, as I told him it makes the writers look arrogant, but he stood by his words. So there we have it. It wasn”t about Trump after all. Ann Coulter hurt the poor writers” fragile little feelings! A group of self-proclaimed comedy “ELITES” felt belittled by the fact that some skirt told them she didn”t want to use their material. Of the seventeen writers on the Lowe roast, guess how many were women? Two. That deserves repeating with all-caps. Of the SEVENTEEN writers on the Lowe roast, TWO were women. A group of little boys had their egos crushed when some chick told them they aren”t funny. Tyson they could take it from; he’s an alpha (and an especially rapey one at that). But not Coulter, not some broad.

Here we see irony at its finest. After a week of leftist lip-smacking in anticipation of what was assumed to be a political statement against Coulter, we find out that the roast writers were indeed making a statement, but one that, under any other circumstances, leftists would abhor. A bunch of boys”-club “elite” (privileged) males publicly shamed a woman for saying no to them.

In fact, Skakel defended Tyson’s joke prohibitions: “There is a big difference in rejecting jokes that were written to try and make you look funny versus saying “hey please don”t talk about this subject.”” Indeed. At least Coulter agreed to see the jokes. Tyson was actually more dismissive by saying, “I don”t want you to write them at all.” But here’s where the arrogance of the writers is so apparent: These “elites” can”t fathom someone actually viewing their work and saying “not good enough.” Tyson gets a pass because his rejection was less hurty; he never read the jokes. Coulter did and rejected them. Ouch!