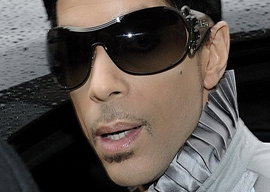 The much-discussed death of Prince last week brings up an old question: Why do pop stars tend to be rather fey?

Granted, using Prince as an example of any statistical pattern is a dubious enterprise. Prince went through life as a sample size of one. An odd duck who awkwardly combined feminine tastes in clothes with masculine traits such as his love of the electric guitar and a Donald Trump-size sense of confidence in his own musical abilities and (less justified) his own peculiar stylistic tastes, he was almost never the universally respected figure that so much of his postmortem press implies.

Prince was always, though, a tremendous musician, recognized by age 21 as the most broadly gifted American star since Stevie Wonder. And yet he only enjoyed a single year of non-ironic mass adulation, when he briefly succeeded Michael Jackson on the pop throne with his Purple Rain album and movie in 1984. But his my-way-or-the-highway approach to everything left him a bit of a figure of fun.

Rock stars come from the intersection of a Venn diagram of musicians and people who very much want the spotlight.

Male musicians as a whole tend to be fairly representative of their sex, although on average not quite as masculine as, say, football players or truck drivers. My late father-in-law, a classical tuba player, was frequently elected leader of the musicians” local because the other musicians saw him as a big man who would stand up to management in salary negotiations. And compared with the average violinist, he resembled Jack Nicholson playing Teamster boss Jimmy Hoffa in that Danny DeVito movie.

“The rock-star mode actually can be a coherent, even cunning heterosexual package for skinny young men who are never going to be the captain of the football team.”

Stars, of course, tend to be attention-seeking, which is not an extremely masculine trait.

There’s a modest negative correlation between how much a star needs applause and his masculinity level. Broadway stars are the surest of getting their fix of applause nightly and are likely the gayest on average. Rock stars get tremendous ovations, but first they need to deliver in the loneliness of the studio. Movie stars must be able to perform in isolation, as in Gay Talese’s story about what a movie star told her retired-ballplayer husband after a USO tour introduced her to the pleasures of performing in front of an audience:

Team-sport athletes get their cheers, but they also play half their games on the road in front of hostile audiences, where they must be motivated by the masculine urge to ruin a crowd’s evening.

All this is not to say that rock stars tend to be particularly gay.

The acid test of any profession’s tendency toward male homosexuality was its AIDS death toll during the “80s and early “90s. For example, ballet lost Nureyev, Joffrey, and Ailey. Fashion icons Halston and Perry Ellis died of AIDS.

In contrast, rock lost one big star, Freddie Mercury of Queen. But that Freddie was gay didn”t really come as much of a surprise.

Perhaps more striking in retrospect was how many eyeliner-wearing stars of the glam-rock “70s made it at least close to their biblical three score and ten. David Bowie and Mick Jagger married fashion models. When AIDS came along, Lou Reed stopped calling himself a heroin-addicted homosexual and got straight and got married.

There are modest masculinity patterns among instrumentalists. Guitarists may tend to be more masculine than keyboardists (for example, Elton John and Little Richard on the gay side; but then the super showmen Jerry Lee Lewis and Keith Emerson were straight). When Jesse Jackson was running for president in the 1980s, he was asked how he could claim to be heading a “Rainbow Coalition” open to homosexuals when he spent much of his time campaigning in black churches. He answered that lots of black churches have gay organists.

During the peak decade for rock stars, the “70s, a particular facial structure emerged as the Platonic ideal for rock stars: a vaguely Asian look with high cheekbones and a narrow jaw. Steven Tyler of Aerosmith is perhaps the canonical example.

Thus when Johnny Depp went out to Hollywood in 1979 it was not with the intention of becoming a movie star”he lacks the square jaw conventionally associated with leading men”but a rock star. His acting career had its ups and downs until he hit upon the happy inspiration of playing his role in Pirates of the Caribbean in the manner of Keith Richards of the Rolling Stones.