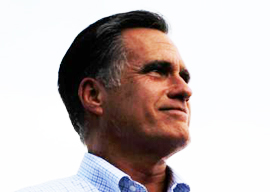 Providence has been pleased to give this one connected country to one united people—a people descended from the same ancestors, speaking the same language, professing the same religion, attached to the same principles of government, very similar in their manners and customs, and who, by their joint counsels, arms, and efforts, fighting side by side throughout a long and bloody war, have nobly established general liberty and independence.

So wrote John Jay in Federalist No. 2, wherein he describes Americans as a “band of brethren united to each other by the strongest ties.”

That “band of brethren united” no longer exists.

No longer are we “descended from the same ancestors.”

Indeed, as we are daily instructed, it is our “diversity”—our citizens can trace their ancestors to every member state of the United Nations—that “is our strength.” And this diversity makes us a stronger, better country than the America of Eisenhower and JFK.

“Yet should Barack Obama win, the centralization of power and control will continue beyond the point of no return.”

No longer do we speak the same language. To tens of millions, Spanish is their language. Millions more do not use English in their homes. Nor are their children taught in English in the schools.

As for “professing the same religion,” the Christianity of Jay and the Founding Fathers has been purged from all public institutions. One in 5 Americans profess no religious faith. The mainline Protestant churches—the Episcopal, Methodist, Lutheran and Presbyterian—have been losing congregants for a half-century. Secularism is the religion of the elites. It alone is promulgated in public schools.

Are we attached to “the same principles of government”?

Half the nation believes it is the duty of government to feed, house, educate and medicate the population and endlessly extract from the well-to-do whatever is required to make everybody more equal.

Egalitarianism has triumphed over freedom. Hierarchy, the natural concomitant of freedom, is seen as undemocratic.

Are we similar “in our manners and customs”? Are we agreed upon what is good or even tolerable in music, literature, art?

Do we all seek to live by the same moral code? Abortion, a felony in the 1950s, is now a constitutional right. Homosexual marriage, an absurdity not long ago, is the civil rights cause du jour.

Dissent from the intolerant new orthodoxy and you are a bigot, a hater, a homophobe, an enemy of women’s rights.