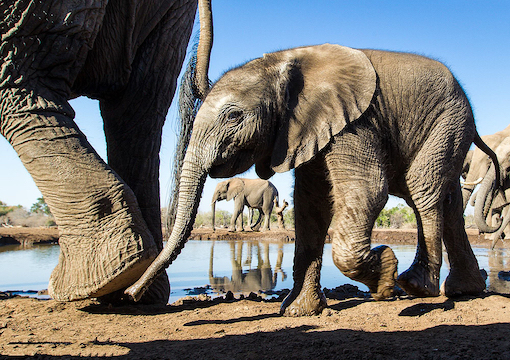 Ron Unz is a funny fellow…not always intentionally. Back in January he ran a piece by a pseudonymous sieg heiler named Eric Striker that contained an error of fact regarding my Holocaust work (hard to believe that a Daily Stormer guy got something wrong, but there ya go). Ninety-nine percent of the time, I ignore that kind of thing. But this was an error of such magnitude, I decided to seek a correction.

I reached out to Unz with a simple request: remove the factually incorrect claim. He refused. We had a brief back-and-forth that climaxed with him telling me, “As it happens, a couple of extremely eminent fully mainstream academic scholars have told me that they read all my American Pravda pieces ‘religiously’ and ‘love’ my series. Other highly-regarded 20th century historians, whose works are favorably reviewed in the NYT, have dropped me very friendly notes right out of the blue and sent me complimentary copies of their latest books.”

Me: “You have a serious factual error on your site.”

Still, credit where it’s due; Unz has folks talking. On July 27, he penned a provocative piece titled “The Political Bankruptcy of American White Nationalism,” and damned if it hasn’t caused quite the firestorm on the right. Unz’s point is essentially, “Illegal immigrants, and nonwhite immigrants in general, are fine and dandy, and you’re a dummy for thinking that immigration is anything but a net positive. The real problems in America come from blacks and leftist whites, so get your priorities straight, right-wingers.”

Judging by the comments on Unz’s site, and the cheers and jeers from rightist blogs and podcasts, the piece hit a nerve.

Of course it did.

There’s a crisis of faith on the right at the moment, specifically that segment of the right that defines itself—prides itself—on being about more than low taxes for corporations, abortion restrictions, foreign intervention, and empty platitudes about flags ’n’ bibles. Unz’s essay is a product of that angst. Trump has crapped out on the immigration pledges that so energized his base in 2016. Worse still, the BLM and Antifa terror campaigns that currently dominate the news can’t really be tied to immigration. That presents an irresistible opportunity for someone like Unz to say, “Well, good. We never should’ve been bitching about the Mexicans in the first place. Quit attacking ‘the illegals.’ Our real problem is ‘the blacks.’”

“Hey, everybody—it’s raceball season, and you gotta pick a side!”

Of course, the reality is that the elephant is all of those things. Unz, myopic as always, can’t see that. He can grab only one part of the beast and declare it the whole.

Yes, our current turmoil does indeed demonstrate how bad things have gotten regarding black America. If there is a “black problem,” it would be difficult to describe it as anything other than irresolvable. White and black America are like an old married couple who’ve spent an eternity in counseling, to no avail. One partner has tried time and again to follow every piece of advice to make the relationship work. That partner earnestly committed to being an active listener, a thoughtful lover, the first to concede error and imperfections, and the first to back down to avoid a fight.

The other partner, though being the one who demanded the counseling in the first place, spends the entirety of the sessions grinding teeth and seething with silent hostility. And, once home, the smallest crisis shatters the facade of progress, as that partner explodes with rage and violence in a flurry of punches and kicks accompanied by a recited litany of every wrong—real or imagined—suffered since the first date.

It’s the kind of relationship where the only good advice is “end it.” But we can’t end it. So it becomes an ongoing, eternal headache. This hopelessness, this fatigue, is exactly the kind of psychological stress that can lead people to make poor long-term decisions. In a time of immediate anxiety, fear, and chaos, who cares about future problems? To put it another way, when times are bad, that’s when people are most likely to smoke or drink, to relieve the pressure. “Think about your long-term health” is a message that carries no weight when you’re just trying to get through a terrible week. When times are good, when we’re happy, that’s when we’re more likely to say, “I think I’m gonna quit smoking because I don’t wanna get lung cancer in twenty years. Life is good and I want to be around for a long time.”

Bad times—terrible times like what we’re experiencing now—encourage myopia. “Our cities are on fire; who cares about long-range demographic trends?” It’s therefore understandable that some on the right find Unz’s sermon appealing. As “white dissident” podcaster Tony Odarg stated while cheering Unz’s thesis, the problems caused by Third World immigration are “too abstract, too distant” to merit attention. Whites shouldn’t look so far into the future; just focus on what’s in front of you right now.

In other words, the elephant part.

And MAGA superfans have their own reason to echo Unz’s sentiment. What better way to rationalize Trump’s immigration failures than to claim that immigration was never a problem in the first place! His 2016 rhetoric was just 4D chess aimed at bamboozling the left by distracting them while he concentrated on what really matters (like freeing black criminals and moving the embassy to Jerusalem).

It’s precisely because present conditions are making it difficult to concentrate on anything but the part of the elephant that’s in our faces, that rightists should resist that urge. Look at the entire animal. Yes, the situation with blacks is abysmal. Yes, young leftist whites have never seemed worse. But don’t forget the mass destruction that occurred in Seattle in 1999, and the rapey lawlessness of Occupy 2011. Every decade or so, thousands of young leftist whites join together to do something stupid and anarchic. The only difference this time is that nobody’s stopping them. But again, these are only parts of the elephant.

Unz’s piece is riddled with errors. Regarding the recent riots and looting, Unz claims that “America’s huge immigrant population was rather conspicuous by its absence.” That’s simply false. Here in L.A., the riot/looting dynamic followed the same pattern as in 1992: Blacks break the windows and take the shiniest objects, then Mexicans swarm in and vacuum up the rest. Even the L.A. Times, which only speaks ill of nonwhites when it’s impossible not to, had to concede that “the looters were mostly young and male, mostly black and Latino.”

But that’s just facts, and Unz already let me know that he’s way too smaaaht to worry about such things.

The bigger issue is Unz’s foolish naivete. He claims that nonwhite immigrants “by all indications get along quite well with their white and native-born neighbors,” and he believes that this present “equanimity” will continue in a future America crammed ever tighter with Third Worlders. I’d argue the opposite, that the more Third Worldy we get, the less “equanimity” there’ll be. Just look across the sea. As European nations have increased their immigrant and “refugee” populations, have things gotten better, or worse? Do the newcomers adapt, or do they “terraform” to make their new home as shitty as their old one?

Now, Unzophiles would argue that native whites need not fear Mexican immigration because “white Hispanics” will be the dominant segment of these “new Americans,” so basically that means white America will be getting more white allies, albeit ones with Spanish surnames. To swallow that line, one must forget the fact that some of the most extreme, hateful, discordant blacks are mixed-race and light-skinned. Far from being more “white-friendly,” mixed-race blacks tend to be more hostile to whites due to a need to emphasize a “blackness” that is not cosmetically apparent.

Yeah, many Hispanics “look huwhite.” And guess what? Just because a group “looks huwhite” doesn’t mean it won’t attack whites when convenient. One could argue that the most white-unfriendly group in America is “huwhite.” Would anyone seriously claim that Jews approach white America with “equanimity”? Any group that can be white or nonwhite or antiwhite when it suits them is far more likely to be an agent of chaos than stability. White Hispanics will be antiwhite whenever it’s strategically advantageous or psychologically pleasing.

And while it’s true that Mexicans do reduce the crime rate when they take over black neighborhoods, that’s really more of a comment on the preternatural lawlessness of blacks than it is on the law-abiding nature of the immigrants. And besides, once enough Salvadorans and Guatemalans get here, that crime-rate distinction will vanish.

When examining the elephant, take care to understand the uniqueness of each part. The problem with black America is that a large percentage of blacks want something that can never be—equality of outcome, not just opportunity. Blacks are their own “border wall”; their own limitations are what they must scale, and most can’t. Hence there’ll be eternal conflict, because their inability to achieve the status they seek will keep them forever angry and resentful.

Stay focused on the big picture. Blind men feeling up an elephant ignorant of the parts outside their reach risk being not only wrong, but stomped.