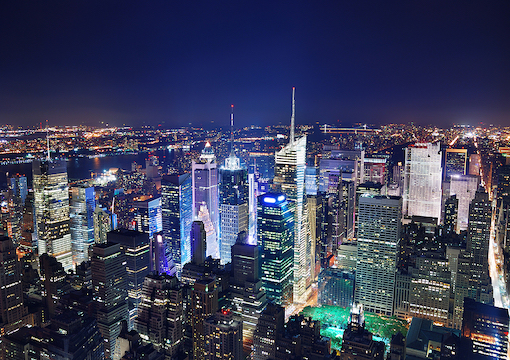 I remember being in the minority in school with my dark brown hair, the majority of kids having light brown or blond hair. Americans back then looked like a mixture of Anglo-Irish, German, and Scandinavian, as opposed to now, where the Bagel looks like downtown Caracas, better yet, Karachi. Nothing wrong with that, I guess, but real blondes seem to have disappeared, replaced by peroxide ones where the weaker sex is concerned. Another feature in style or vogue today is the beard. Everyone in this city seems to have grown one, the vilest being those long ones that bald men tend to have. On tasteful grounds, the only beards that should be permitted are blond ones, and only on overweight men, but as I said, there are no real blonds around anymore. It used to be that mostly criminals grew beards, and speaking of crime it is surging as I write, the irony being that countless mayor wannabes are demanding less police presence. Go figure. Crime, however, has always been around New York, but it used to be confined to the Bronx and the Lower East Side. Newspaper social columns covered society types, and of course celebrities. Crime came third. Nightclubs such as El Morocco and the Stork Club gave precedence to society swells and movie stars, and had “Siberia” areas for unknowns who had somehow made it through the velvet rope. Both sexes dressed to the nines when in public, sweats and leggings being horrors in the faraway future. Which brings me to the present.

‘The Bell Tolls for the Bagel’ might be a premature headline, but if one judges by crime statistics, bankruptcies, and empty storefronts, the city is on life support. Big, fat taxable income golden geese have flown south, the latest threatening to fly being Goldman Sachs and JetBlue. Personally, I couldn’t give a damn because I’ve yet to meet many Wall Street biggies with good manners, and it’ll be easier to get a good table in good restaurants once they’re gone. Carl Icahn and Paul Singer, two very rough multibillionaires, are already down south, not that the Social Register will have to revise their new addresses. At least in London people like Lord Sugar are colorful in their outspokenness; over here they’re just simply gross.

“If one judges by crime statistics, bankruptcies, and empty storefronts, the city is on life support.”

Never mind. As the city reopens, one thing is for sure: The glamour days of Studio 54, Xenon, and other flesh points are not about to return. Pot is now legal, as is prostitution—almost—so why not a return to the swinging nights of coke and group sex at Studio 54? AIDS is no longer a killer, and the pandemic isolation has orgy freaks panting like ponies after a long hard race, but something tells me this time the attitudes and the people will be different. Studio 54 and Xenon worked because so-called proper people filled them nightly while leaving their inhibitions at the door. These café society types no longer exist as nightclub fodder, replaced by an underworld of rap stars, sports figures, so-called influencers, reality stars, pop folk, and their entourages.

New York will be fun again, but to a select few, namely the ones I just mentioned. Big ballroom spaces are out; small, dark, intimate holes in the wall will be in. Hungry landlords will be leasing street-level vacant spaces for anyone able to pony up. The places will quickly be painted black, each room will be called the VIP lounge, and only freaks will be admitted apart from sports, rap, and internet stars. Their entourages alone will spill over into the street. Drugs will replace booze as the No. 1 mind-altering substance. A young white couple, he in a suit, she in a dress, will be laughed away back uptown and then some. Party seekers today wear black leather and dark glasses, and the darker the nightclub, the darker the glasses. Intimidation reigns supreme, and trash talk is the lingua franca.

Well, perhaps I’m being too pessimistic, but I don’t think so. Civil disobedience is now seen as almost patriotic in the Bagel and elsewhere in America, so the always-on-the-forefront-of-criminality club scene is not about to change its act. Surviving a night clubbing in the Bagel will soon be the equivalent of a night patrol in Quang Tri, Vietnam, back in 1968.