Rotten From the Top Down 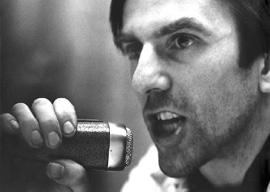 Although the phrase is often misattributed to Antonio Gramsci, it was the Marxist creep Rudi Dutschke who famously suggested the political left could ultimately control society via a “long march through the institutions.” And my, how they have marched, wriggling and crawling like screwworms to infest every aspect of national life and the body politic. The damage they have caused is immense.

You will find them everywhere—in public broadcasting, the education sector, the National Health Service, the welfare system, and the judiciary—fat, complacent, unaccountable, state-subsidized, and squandering our resources. Worst of all, they peddle a creed of dependency and victimhood and mediocrity and underachievement which produces nothing but failure, decline, and excuse. Just the result they wanted.

Look around. Everywhere is the toxic residue of the liberal-left agenda. Entitlement has replaced a sense of duty and hard work; human rights stand in for decency and common sense. Notions of inclusivity have pushed aside excellence; nebulous multiculturalism supplants patriotism, core common values, and national identity; moral relativism inhabits a space once occupied by basic ethics and a sense of right and wrong. Equality legislation has stifled enterprise and killed the free market. Overly enforced health and safety has chased away free will and quashed personal responsibility. All is geared to interference and intrusion, to the state ownership of society. Dutschke and his kind have wrecked us.

“It was easy for the London rioters to smash things down, for they have never been forced to build anything up.”

Be hopeless, and you will be raised up. Be a thief or a crackhead or a street thug, and the caring liberal-left will feel your pain. Be ineffectual and illiterate, and you will be given a plum job in the public sector. Be promiscuous and irresponsible, and the taxpayer will cough up for your revolting spawn. Be work-shy and idle, and you will be rebranded as special needs and given anything you want. Because the left wants to own you. It sure as hell needs your vote.

It was easy for the London rioters to smash things down, for they have never been forced to build anything up (whether a business, a career, savings, or even a stack of pancakes). Similarly, the state sector—dominated by a heavily unionized liberal-left—has been massively profligate because they are not the wealth-creators, nor are they spending their own money.

A barrister friend of mine recently overheard a looter convicted for his part in the London riots complain at being sentenced to custody in the Feltham Young Offenders Institution because “you have to queue for the snooker-table there.” Spot the glaring lack of deterrence or punishment. Then there is the property developer friend of mine who says that in order to be eligible for the government-backed Considerate Constructor Scheme, he is obliged—even when the building pile is over fifty stories high—to install disability-friendly toilets at the top of the scaffolding (presumably on the off chance a wheelchair-bound laborer wants to haul himself up several hundred feet to take a crap). A third friend of mine, a teacher, was castigated for correcting a student’s spelling on the grounds that it was oppressive and judgmental. Finally, a fourth friend—who employs a black African domestic in London—recounts how the woman has been given a free laptop computer to aid her bid to become a British citizen (in spite of her mistaking the Queen for my friend’s grandmother and believing someone named “Margaret” was our current prime minister).