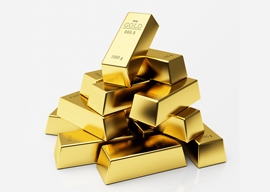 Whether it is more painful to be justly than unjustly accused is a difficult question to answer: sometimes I think the one, sometimes the other. Likewise, it is uncertain whether success or failure in life, wealth or poverty, is the greater test of character. But on the whole I have preferred the failures in life whom I have met to the successes, perhaps because I feel an instinctive affinity with them. Success is to failure as, in the opening sentence of Anna Karenina, happy families are to unhappy ones. There are so many interesting ways to fail, indeed an almost infinite number. Even the most unimaginative person can usually find an original way to make a mess of things. By comparison with failure, then, success is a dull dog. Give me a Chekhovian hopeless case any time rather than a dashing romantic hero.

Personally I have never taken the character test of riches, but I think I am ready for it now; at any rate, I am at least sufficiently mature. But never having cared very deeply for money (although I have also never had any vocation for actual poverty), it is too late in the day for me to take it now. I shall have to await my next life to find out. In this life I entrust my savings, such as they are, to advisers, in the hope that they are not of the Bernie Madoff school of finance and investment; but for all I know, or can be bothered to find out, they may be. After all, one can”t be interested in everything, and it so happens that my financial affairs have never really captured my imagination.

“Governments can do anything, and neither custom nor constitution will restrain them for long.”

Nevertheless, I subscribe to one of those free electronic investment newsletters (free but, it is implied, exclusive) that promises you an insight into the world of high finance, supposedly to the great benefit of your personal fortune, at least if you follow its advice.

Following its advice, however, would not be at all easy even if one were inclined to do so, since it is so contradictory. Yesterday, for example, it announced to me that the time had never been better to invest in the largest companies quoted on the most important stock exchanges of the world. It admitted that quantitative easing, the conjuring of money by governments from the air, had already inflated asset prices, but what, after all, was the alternative to such stocks? Where else could the money go? Many of those stocks returned five percent, much more than any but the riskiest bonds.

Today, by contrast, it warned me that a dramatic collapse in share prices everywhere was all but inevitable, and that there was only one way to avoid the crash (for oneself, that is; global economic disaster was unavoidable), and that was to buy as much gold as possible.

So yesterday I would have bought shares; today I would have sold them and bought gold instead, in the process losing money, since buying and selling are not without cost. I understand all the arguments in favor of gold, of course”that it is a commodity that has been a store of value for thousands of years, that the governments of the world can”t simply decree that there will henceforth be more of it than there is today, that it has always been a refuge in turbulent times, and so forth”but the problem is that I have heard all these arguments, which in the abstract make perfect sense, as often before a fall in the price of gold as before a rise. Besides, governments in the past have prohibited the holding of gold by private individuals, and in effect confiscated such holdings. Governments can do anything, and neither custom nor constitution will restrain them for long.

In the matter of investment, or perhaps I should say speculation (the newsletter would be more accurately called a speculation than an investment guide), timing is everything and I have yet to be convinced that anyone has more penetrating foreknowledge of the markets than could be expected by chance. After all, if a million people speculate, some must make a fortune, just as there will always be players of roulette (if there are enough of them) who win even in the long term.

My speculation newsletter is full of graphs, but graphs, like statistics, can be manipulated. The date at which the upward or downward slope of the graph begins is carefully chosen to prove the preconceived notion of the article; a rise of one percent can, by choosing a suitable scale, be made to look like Mount Everest, while a fall of fifty percent can be made to look like the merest blip. Projections are taken for predictions and what happened in the past is assumed to be a reliable guide to the future.