Rush and the New Blacklist 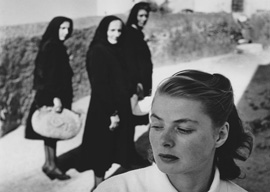 The original “Hollywood blacklist” dates back to 1947, when 10 members of the Communist Party, present or former, invoked the Fifth Amendment before the House Committee on Un-American Activities.

The party was then a wholly owned subsidiary of the Comintern of Joseph Stalin, whose victims had surpassed in number those of Adolf Hitler.

In a 346-17 vote, the Hollywood Ten were charged with contempt of Congress and suspended or fired.

The blacklist had begun. Directors, producers and writers who had been or were members of the party and refused to recant lost their jobs.

Politically, the blacklist was a victory of the American right.

In those first years of the Cold War, anti-communism and Christianity were mighty social, political and cultural forces. Hollywood acknowledged their power in what it produced.

Rhett Butler’s departing words to Scarlett O’Hara—“Frankly, my dear, I don’t give a damn!”—were the most shocking heard on screen.

“To control the politics of a nation, control of the culture is a precondition.”

Catholicism was idealistically portrayed in Going My Way and The Song of Bernadette. Priest roles were played by Bing Crosby, Spencer Tracy, and Gregory Peck.

But over a half century, the left captured and now controls the culture.

The Legion of Decency is dead. The Filthy Speech Movement from Berkeley 1964 has triumphed. The “seven filthy words” of comedians like Lenny Bruce and George Carlin are regular fare in films and steadily creeping into prime-time.

Where Ingrid Bergman of Casablanca fame had to flee the country in 1950 after an adulterous affair with director Roberto Rossellini, the media today happily provide all the salacious details of every “relationship” that Hollywood stars enter into and exit.

All of this testifies to the cultural ascendancy of the left.

Yet every establishment has its own orthodoxy, its own taboos, and its own blacklist. And, despite its pretensions to be open to all ideas, our cultural establishment is no different.

While the Hollywood Ten have been rehabilitated and heroized, it is Christians and conservatives who are in cultural cross hairs now.