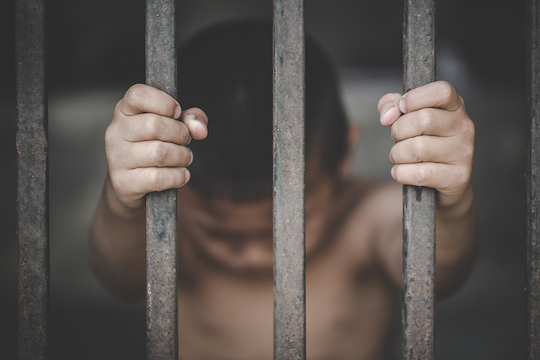 Excuse me, but I was promised concentration camps.

In 2016, leftists told us that Trump, if elected, would build a network of Nazi death camps. And what did we get instead? A few measly “kids in cages.” Worse, those damn border detention center cages aren’t even Trump’s; they’re Obama’s. And now, thanks to the ceaselessly hilarious 2020 Democratic primaries, our leading leftist politicos are finally admitting that yes, “Obama did build that.”

This dawning realization began when famed Univision journalist Juan Valdez, I mean Jorge Ramos, grilled a semi-lobotomized Joe Biden about the former VP’s claim that he and Obama “didn’t lock people in cages.” “You actually did,” shot back Mr. Roarke (I mean, Ramos), while showing the stunned Biden a photograph of an impounded hijo in an Obama cage (Biden was mainly shocked by the fact that photographs come in color these days). Ramos demanded answers: Why were these children in cages? “What happened was all the unaccompanied children were coming across the border,” Biden whimpered. “We tried to get them out, we kept them safe.” No malarkey there; Obama put ’em in cages for their own best interest.

Needless to say, Biden’s defense completely mollified the nation’s Hispanics, who began clapping their castanets in joy while dancing around a hat. Oh wait, no, just the opposite happened—a bunch of fiery frijoles crashed the Nevada Democrat debate to heckle Clueless Joe with chants of “No kids in cages.”

Funny enough, Biden’s belief that sometimes you just gotta cage a kid is shared by the woman he championed in 1993 as chairman of the Senate Judiciary Committee—Ruth Bader Ginsburg. RBG’s all about cagin’ the kids…if they’re white.

Everyone knows that Japanese noncitizens in the U.S. were interned following Pearl Harbor. And everyone knows that Americans of Japanese descent were forcibly relocated from the West Coast (de facto internment). And a few of you probably know about the 11,000 German aliens who were interned as well. But you may not be familiar with the fate of the American-born children of German internees. Most Germans who immigrated here in the early part of the 20th century did so with the intention of settling down and having a family. So quite a few of the interned Huns had Hunlets who were American by birth.

Technically, the American children were not interned, but certainly that’s splitting Herrs. For most of those kids, it was either accompany their parents to the camps or live as vagrants.

In 1988, President Reagan signed a Democrat-backed bill that gave an apology and a bunch of money to the Japanese-Americans and Japanese noncitizens who were interned during the war. The German internees were left out, the rationale being that they’d received “due process” via the Enemy Alien Board interviews that had determined which German aliens got caged and which were merely “interned at large.” But what of the Americans who, as children, had been “caged” because it was either follow their folks to the camp or become homeless? Those kids received no due process in 1942. Surely they should get a few of those reparations bucks (or at least an apology).

“If the majority of criminal aliens currently being detained by ICE were Finns or Norwegians, she’d probably tell ICE to cage away!”

But only the Japs got redress. And when the (now grown) American children of German internees asked for a slice of reparations pie, Congress made a dick move that I wish more people knew about, because it’s such a dick move, it deserves to be remembered for its audacity: Congress amended the 1988 reparations/apology bill to include the American-born family members of Japanese internees only and not the American-born children or spouses of German ones. Literally, the Americans who’d been interned with their German parents had said to Congress, “Wait, what about justice for us American citizens who were only interned because a family member was?” and Congress replied, “Hey, you’re right! And we’re gonna compensate exactly those people, but only if their family members were Asian, not white. Thanks for reminding us; now fuck off.”

This didn’t sit well with Major Arthur Jacobs (USAF). Born in Brooklyn in 1933 to German immigrant parents, at age 9 Jacobs was forced to follow his folks into the internment “cages.” And now the military veteran wanted to know why the kids and spouses of Japanese internees were getting apologies and reparations, but not people like him. So he sued for discrimination. His argument was simple: If he’d gone through everything he went through as an Asian instead of a white, or with an Asian parent instead of a white one, he’d be covered by the reparations bill. His circumstances were the exact same as those of the people being compensated; the only thing different was race.

The suit made its way to the United States Court of Appeals, D.C. Circuit, where it was adjudicated in 1992 by a panel comprising three judges who’d been appointed by Jimmy Carter as part of his push to create a sort of “Injustice League” of leftist minority federal appeals court judges. This panel consisted of Harry Edwards (an African-American) and two Jews: Abner Mikva (no friend of the First Amendment, as I pointed out in a previous column), and black-robed Jabberwock Ruth Bader Ginsburg.

Representing the government was then (and now) attorney general William Barr, who’d inherited the suit from Dick Thornburgh. Barr argued that the government had every right to compensate internees based solely on the Nippiness of their skin. And wouldn’t you know it, Mikva, Edwards, and Ginsburg agreed.

Arthur Jacobs had gone out of his way to prove that even though he himself had technically not been interned, he was essentially interned because his only option other than joining his parents would have been to live as a destitute 9-year-old begging in the streets. In other words, he had no choice. But the panel pulled the rug right out from under that argument. It’s a moot point, the judges told Jacobs. We don’t care about the circumstances of your internment. Even if the U.S. government had directly ordered you—a 9-year-old American citizen—into a cage, you still wouldn’t be entitled to compensation…because you’re white.

The panel approvingly and brazenly touted the fact that since the reparations law was an allowable example of a “race-conscious measure,” the ruling in Jacobs’ case would be equally “race-conscious.”

The judges stated that the point of the reparations law was to compensate those victimized by “racial prejudice, wartime hysteria, and a failure of political leadership.” The internment of little Artie Jacobs was not covered because, they said, it had not been caused by those factors. Even if “Mr. Jacobs had been ordered [by the government] to accompany his father” (as opposed to joining his father due to lack of options), the panel emphasized that its ruling would be the same.

It was a wacky legal theory, befitting an ideologue like Ginsburg. In no normal circumstance would an American child be ordered to prison because of his father’s crimes, no matter how heinous those crimes might be. It would not be allowed, even if the imprisoned father demanded that the child be sent to join him in his cell. The government couldn’t do it, the father couldn’t demand it, and the child couldn’t request it. Yet in this case it happened, not just to Arthur Jacobs, but to dozens of other American children of German descent. So why the exception? Surely this unheard-of caging of American-citizen minors happened because of “racial prejudice, wartime hysteria, and a failure of political leadership.” But Ginsburg, Mikva, and Edwards said no! The children, being white, could not have been victimized by those things, because of their race.

The panel stressed the fact that Japanese aliens were interned en masse and Japanese-Americans were relocated en masse, while German aliens like Jacobs’ father got the benefit of a hearing. Therefore, the panel concluded, racism and hysteria caused the suffering of the Japanese internees, but not the German ones. And that may or may not be true, but it’s irrelevant to the fact that the imprisoning of American children with their fathers, no matter the validity of the fathers’ confinement, was an anomaly. The judges refused to examine why it was allowed to happen, just as they also refused to even acknowledge that the situation was anomalous. What exactly was going on in the U.S. at that time that led to American children being imprisoned in camps? Was it perhaps some combination of “racial prejudice, wartime hysteria, and a failure of political leadership”?

The judges didn’t have to answer that question because, irresponsibly, they never asked it.

What happened to “enemy aliens” in the 1940s is long over and done with, the product of a time gone by. But what matters very much today is Ginsburg’s ruling in the 1992 Jacobs case. RBG is a hero to the left who last year opposed the detention by ICE of noncitizens who’d been convicted of crimes while residing in the U.S. The same woman who decided that 9-year-old U.S. citizen Arthur Jacobs’ internment was justified also claims that ICE detention of adult noncitizens who’ve been convicted of crimes in U.S. criminal courts is an outrage that must be prohibited.

Such a contradiction only makes sense when viewed in light of race. Ginsburg was fine with Art Jacobs being caged because he was white. Caging children is only wrong in her eyes when done to nonwhites. If the majority of criminal aliens currently being detained by ICE were Finns or Norwegians, she’d probably tell ICE to cage away! But since an overwhelming number of today’s crime-committing noncitizens are of the brownish or blackish variety, Ginsburg, with eyes of flame, comes whiffling through the tulgey wood, burbling about injustice.

Joe Biden won himself a reprieve last weekend in South Carolina. As the primaries move on to more Latino-heavy states, his defense of Obama-era kid-caging will become a major liability. The kids were brown, and that’s all that matters. There is every reason in the world to cage white kids, and no reason ever to cage nonwhite ones. That’s the legacy of the Arthur Jacobs decision. The propriety or impropriety of caging kids comes down to nothing more than a brown-paper-bag test.

Biden tried to argue that there are certain circumstances under which the caging of kids is permissible. And there are, but only if the kids are white. That’s the “race-conscious” legal theory codified by the woman he helped put on the Supreme Court. If it destroys his presidential campaign, it would be a fitting end.

Hoist by his own racial malarkey.