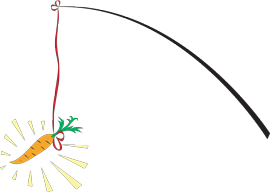 If you missed it, you missed out: one of the best comedy accounts in Twitter history (even better than @Vice_Is_Hip, which I long thought to be Gavin himself) has been eighty-sixed. @Salondotcom lampooned the admittedly low-hanging fruit of Salon. Run by Daily Caller opinion editor Jordan Bloom (Internet crony of yours truly) and his roommate Rob Mariani, @Salondotcom did a bang-up job of ridiculing the actual website.

It’s not just the Tweets themselves, though those are hilarious. To whet your appetite for the (reportedly) impending return, here’s a quick rundown of @Salondotcom’s greatest hits:

“Winter is coming”: The racist motivations behind Game of Thrones seasonal cycle

The social media plantation: Why there aren”t more POCs in hashtag activism

“The mainstream media, old and new, are enough of a joke. Why do we even need satire anymore?”

If you”re fortunate enough to have no idea what Salon is, or what a typical article of theirs entails, recent and semi-recent offerings include pondering whether the Tsarnaev brothers are white (from former editor-in-chief Joan Walsh, whose book is titled What’s the Matter with White People?), some thoughtful exegesis on blowjay and wet T-shirt contests, and why Breaking Bad is an allegory for white nationalism.

Being the intelligent folk you are, you can understand how the untermenschen had difficulty telling parody from the real thing; indeed, there were examples of the self-righteous unironically re-Tweeting the parody account in a paroxysm of smug outrage. And while Salon (or at least Joan Walsh, whose very face embodies everything excruciatingly awful about upper-middle-class leftist Marxsplaining) denies any role in getting the account terminated, apparently it’s Twitter policy to only suspend parody accounts when the person or entity in question is the one doing the objecting.

The short version: someone from Salon can”t take a joke, once again confirming the Blakean assertion that the left can (at least occasionally) make jokes, but it sure can”t take them. This isn”t too surprising. In fact, if you read my column every week (and of course you do, because you”re a man of refinement and taste), you”re well acquainted with the latest and greatest in leftist outrage against everything good, decent, and hilarious. Film at 11″but let’s switch gears a moment.

I”ve long maintained that The Onion just isn”t funny anymore, emphasis on “anymore.” In its prime, The Onion was a glorious piece of American satire, with just enough of its consciousness in the counterculture to mercilessly mock it. I could sit here and rattle off some of my favorites, but I can tell you precisely when The Onion jumped the shark, a far more important question for our purposes.

It wasn”t when they called that little girl a cunt. It’s when they apologized for it. It wasn”t just that they broke the fourth wall for the first time. It’s that they did so to make a concession to the grievance industry, whose primary operating maxim is the punch line to the timeless knock-knock joke: “That’s not funny!”