Say That Again, I WILL Kick Your Ass 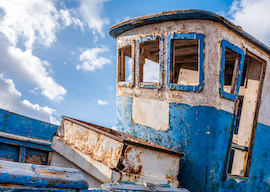 NEW YORK—I don’t mind it when you lie to me with marketing terms or puff me up with overblown predictions—I’m in show business, that’s what we do—but stop using these words that are designed to disguise what you’re really doing to me.

If you really wanna piss me off, use any of the following ten terms:

This is the equivalent of a 7-year-old on the elementary school playground who runs out of arguments and says, “I don’t care what you say! I’m not changing my mind!” It means “I’m tired of listening to you.” It means “Go fuck yourself.” I would honestly rather be told to go fuck myself.

This is a way of saying, “You passed the political correctness test,” or “You’re a person that I won’t block on Twitter,” or “You showed a surprising tolerance for the latest pronouncement of Ocasio-Cortez.”

Or just, “I’m surprised you’re not an asshole.”

(3) “Zeitgeist,” as in “You’ve captured something in the zeitgeist.”

This is a way of telling you that your observation is not that special, and not that universal, it’s just something that woke Germans have been thinking and your investigative skills allowed you to identify it. It has nothing to do with you. If you hadn’t written about it, it would have been discovered by Rush Limbaugh next week anyway.

(4) “Give me your elevator pitch.” This is the idea that anything you’re trying to launch, any new venture, should be synopsized in the time it takes to ride up or ride down on an elevator with someone.

“I don’t have an elevator pitch. If I’m describing any project worth doing, that’s not enough time.”

This is a way of saying, “I don’t have time to listen to your stupid idea.” Or it can be, “I might be willing to listen to you for 30 seconds so I can decide whether there’s any easy way for me to take advantage of you.”

I don’t have an elevator pitch. If I’m describing any project worth doing, that’s not enough time.

(5) The “male gaze,” as in “Every camera angle in this movie is corrupted by the male gaze.”

What this means is “There are a lot of beautiful women in the movie and we haven’t thrown mud on them or dressed them in drag.” Calling it “the male gaze” implies that (a) only males appreciate beautiful women, and (b) we hate women who aren’t beautiful. Both assumptions are false and by using the term you’re simply identifying yourself as a body-shamer.

This means you’re an out-of-date conservative boring conventional enemy of change. You have failed to acknowledge the awesomeness of Lanvin low-top sneakers. You are an old fart. By using “basic” you’ve just dismissed the other person out of hand.

(7) “Bandwidth,” as in “We have limited bandwidth for executing that, Joe Bob,” or “If you can find some available bandwidth, we’d like to add three more chapters to that assignment.”

Bandwidth is a substitution for “time,” “manpower,” “energy,” “scheduling,” and many other concepts in the arena of working. When hearing it, you first have to figure out which word the person is trying to use, therefore using up valuable bandwidth, you self-important poser.

(8) “In alignment,” as in “I want to make sure we’re in alignment with the diversity-and-inclusion people, Joe Bob,” or “We need to bring these ventures into alignment with our human-resources mission statement.”

This always means “I disagree with you but rather than hash it out I’m going to cite some universal principle at a higher level than both of us so that you won’t notice I’m disagreeing with you and you’ll have to give in because it’s bigger than we are.”

It’s a way to avoid engaging on any issue. It’s a way to say, “You scare me, Joe Bob, I’m not gonna talk about that at all.”

Spare me, please. I’m never gonna be in alignment.

Life is not the deck of a steamship. You may not have a wheelhouse, because a wheelhouse is a structure larger than yourself, and your brain may be so small that you use the word “wheelhouse” to mean something much, much smaller than yourself. That would make it kind of an idiotic metaphor, now, wouldn’t it?

But then again, it identifies you as a wheelhouse-user, making it much easier to kick you smack in the middle of your basic woke wheelhouse.