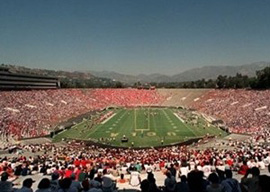 Centuries before William James coined the phrase, men have sought a “moral equivalent of war,” some human endeavor to satisfy the jingoistic lust of man, without the carnage of war.

For some, the modern Olympic Games have served the purpose, with the Cold War rivalry for medals between the United States and the Soviet Union, and, lately, between America and China.

But the Olympic Games, most of which involve individual athletes competing against each other, have never aroused the passions of soccer, where teams serve as surrogates for the tribe or nation.

Perhaps the most intense rivalry today is between Real Madrid and F.C. Barcelona, teams representing Spain’s largest cities, with the former a stand-in for nationalism and centralism and “Barca” a surrogate for Catalan separatism. During the Civil War, when Catalonia was a bastion of loyalist resistance, the head of F.C. Barcelona was executed by troops loyal to Gen. Franco.

Early this month, Etgar Keret of The New York Times attended a match between Beitar Jerusalem, which is associated with right-wing Israeli politics, and Bnei Sakhnin, the only Arab-Jewish team in Israel’s first division.

Keret volunteered to a loud, visibly anxious Arab he met, “It’s only a game,” and got this blistering reply: “For you, maybe, because you’re a Jew. But for us, soccer is the only place we’re equal in this stinking country.

“When the losing U.S. team was introduced, the stadium rocked again with boos.”

Throughout the game, Israeli and Arab fans shouted ethnic slurs and curses in the other’s language to be sure they were understood. As Keret writes, “The bad blood between the two teams has caused many of their matches to end in rock-throwing brawls.”

“Soccer is often more deeply felt than religion,” says Franklin Foer, author of “How Soccer Explains the World.” “I don’t see tribalism ever really disappearing. … People are almost hardwired to identify as groups. And … group identity always runs the risk of being chauvinistic.”

Which brings us to Saturday’s match in the fabled Rose Bowl, with 93,000 in attendance, between the United States and Mexico.

According to Bill Plaschke of the Los Angeles Times, when the U.S. team took the field it was “smothered in boos. … Its goalkeeper was bathed in a chanted obscenity. Even its national anthem was filled with the blowing of air horns and bouncing of beach balls.”

How did U.S. coach Bob Bradley respond to the reception his team received in America’s largest county? “Obviously … the support that Mexico has on a night like this makes it a home game for them.”

“A home game” for Mexico—in Pasadena?

“It’s part of something we had to deal with,” said the coach.