Say It in Style 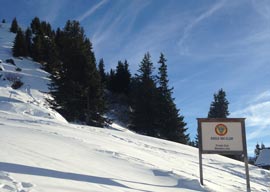 A naked, very good-looking young man skied down the mountain, evoking shrieks of laughter and admiration from the hundred or so skiers lining the slopes. He turned out to be J.T., my son, and it was an act of protest against the mind-numbing conversation of some people at the Eagle Club who were talking about titles. A friend had skied ahead and was waiting for him at the bottom with a blanket. Needless to say it became the subject du jour, and someone even filmed young women cheering the streaking skier as he schussed his way down at record speed.

His naked run to glory at least changed the subject up at the club. Unlike the ghastly Stephen Fry, who uses foul language in place of talent or wit, J.T.’s  action spoke loud and clear. Talking about one’s titles is a no-no, and should be left to N.O.C.D.’s (not our class, dear). Once upon a time Fry was considered funny. No longer. He only talks about himself and his same-sex partner or wife or whatever, and uses the F-word as an adjective for everything. He should be gently put to pasture.

Otherwise everything’s hunky-dory up in the Alps. I saw lots of a wonderful man, Wafic Saïd, and his wife Rosemary, and we laughed about how things have changed. When he was very young he applied for a loan from his London banker. When asked what collateral he had, he said his collateral was his word. He got the loan. That’s how it was back in my day also. (I’m older than Wafic.) But if I were a banker, I wouldn’t try this today. Last week my daughter tapped on someone’s car window and asked if they would advance, as they had blocked the whole street. Some horrible Brit emerged and screamed, “Who the F… do you think you are, knocking on my window like that?”

“Wearing an untucked shirt and one’s collar up might impress the cheap women in Syntagma Square, but it does not get one relief from the hated bailout conditions.”

Alas, I was somewhere else—you’re never there when I need you, Daddy—but it could have been interesting. A 78-year-old teaching a horrible yob nouveau millionaire a lesson, or conversely, being given one. Anyway, it would have been fun to send a newly rich pig to the dressing station for bullying my little girl, or take the lumps and the de rigueur visit to the dentist. I guess we won’t know until next time. If there is one, which I’m sure there will be, as manners are becoming extinct among the new rich.

Oh! for the days when the worst offense was asking a foreign dignitary’s wife if she “Likey soupy?” as the great Sir Denis Thatcher once did. Now it’s immediately the F-word and threats of physical violence by the heavy next to the newly rich pig. (And I apologize to our porcine friends, who would be appalled by the comparison if they could read.)

But as I’ve said time and again, such are the joys of living in resorts visited by such people. Many of us remember the time when care, courtesy, and respect were part of everyday life. Now the culture is one motivated by spite, envy, greed, and gloating, not to mention bragging and showing off muscle, mostly that of others you pay to come to your rescue. Not that the state does not interfere. The omnipotent state has replaced the ethos of the landed aristocracy and that of the Church, with one that ensures no one’s self-esteem ever takes a dive.

It has codified behavior and how we speak and think, and we have to think in the lowest common denominator. Back in the cities everyone’s into care and therapy, but up here in the Alps they’re into hedge funds and other such gadgets. Mind you, I’ve been taking a few lumps about Greece, a country my family has served loyally for generations, but one I’ve given up on until a political party like Golden Dawn is elected.

The trouble with Greeks is they’re so predictable. That clown that had his picture all over the newspapers and on television for ten days, Yanis Varoufakis, was all show, no substance. As is Tsipras: Fidel without the beard. Wearing an untucked shirt and one’s collar up might impress the cheap women in Syntagma Square, but it does not get one relief from the hated bailout conditions.