Scenes From a Quarantine 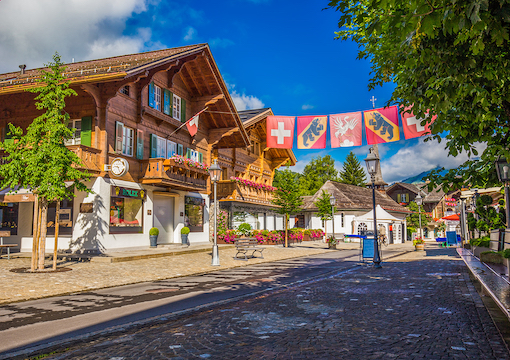 So the days dwindle down, September, November… This once-peaceful alpine town is packed with rich refugees fleeing the you-know-what from nearby cities crammed with real migrants. There isn’t an empty apartment left, and the locals are raking it in. Two good friends have died, the village is supposed to be locked down, but god-awful bikers are everywhere, yes, biking down the middle of narrow paths in case someone manages to distance from them. What boggles the mind is the mentality of the morons who refuse to practice social distancing. As the hotels, clubs, and restaurants are shut, surely they must be aware that there’s a virus making the rounds, yet they persist in brushing by one as if it’s touchy-feely season. Don’t these people ever listen to the news or read about what’s going on, or do they never avert their gaze from sci-fi garbage on TV?

I am very lucky in being halfway up a mountain, having a large terrace surrounded by a lawn that borders on farmland. My only neighbor just below is Geoffrey Moore, son of James Bond, and only one private road leads to our chalets. But during late afternoons I drive down that road and walk along it to the neighboring village about three miles or so and then return. I follow a road called “Wanderweg,” a tiny six-foot-at-most-wide path, and still horror bikers manage to invade it instead of using the asphalt road next to it.

The wanderwegs are supposedly for walkers only, no horses or bikes permitted, but try telling that to the half-wits who barrel by in their stupid helmets hunched over like hookers giving you-know-what-jobs. Still, the weather has been perfect, cool and sunny, the mountain air clean and fresh, and the isolation is good for the soul, although the high life has taken a downturn to say the least. Patricia Rawlings, an old friend since the ’50s here in Gstaad—she’s now in the House of Lords—made it worse last week by sending me some pictures of myself when very young that made me feel rather old. Oh, the slimness, the thickness of the hair, the permanent smile at the unlimited possibilities. My advice to you young whippersnappers is don’t get old.

“My advice to you young whippersnappers is don’t get old.”

As I don’t use social media I am averse to trolls, scam artists, and Boris-Trump haters online. Still, the haters get through somehow. I won’t soil the pages of our website by naming some of them, but it was so indicative of the left to take cheap shots at Boris while he fights for his life. They are as bad as those Trump haters over at The New York Times who are using the coronavirus crisis to heap insults and accusations on The Donald that would have been excessive against an enemy leader during World War II. How pathetic these Sulzberger people must be, what hate and frustration they must feel inside them to use the deaths of thousands in order to score political points. At times the left-wing media has trouble hiding its glee at the catastrophe because it diminishes Trump’s chances for reelection. I finish the day by reading The Telegraph and The Spectator before switching to books. The only reason to look at fake-news spreaders like the Times is in order to get material for my writing. Where else can one find professional liars and instigators for parties unknown like Thomas Friedman, Roger Cohen, and Frank (Francoise) Bruni, who apparently is going blind after reading too much of his own words. (Friedman recently has been pushing for Alexandria Ocasio-Cortez, an extreme-left maniac who is in Congress representing her kind of people from Queens and the Bronx—you know the kind, that you don’t wish to meet after dark—to become the Biden administration’s United Nations representative. AOC should be behind bars for aiding and abetting professional criminals, yet Friedman wants her to represent the U.S. Her latest: She demands reparations for minorities for the “environmental racism” of the virus!)

The day begins with breakfast and some reading, followed by an hour and a half of exercise on the terrace. Karate three times a week, pumping iron the other three, and always an hour’s brisk walk at sundown. Karate without an opponent is like simulated lovemaking. Like going to bed with a woman and just lying there. Karate without contact is like masturbation, but these are unique times and it does come in handy, pardon the pun. Pumping iron makes one feel stronger than one is, but at my age it really feels great. My son JT now looks like Charles Atlas, and he’s instructing me on how to lift for strength rather than muscle. Most of the work has to take place below the waist. Those are the muscles that count.

Oh yes, I almost forgot. Children also come in handy for things like a haircut. As everything’s shut, I got J (Figaro) T to give me a Burt, as in Burt Lancaster in a military crew cut playing First Sergeant Warden in that great film From Here to Eternity. As amazing as it sounds, he gave me a perfect Burt, except Lancaster was 6 foot 2 and I’m 5 foot 9. JT has been cutting his own hair—and he’s got lots—throughout his life, finding barbers chatty and useless. The wife cut my fingernails, the son cut my hair, and my daughter is giving birth next month ensconced in her Austrian castle. Until now the family has lucked out. But there’s no joy in saying this after what is going on in the rest of the planet. So I play games with myself, imagining a world where the bad guys catch it and the good guys are immune. It would be a far better place, this world of ours, what with no Guardian or NY Times, no CNN or Washington Post, but I must not think like that, people might take me for a NY Times columnist.