Scottish Aesthetics and the Game of Golf 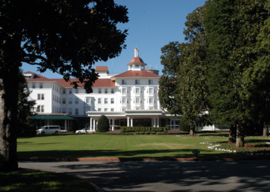 As the professional golf season crests this week at the U.S. Open, it’s worth noting that the game, while still growing in popularity among the robber barons of ex-communist countries like China and Russia, has been in long-term decline in the United States since the 2001 recession.

Although frequently derided as an old man’s sport, golf in fact appeals most to 30-something men. After the Baby Boomer cohort aged out of their prime golf years, the old Scottish sport has failed to gain cultural traction with America’s newer cohorts, who are alienated by golf’s obsolete customs, such as not cheating (even when nobody is looking).

By contrast, golf swept this country in the first three decades of the 20th century in large part due to the magnetic economic dynamism of Scottish-Americans. In the age of Andrew Carnegie and Alexander Graham Bell, golf was seen as a manifestation of the Scottish spirit that had driven its sons to tremendous business success throughout America and Canada.

“With no demand for new courses, much of the cultural energy in the game is currently devoted to restoring exclusive old golf courses to their eccentric pre-WWII aesthetic glories.”

It’s difficult to make clear for 21st century audiences how successful Scots were back then”though even now Scots remain among the most prosperous of Americans. The 1996 study The Millionaire Next Door reported that the Census Bureau had found:

That’s almost thrice the proportion of millionaires among Americans reporting their ancestry as English. The stereotype of Scottish thriftiness remains true:

While golf can be an enormously expensive sport today due to extravagant real estate, construction, and greens-keeping budgets, it started out centuries ago in Scotland as merely something cheap to do on coastal sand dunes that couldn”t grow crops.

Despite the similarities between how St. Andrews developed and the central British intellectual interest in theories of self-organization, I”ve never found any evidence that Smith played golf, nor his great successor Charles Darwin, who attended medical school in Edinburgh. (Charles” grandson Bernard Darwin did become the leading golf architecture critic of his time, though.)

However, the chief polemic for evolutionary theory in the decade before Darwin’s Origin of Species, the anonymously published Vestiges of the Natural History of Creation of 1844, a book that much influenced Darwin, turned out to have been penned by the keen golfer Robert Chambers while in St. Andrews.