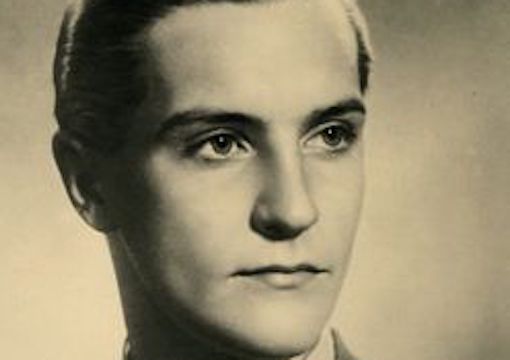 GSTAAD—That’s all we needed in a great year, for The Great Gatsby’s copyright to expire. Some Fitzgerald wannabe has already cashed in with a prequel, and I’m certain the worst is yet to come. I suppose the insatiable hunger for fame and celebrity in order to impress a shallow and scatterbrained blonde across the water made Gatsby a very tragic hero, but not as tragic as Hemingway’s Jake Barnes, who had his you-know-what blown off in the war and could only flirt with Lady Brett from afar. Or Scott’s other tragic hero, Dick Diver, whose talent was wasted away while amusing his rich wife’s friends.

At least the Gatsby prequel has been written by a very good writer—I am told—who can create atmosphere, but I hate to think what future copycats will come up with. “Do not paraphrase the classics” was the first thing I was told back in lower school, and Gatsby is as classic as one can get. Can you imagine the horrors Hollywood can now come up with? Paris Hilton or Kim Kardashian lolling by a giant piano-shaped swimming pool, while far out at sea on his hideous mega-yacht a lovelorn multibillionaire coke dealer portrayed by Cuba Gooding Jr. or Michael B. Jordan pines away and indulges nonstop in his product, leading him to…no, I won’t go on, it’s too horrible to contemplate—but it will come. Ironically, I recently met a man who does just that, Anthony Horowitz, and he couldn’t have been nicer. Typically, I had no idea who he was as we lunched with him and his wife Jill Green, along with Barry and Lizzie Humphries, chez Aliki Goulandris. It was an outdoor lunch in a great garden on a brilliant day and the only hint we got was from Barry, who mumbled something about Horowitz also doing some scribbling. Sherlock Holmes, James Bond, and Foyle’s War are among Anthony’s scribbles, and although he didn’t invent Sherlock and James, I am told they remain true to their creators.

“Marseille was not only a great fighter pilot, he was just as successful with the ladies.”

I remember well in prep school in America during study hall for recalcitrant boys when a Mister Barrett caught me with a book under the desk while an unsolved algebra problem stuck out like a sore thumb on it. “Let me see what dirty book you’re hiding down there,” said Barrett, an extremely good-looking man whose face was burnt and disfigured when his bomber caught fire on crash landing back in England after a raid. I was reading Tender Is the Night and showed it to him. “Keep reading it,” said the master, “and screw algebra.” He was, of course, an English teacher and a Hemingway-Fitzgerald fan, and a highly decorated pilot whose hero was the Luftwaffe’s Hans-Joachim Marseille, the unequaled virtuoso among fighter pilots (158 kills) before jumping out of his burning airplane and hitting the tail. Mister Barrett and I had long nighttime sessions about the war, and he used to enjoy listening to my tales of heroic deeds by the Germans, as told to me by my German nanny. “Never saw one, dead or alive,” he told me, “but I sure respected their fighter pilots.”

Marseille was not only a great fighter pilot, he was just as successful with the ladies. He angered Goering when the fat one asked him if he would go for 200 kills after having decorated him. “I passed that milestone long ago,” said Marseille, referring to women.

And speaking of the fairer sex, Spectator lawyers have killed my two previous mentions of this subject, so I shall try a third time lucky, as they say. And in order to make sure this gets through, I won’t mention any names but leave it up to the readers to figure “them” out. One of the pleasures of my life is reading tabloid descriptions of rich perverts like Jeffrey Epstein running around in top society circles whilst raping underage girls. There are only two things wrong with this description: First, there is no longer anything resembling top society in America today; and second, even the dregs of a nonexistent society would not have been seen dead in the company of Epstein. The tabloid writers need to invent, but the truth is that Epstein could not get arrested—socially, that is—and all those big names Epstein had in his Rolodex were his clients. He provided the girls and they paid him lotsa moola. But 158 million greenbacks paid to him by Apollo Global Management must have also involved blackmail, because such sums simply do not make sense. Successful billionaire businessmen do not pay hundreds of millions for advice from a onetime mathematics teacher to 16-year-olds at a so-so Manhattan school like Dalton.

Everyone whose brain is still attached to their head was aware there was blackmail involved—except, it seems, the Fourth Estate, whose business is to uncover such matters. It reminds me of the penguin who walks into a bar and asks the barman if he’s seen his brother. “What does he look like?” asks the barman. The lawyers made sure no one wrote anything, and of course all this will come out if la Maxwell ever decides to really spill the beans, which I suspect she won’t. What are her reasons for not spilling? How did she end up with twenty to thirty million in the first place? And what did the penguin’s brother look like?